We've all heard of Better Than Sex mascara.

The Too Faced cosmetic has become somewhat of a staple of the mascara community (?) in recent years. 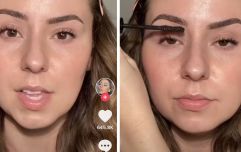 A €12.99 mascara is going viral for looking exactly like false lashes

END_OF_DOCUMENT_TOKEN_TO_BE_REPLACED

Mainly due to the fact that people haven't stopped arguing about whether it's actually better than sex or not.

Our suspicions tell us that the answer is, in fact, no.

That hasn't stopped the product from being intensely successful though, sold all around the world in countries like Ireland, Canada, Mexico and, of course, Saudi Arabia. 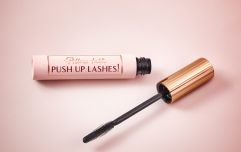 Save, Spend, Splurge: 3 mascaras for longer lashes in every price range

END_OF_DOCUMENT_TOKEN_TO_BE_REPLACED

And far more wholesome (and accurate), to be fair.

The discovery was made recently by Reddit user 'L0571' who shared the photo after they picked up the product in a Saudi Arabian Sephora.

It wasn't long either before people started sharing their own stories of things with names that were censored to say other things.

And some of them are super interesting.

"Becca’s Champagne Pop has been edited to C-Pop in France because Champagne is a protected name here (AOC-AOP). Only the sparkling wine produced in France, in the Champagne region, following strict processes, can be called Champagne.

"Any other use is illegal and the Champagne union/lobby will sue the fuck out you if you try to use it."

"They changed so many of them to just a letter or abbreviation! Super orgasm is SO, seduction is SED, deep throat is DT, etc."

popular
Irish girls name was the most used Irish name in the United States last year
Love Island: Danica sets her sights on Andrew as Luca asks Jacques about his relationship with Gemma
ER and Ray Donovan actress Mary Mara dies after drowning incident
Dublin Airport not ruling out a "flight cap" amid chaos
"It is no small thing:" Sharon Stone shares she experienced pregnancy loss nine times
Cancer campaigner Deborah James passes away aged 40
Vicky Phelan "holding her own" as she shares health update
You may also like
2 years ago
One of these €6 mascaras is sold every 2.5 seconds and we can see why
2 years ago
Kate Middleton's fave mascara is honestly one of the best we've ever tried
2 years ago
Say hello to the mascara that will probably change your life (and it's only €4.40)
2 years ago
Jessica Alba just revealed the most GENIUS mascara hack, and it'll change your life
2 years ago
This amazing €5 mascara will literally make your lashes look fake
3 years ago
The €4.50 mascara you're going to want in your makeup bag
Next Page