In The Pink! Cara Delevingne is Sporting a Dramatic New Look

Cara Delevingne has debuted a dramatic new 'do.

The model and actress, who is currently on the PR trail for her upcoming movie, took some time out over the weekend to see music star girlfriend St Vincent perform at the Osheaga Music and Art Festival in Montreal, Canada. 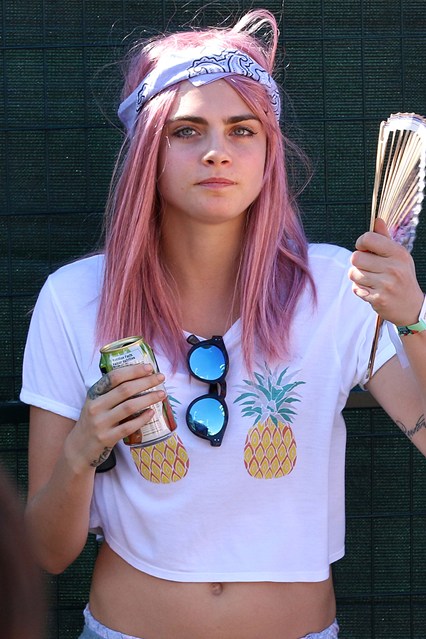 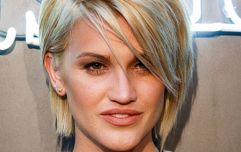 Ashley Roberts Gets New Do... Looks Like Frenchie Out of 'Grease'

END_OF_DOCUMENT_TOKEN_TO_BE_REPLACED

It was a relaxed weekend for the star after a difficult few days. Cara hit the headlines after a televised interview with Good Day Sacramento went awry. She was appearing in promotion of her starring role in the big screen adaptation of John Green's Paper Towns, but it seemed that the interviewers' questions left her somewhat baffled. The hosts went on to tell her she "needed a nap".

On Saturday Cara made light of the interview, in particular the suggestion that she may not have read the book, with a pointed barb on her Instagram account.

I JUST FOUND THIS BOOK! ITS AWESOME!

popular
Here's why Nicola Peltz-Beckham's family are suing her wedding planners
Tommy Fury responds to Jake Paul ruining his baby news
Chrishell Stause faced "unbelievable" trolling for relationship with G-Flip
Looks like Maura Higgins knew Molly-Mae's baby name this whole time
Love Island's Zara speaks out after being dumped from the villa
Why Are Men so Obsessed With Boobs? The Answer is Pretty Surprising...
Bachelor Nation star Sarah Herron's baby passes away shortly after birth
You may also like
3 years ago
Turns out, this colour of wine gives you the WORST hangover
4 years ago
Love a bit of gossip? It might not be as bad as you think
6 years ago
Lily Allen has revealed that she was stalked for seven years
6 years ago
Pretty Little Liars actor Brandon Jones could be facing over five years in prison
6 years ago
Gwen Stefani Receives Massive Backlash After "Insulting" April Fools' Prank
6 years ago
Katie Price Names And Shames The Twitter Trolls Bullying Her Son Harvey
Next Page