Januhairy: women are throwing away their razors this month to address the prickly issue of body hair

The New Year brings a host of new possibilities.

It also brings a load of body hair.

And then we've got Januhairy - the #NewYearNewYou challenge that encourages women to bin their razors, cancel their wax appointments, and let it all grow freely.

Started a few years back by UK student Laura Jackson, the movement was originally a call for women to ignore the societal pressures inflicted on them concerning the way their bodies look.

According to Women's Health, the drama student ended up growing out her body hair for a role - eventually deciding that she wanted to keep the natural dream alive and #StayHairy.

Since then, Januhairy has taken on a mind of its own, with women from all around the globe taking to Instagram to share photos of their pits, shins, and inner thighs - hair and all.

But this year, it's not just about the hair and the societal implications that come with it: it's about saving the planet too. 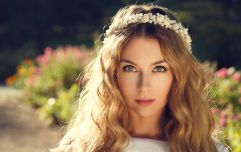 Bride-to-be? You'll want to tell your makeup artist about this glow-giving face product

END_OF_DOCUMENT_TOKEN_TO_BE_REPLACED

Those among us who have opted to grow out their hair for the month, the year, or the rest of their lives have also been doing a solid by donating to a campaign dedicated to protecting the world's forests.

The aim is to draw attention to the natural female body while protecting the natural world all at the same time.

"Our charity focus this year is to support TreeSisters in protecting, restoring and funding reforestation," said Januhairy on Instagram.

"Give back to the earth and show some support for the women of Januhairy, by digging deep into your pockets and supporting this charity in funding important tree plantations."

As with most movements that involve women doing things that men general don't approve of (see free-bleeding, abortions, and achieving the right to vote), Januhairy - despite its solid, do-good implications - has received a fair amount of criticism online. 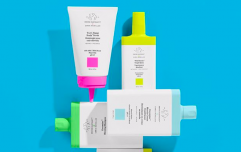 END_OF_DOCUMENT_TOKEN_TO_BE_REPLACED

And while there's always the odd fair Tweet or comment that questions why growing body hair should ever be considered as rogue or outrageous, the majority of the critiques do seem to come in the form of a succinct and telling: "Ew."

What it all boils down to is that, for the most part, women are expected to be hairless - and it's this expectation that Januhairy seeks to eradicate.

If a woman feels more comfortable growing out her body hair, then cool, she should be allowed to do that without the act being deemed a shocking and rare statement.

But similarly, if a woman prefers to shave her entire body once a week because she enjoys the smooth, silky feeling of sliding beneath her fresh bedsheets after a long hard day at the office, she shouldn't be judged for doing that either.

The issue, as aforementioned, is still a prickly one. But maybe it shouldn't be.

Until then though, surely we can all just go ahead and do out bit to save the planet regardless.

Hair or no hair.


popular
Introducing the €35 Penneys coat you're going to see everywhere on Instagram next season
BRB, running to Penneys for the €19 trousers that look like they cost ten times the price
Say hello to the €40 Stradivarius dress you're going to be seeing everywhere in summer
Holly Willoughby's Zara shirt is the workwear must-have you need in your life
EastEnders have 'revealed' Bex Fowler's exit storyline
The comfy €42 M&S boots we're going to be living in all spring
Netflix's The Woods is the thriller that will be your next TV obsession
You may also like
2 days ago
No chemical peel needed: 7 easy ways to achieve the glowing skin of your dreams
1 week ago
The cult beauty buy Rosie Huntington-Whiteley, Victoria Beckham and Holly Willoughby adore
2 weeks ago
Saoirse Ronan debuted a fab new hairstyle on last night's Oscars red carpet
2 weeks ago
The ONE secret to glowing skin that every woman over 30 needs to know about
2 weeks ago
Holly Willoughby reveals the €17 beauty buy that makes her look more awake in the morning
2 weeks ago
#GE2020: Meet the Irish MUA who has turned her platform to politics
Next Page