Kat Von D has responded to criticism surrounding the latest adverts for her eyeliner.

The model and tattoo artist recently released a campaign to promote her range of 'Basket Case anti-precision eyeliners.' 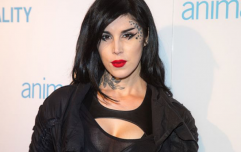 END_OF_DOCUMENT_TOKEN_TO_BE_REPLACED

He and Von D are hand-cuffed together, directly referencing a famous photo of punk stars Sid Vicious and Nancy Spungen.

Sid and Nancy's abusive relationship eventually led to Nancy's death, allegedly at the hands of Sid.

The pair were known for their turbulent relationship and excessive drug use. Nancy had also suffered from schizophrenia since the age of 15 and was described as an "emotionally disturbed" child.

Allure reports that Von D had been receiving criticism for her reference to Sid and Nancy in her eyeliner ads.

One Instagram user, Holly Quinn, shared a post accusing the model of "romanticising" the pair's relationship in order to sell makeup.

She also made reference to Nancy's mental illness and the term "basket case" which originally meant somebody who was traumatised from the war.

Quinn's Instagram page has since been set to private, however, Von D responded to the criticism saying that claiming she was "capitalising on mental illness is such a big reach and you should be ashamed of yourself for such an accusation." 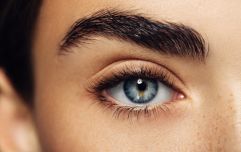 Want your eyebrows to look like they're microbladed? Then you NEED this product

END_OF_DOCUMENT_TOKEN_TO_BE_REPLACED

"I don't think you realise how much harm you are actually causing by nitpicking a campaign that has nothing to do with mental illness.

"Yes, Nancy may have been schizophrenic but Friedrich Nietzche suffered from cognitive decline, dementia, and depression."

"Edith Piaf, Billie Holiday, Ludwig Van Beethoven and many more of my personal heroes struggled with drug abuse, alcoholism and depression as well.

"This does NOT mean their lives and work shouldn’t be celebrated."