Making Scents: What Your Christmas Fragrance Reveals About Your Relationship

The fragrance your partner buys you this Christmas can unlock the secret to discovering how serious they deem your relationship, according to figures released today by high street retailer Debenhams.

The survey of 2,000 customers, revealed that 47%* of Irish males referenced the ‘stage’ of their relationship as a guide when purchasing fragrances as a gift for their partners. Those in the ‘courting’ stage opted for romantic sounding fragrances such as ‘Beautiful’ by Estee Lauder, ‘Romance’ by Ralph Lauren, ‘Love’ by Chloe and ‘J’ adore’ by Christian Dior in the hopes of projecting a softer, more optimistic side.

New relationships presented an opportunity to impress their partners with fragrances from popular designer names such as ‘Just Cavalli’ by Roberto Cavalli, ‘Flora’ by Gucci, ‘Candy’ by Prada and ‘Daisy’ by Marc Jacobs. Relationships thought of as more ‘casual’ were met with a celebrity based fragrance linked to their musical taste such as ‘Heat’ by Beyoncé, ‘Reb’l Fleur’ by Rihanna or ‘Fame’ by Lady Gaga.

Those in serious relationships or married opted for fragrance classics such as ‘Chanel No5’, ‘Eternity’ by Calvin Klein, ‘Angel’ by Thierry Mugler, ‘Opium’ by Yves Saint Laurent and ‘Tresor’ by Lancôme. 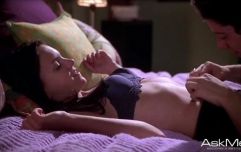 END_OF_DOCUMENT_TOKEN_TO_BE_REPLACED

Interestingly, the survey also revealed that women on the receiving end of celebrity endorsed fragrances felt the gift lacked a personal touch, while 53% of Irish females surveyed felt a romantic sounding fragrance from their significant other was a sure sign they were ‘meant to be’.

popular
Wagatha Christie: Rebekah Vardy storms out of court just 30 minutes into final day
Claire Byrne Live viewers in shock as woman shares family DNA secret
Only a matter of time before monkeypox spreads to Ireland, says expert
Denis Sulta had a cameo in Derry Girls alongside his girlfriend Saoirse-Monica Jackson
Someone has ranked the penis size of men from all over the world
Here's the top 10 Louis Theroux docs streaming on Netflix right now
How to INSTANTLY unblock your stuffy nose (we swear this works)
You may also like
2 years ago
The 10 stages of a relationship as told through sexual positions
3 years ago
9 moves men think are foreplay that are NOT foreplay
3 years ago
This is apparently the 'ideal' age to get married... and we're not buying it
3 years ago
The one thing that couples should do together every day
3 years ago
The three questions you should ask before ending a relationship
3 years ago
Apparently, living together before marriage can have THIS side effect
Next Page