It drives her mad!

Nobody can deny the incredible success of Marissa Carter.

She started a salon a number of years ago, and has pretty much been building an empire ever since. 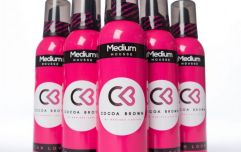 END_OF_DOCUMENT_TOKEN_TO_BE_REPLACED

I was lucky enough to sit down with Marissa Carter recently, to chat about her business successes.

There I was having a great time, asking loads of fun questions.

Until I landed on one that she was less than happy with (and I don't blame her to be honest).

I asked: "Were you surprised by the instant success of Cocoa Brown?"

"I HATE when people say that Cocoa Brown had instant success," she said.

"It did not have instant success! Nothing was instant. I had built up loads of customers in the salon; that did not happen overnight."

"My salon was eight-years old when I started Cocoa Brown so I had that kinda ready-made base of customers to start out with." 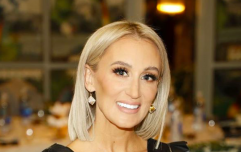 END_OF_DOCUMENT_TOKEN_TO_BE_REPLACED

So much hard work and time went into developing Cocoa Brown.

Carter Beauty Behind The Brand follows Marissa as she prepares to launch her most ambitious project yet: Carter Beauty Cosmetics.

You can watch the first episode - The Beginning Of An Empire - of Carter Beauty Behind The Brand here:

Girls With Goals || Her · Ep.160: The Beauty Of Coaching - Hayley Harrison joins us from Sport Ireland
popular
The countdown is on! 10 things we'll be racing to Penneys for when they open
Here's what happens on every day of your menstrual cycle (roughly)
Someone has ranked the penis size of men from all over the world
More footage of Tristan Thompson cheating on Khloe has emerged
Why Are Men so Obsessed With Boobs? The Answer is Pretty Surprising...
James Franco Has Opened Up About His Relationship With Lana Del Rey
Love is dead... Shakira and her husband Gerard have reportedly split
You may also like
1 year ago
Cocoa Brown has just launched an amazing tanning water, and we're excited to try it
1 year ago
'I do think women are naturally more risk-averse than men': Marissa Carter on female entrepreneurs
1 year ago
Cocoa Brown has just launched two brand new VEGAN products, and they're class
1 year ago
This is how Marissa Carter got the name for her Cocoa Brown tan
1 year ago
Cocoa Brown's instant tan is BACK and to celebrate we're giving away a years supply for you and your BFF
2 years ago
A massive amount of Irish woman have admitted to only tanning their ankles
Next Page