Marissa Carter: 'There was a lot of expectation but I needed it to be different from Cocoa Brown'

Brought to you by Carter Beauty Cosmetics.

When pressure forces you to make decisions, take the time - even a trip to the salon - to make sure your gut feeling is giving you the green light.

That's exactly what Marissa did.

As part of our six-part docu-series that takes a peek #BehindTheBrand that is Carter Beauty Cosmetics — we're learning a whole lot about — the beauty guru behind herself and the creation of the perfect brand.

In Episode 4 — Packaging: Looks Are Everything — Marissa explained that, yep, she was kind of indecisive about what look she wanted for her brand. Even though she was working her butt off and had an exceptional team behind her, this was the one aspect that was SUPER stressful.

"This time around I found it a bit tricky coming up with the branding and packaging and I felt like there was a lot of expectation for the brand to be amazing and for the packaging to stand out... but I needed it to be different from Cocoa Brown.

Episode 4 — Packaging: Looks are Everything

"I had three different incarnations of packaging before I settled on the pink and purple, and it was absolutely last minute that I decided on them.

"[Originally] I wanted a marble affect, but in loads of different colours. Then I scrapped that idea.

"The designer did all this - all the packaging was done."

It wasn't until Claudia — Marissa's right hand woman — told her she was due to fly to China to finalise everything, that the pressure was truly on. If they didn't sign off on the design ASAP, nothing would be ready on time for the launch.

"I said, 'Look, I just have to go and get some head space — I'm gonna go get my nails done and I'm just going to think about it because when I was doing the packaging for Cocoa Brown, there was loads of back and forth, but then as soon as I saw what is now the Cocoa Brown bottle, I went 'ah, yes — that's it!' 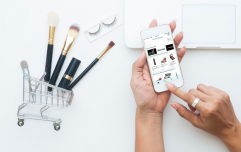 Beauty Buddy - the new and essential app for beauty fans (and we love it!)

END_OF_DOCUMENT_TOKEN_TO_BE_REPLACED

We know now that Marissa did indeed find the packaging that would come to be recognised by every woman in the country.

But not without months of constant pressure, endless deadlines, decision-making, determination and a vision for what would become Carter Beauty Cosmetics.


popular
The PERFECT €22 Penneys dress everyone will be rushing to buy in the coming weeks
The story behind Netflix's latest true crime documentary is absolutely off-the-wall bonkers
Getting married in 2020? These ASOS bridesmaid dresses are seriously gorgeous
Penneys are now selling Riverdale t-shirts and yeah, we need them all
So, William and Harry have a step sister... and who knew?
Here's why Josh Sanderson is missing from To All The Boys: P.S I Still Love You
Life's Mottos: Top Ten Inspirational Quotes
You may also like
1 week ago
QUIZ: Are you using condoms properly?
2 weeks ago
WIN a hoodie hamper from Gym+Coffee to spruce up your spring workout
2 weeks ago
First-time buyers! Make Valentine's perfect with a free romantic movie and some mortgage advice
4 weeks ago
WIN a two-night stay at the Westgrove Hotel to give yourself a much deserved break
4 weeks ago
Doing Dry January? WIN this perfect alcohol-free getaway to reward yourself
1 month ago
QUIZ: Can you guess what society's most infuriating daily disruptions might be?
Next Page