North is turning into quite the little Diva...and we bet she didn't lick that off a stone!

Kim came on the social media platform to talk about the latest products from her KKW Beauty Line and North was on hand to give a live demo! 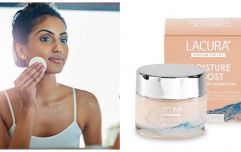 END_OF_DOCUMENT_TOKEN_TO_BE_REPLACED

The thirty-eight-year-old reality star tried to offer North tips when applying foundation, "it's about blending, boo", but the five-year-old was a bit more liberal in her technique for applying Kim's base.

North then used the new KKW black eyeliner to pen the letters KKW onto her mum's cheek - and that's when disaster struck!

Apparently, the mum of three moved, causing North to smudge the makeup and it did not go down well.

As the little girl hysterically cries on the floor, Kim says:

“I moved, I’m sorry, I moved. “I didn’t know it would cause this much of a big deal! My makeup artists usually don’t act this way!”

Eventually, North is coaxed to return to the task at hand and is even given a helping hand from Dream, Rob Kardashian's two-year-old daughter.

Somehow, we don't think we'll be recreating it anytime soon!

popular
Dublin Airport in "shambles" after weekend of chaos
Why Are Men so Obsessed With Boobs? The Answer is Pretty Surprising...
3 simple but effective ways to prep your skin for the summer
Coleen Rooney shares "suspicious" DM she received from Rebekah Vardy before Wagatha Christie
Doctor Strange actress Zara Phythian receives 8 years for child sexual abuse
Opinion: Why is everyone obsessed with Alexa Demie's age?
Here's what happens on every day of your menstrual cycle (roughly)
You may also like
1 month ago
Is she...? Britney Spears sparks pregnancy rumours with image of pregnant belly
2 months ago
Billie Faiers "went mental" after woman smacked her son during a flight
3 months ago
"Our hearts are broken": Singer Meat Loaf dies aged 74
5 months ago
"You have no clue": Jennifer Aniston hits out at claims she chose career over having children
5 months ago
Amanda Byram "bursting with happiness" after welcoming first child
9 months ago
Jennifer Aniston and David Schwimmer are apparently dating in real life
Next Page