We've heard of Kim Kardashian hiring body doubles to wear her outfits before she and tbh, we thought that was pretty extra but, Rihanna latest revelation knocks Kim's straight out of the water. 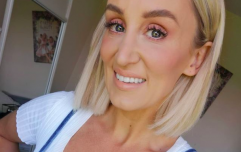 END_OF_DOCUMENT_TOKEN_TO_BE_REPLACED

Revealing in an interview with ET over the weekend, celebrity eyebrow artist Damone Roberts admitted that  Rihanna hires lookalike models simply for testing out new eyebrow shapes before she commits to a different style herself. Yep, eyebrow shapes.

From the arch to the shape to the tint, RiRi isn't going to chance messing up her signature look with a dodgy brow job and so, she actually has a team of doubles which she experiments on... fascinating.

"We first met for the Met Gala and she wanted to lighten her eyebrows. Rihanna's so fly that she has a lookalike model come by your space and you try out different looks on the eyebrows of the model and you send pictures to Rihanna and she decides whether she wants to do it or not," reveals Roberts.

Roberts continued to explain that once Rihanna gave the brows the green light, she flew her over to NY to take care of her brows for the prestigious event.  I mean, if that isn't serious commitment to looking on fleek, I don't know what is.

popular
You stars Victoria Pedretti and Dylan Arnold spark romance rumours
Channel 4's Breastfeeding My Boyfriend doc criticised for contributing to stigma
Viral TikTok shows how to keep warm wearing tights in winter
Brian Laundrie parents 'to cremate body with no funeral' amid mystery over cause of death
Late Late Show viewers are not happy with Ryan's questions for Billy Connolly
Britney Spears says she want justice after her family hurt her “deeper than you’ll ever know”
Here's what happens on every day of your menstrual cycle (roughly)
You may also like
15 hours ago
Woman in 20s seriously injured in motorbike hit-and-run in Dublin
2 days ago
Friends actor James Michael Tyler has died, aged 59
4 days ago
Former detective chief says Brian Laundrie discovery is "strange"
4 days ago
Alec Baldwin 'heartbroken' after accidental death of Halyna Hutchins
4 days ago
Weather warning issued for 2 counties ahead of "heavy rain" this weekend
5 days ago
Investigation launched after news channel airs 13 seconds of porn during weather
Next Page