Does body hair turn you on? Well, you're in the minority, apparently. 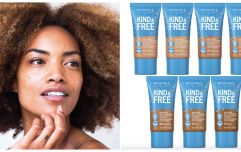 END_OF_DOCUMENT_TOKEN_TO_BE_REPLACED

According to a new survey almost three quarters of Irish people (both male and female) would "most likely" or "definitely" be turned off dating someone if they found out they were hairy.

The research, conducted by Thérapie Clinic, saw 254 adults in Ireland answer questions relating to body hair and attractiveness, with over half of Irish men (52 per cent) saying they dislike body hair on women and almost half (49 per cent) agreeing that they would encourage a woman to have her body hair removed.

Before you become (understandably) irate, female respondents also revealed that body hair is a turn off for them, with almost 4 in 10 admitting they encourage their male partner to remove his fur.

Advertisement
We would majorly contest these results.

popular
Wagatha Christie: Rebekah Vardy storms out of court just 30 minutes into final day
Only a matter of time before monkeypox spreads to Ireland, says expert
Claire Byrne Live viewers in shock as woman shares family DNA secret
Why Are Men so Obsessed With Boobs? The Answer is Pretty Surprising...
Denis Sulta had a cameo in Derry Girls alongside his girlfriend Saoirse-Monica Jackson
Get Out has officially dropped on Netflix and we know what we're watching tonight
How to INSTANTLY unblock your stuffy nose (we swear this works)
You may also like
2 weeks ago
'Vacation glow hair’ is trending – and here is how you achieve it
3 weeks ago
Women are sharing pictures of their saggy boobs on social media – and here's why
1 month ago
Scents of summer: 5 new fragrances for the season ahead
1 month ago
Thin hair? People are raving about this DIY rosemary hair spray for thicker hair
1 month ago
Tinker Bell bangs: the cute fringe style Megan Fox is sporting
1 month ago
Spring best buys: 10 new beauty products we tested and loved this month
Next Page