Time to relive your teens - the Juicy Tube is coming back

We feel nostalgic just looking at the packaging.

If you came of age wearing Impulse body spray, straightening your side-fringe across your forehead and coveting outfits from Jane Norman, you're about to get very excited.

Lancôme has announced that it's bringing back its iconic Juicy Tubes. 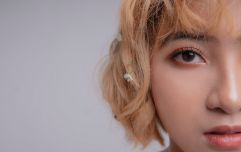 END_OF_DOCUMENT_TOKEN_TO_BE_REPLACED

Wet-looking, frosted lips were make-up goals in the mid-00s - and anyone who was a teenager at that time will likely have saved up to buy a Juicy Tube, the glossiest of glosses.

As the 2010s rolled around, 90s-influenced beauty ushered in matte lips. The shiny, frosted look started to feel dated and the Juicy Tube was discontinued in a number of countries.

But, as with any cult product, there were always die-hard fans. Dedicated chat room threads sprang up across the internet, devoted to finding something, anything, that could compare. Now these fans will no longer have to settle for a dupe. 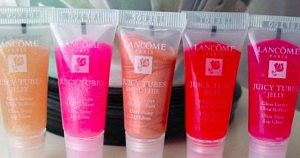 To celebrate 20 years since it was first released, the Juicy Tube is being relaunched in a major way.

While there were originally just eight shades, the new range has 20 different options. There are three finishes to choose from - sparkle, cream and jelly - and, like all of the products we used in the 2000s, they're scented.

The new Juicy Tubes are now available from Sephora internationally but, sadly, we don't have any word yet on where or when they'll be on sale in Ireland. Once we do hear, you'll be the first to know.

Girls With Goals || Her · Ep.151: 'A Story Shared' - Aoife P. Rafter on blogging during a pandemic and living with CF
popular
New weather warning issued as Storm Christophe passes over Ireland
Matthew Perry's dad was a character on Friends and how did we not notice?
Joe Exotic has limo waiting as he expects presidential pardon from Donald Trump
INTO asks government to reconsider limited reopening of schools due to "grave safety concerns"
A café in Sligo has created a breakfast in bed treat box for two for Valentine's Day
Gilmore Girls star says he didn't storm the Capitol, praises those who did
Someone has ranked the penis size of men from all over the world
You may also like
4 months ago
Save, Spend, Splurge: 3 mascaras for longer lashes in every price range
4 months ago
There's a Friends makeup collection coming, featuring Phoebe, Monica, and Rachel palettes
4 months ago
Charlotte Tilbury reveals new Bejewelled Eyes to Hypnotise instant eye palette
4 months ago
4 big beauty routine changes I've made this year
5 months ago
Charlotte Tilbury's new Pillow Talk mascara is dropping this month
5 months ago
The €9 buy fans swear is an EXACT dupe of Estée Launder's popular Double Wear foundation
Next Page