Yes, clip-in veneers are a thing.

They pretty much do exactly what they say on the tin – you can buy custom-made veneers that slide on over your own teeth and can be worn all day long.

Here’s how I got on with mine. 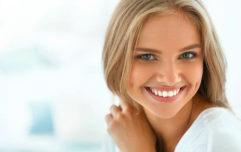 END_OF_DOCUMENT_TOKEN_TO_BE_REPLACED

I’ve never been too self-conscious about my teeth but when I heard about these, I had to give them a go. I got mine from Aisling of the Teeth Whitening Fairies in Walkinstown, Dublin.

On my first consultation, she told me that some people get the veneers to put in for a special occasion when they want to look their best, while others wear them every day. 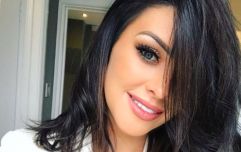 END_OF_DOCUMENT_TOKEN_TO_BE_REPLACED

Aisling herself was wearing them all throughout the consultation and I didn’t notice until she took them out and showed them to me.

She started by asking me what I wanted and I told her that I was pretty happy with my own smile but that I wouldn’t mind if my teeth were a little more even and more white.

She then took a mould of my teeth with a substance that was like marla. I squished it into my mouth and around my teeth and sat with it on for a few minutes until it set.

Aisling then sent it off for a set of veneers to be made for me.

Around a month later I got them back and was excited to try them out.

They're made of a very thin but durable plastic. The first thing I noticed was how comfortable they were - they fitted my mouth perfectly.

Here are my own teeth (in a stunning close-up): 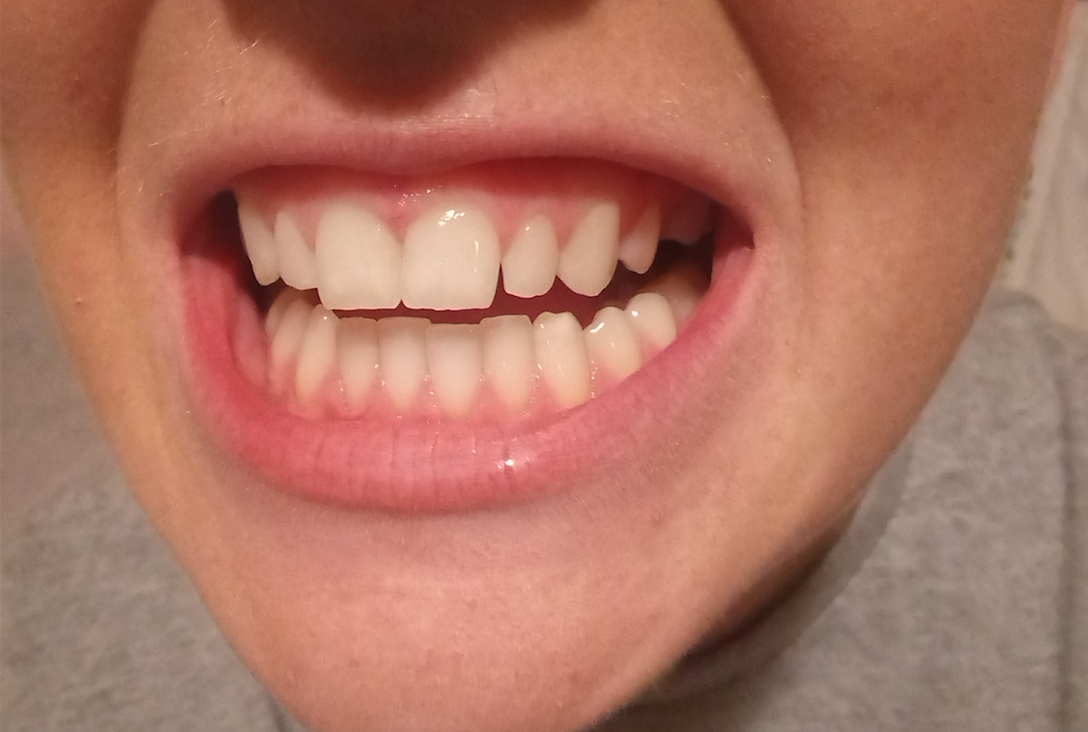 And here are my veneers: 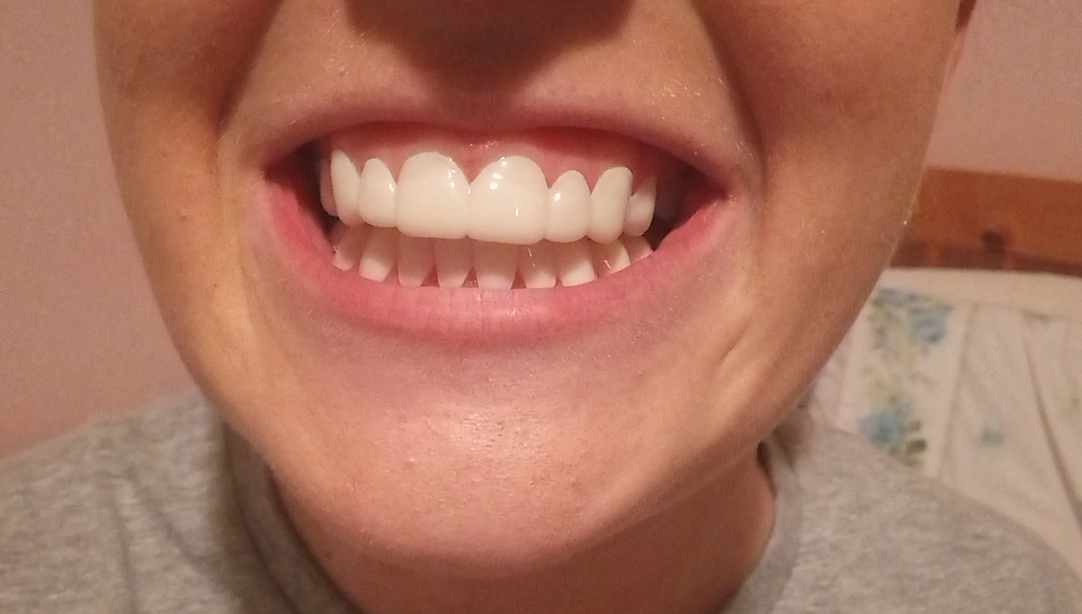 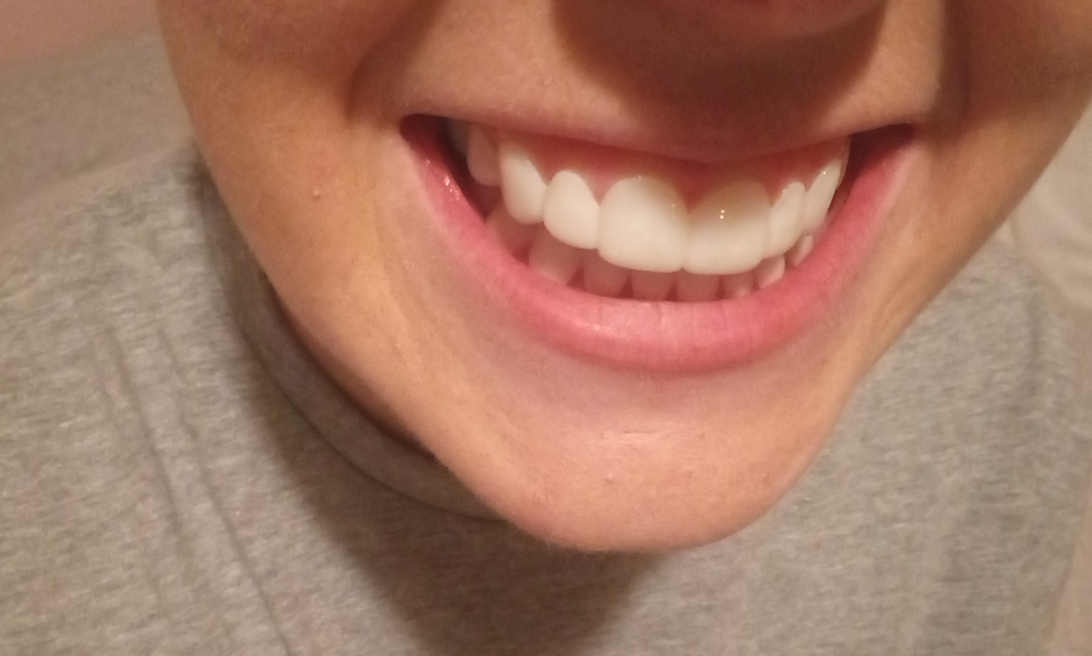 They looked like my own teeth, just straighter and more even and slightly bigger, which makes sense as they had to sit on top of my teeth.

They’re pretty lightweight and kind of felt and looked like the plastic vampire teeth people wear at Halloween – without the fangs, obviously.

They were also super white. Like, Jack from Love Island white. This means that they make for gorgeous photos but made me feel a little self-conscious when I walked into the office wearing them.

I’d thought they wouldn’t be too noticeable but everyone I saw spotted that there was something different.

As the day went on, I forgot I was wearing them as they were so comfortable over my own teeth.

I did feel a little conscious about just how big and white they were, though a lot of that was possibly in my head.

Though Aisling told me that they can be worn while eating, I was worried something would get caught under them so I took them out for lunch, which made me feel like I was back in school and wearing a retainer.

Like anything you put on your body, the veneers are perfectly hygienic once you look after them properly.

Aisling told me that I should simply rinse them after I take them out and store them in the plastic box I got them in.

They’d definitely take some getting used to and I don’t personally think I’d wear them every day, just for the fact that I like my own teeth and because I was quite aware of them in my mouth.

That said, they could really suit someone who maybe doesn’t like one aspect of their smile but doesn’t want to commit to a full mouth makeover.

They would be lovely for photos and I can really see why people use them for special occasions.

Are they worth the money? It’s hard to say. They wouldn’t be for me but as I say, for someone who wants to correct an aspect of their smile they could be a good investment.

The Teeth Whitening Fairies can be found online here.

popular
Here is the reported I'm A Celeb All Stars line-up
Molly Mae Hague shares emotional moment she discovered she was pregnant
Two Love Island 2022 stars have just become step siblings...
Abducted in Plain Sight: True crime drama follows girl who was kidnapped twice by the same man
Why Are Men so Obsessed With Boobs? The Answer is Pretty Surprising...
Female child rushed to hospital after violent incident in Co. Clare
So, William and Harry have a step sister... and who knew?
You may also like
9 months ago
Ashley Graham gets front tooth knocked out after toddler headbutts her
1 year ago
Always wanted a perfect smile? Here's how to get straight teeth at home in lockdown
1 year ago
Dental experts urge caution over composite bonds after Molly-Mae reverses her procedure
3 years ago
Why you should be wearing your retainer for the rest of your life
3 years ago
It's time to flash those pearly whites: WIN invisible aligner treatment worth €1,799
3 years ago
iWhite has just released a new one-minute teeth whitener kit and we need it now
Next Page