If you are planning your summer vacay already, or have booked a long weekend away anytime soon, you might have already started to think about what books to pick up at the airport before you board the plane.

I know for me, that is one of my favourite pre-flight rituals, for sure.

END_OF_DOCUMENT_TOKEN_TO_BE_REPLACED

And right now, having done a fair bit of reading this spring, I cannot recommend these 10 thrillers enough – trust me, you'll won't be able to stop thinking about these or even put them down until you have finished the last page:

When a local mother and her six-year-old daughter, Delilah, suddenly vanish, their close-knit suburban community is rocked by fear and suspicion. How could such a terrible thing have happened in their small town?

END_OF_DOCUMENT_TOKEN_TO_BE_REPLACED

Then, eleven years later, Delilah shockingly reappears. Everyone wants to know what really happened to her. But there are secrets hidden deep in the past – and when the truth about those missing years begins to surface, no one is prepared for what they’re about to find out. 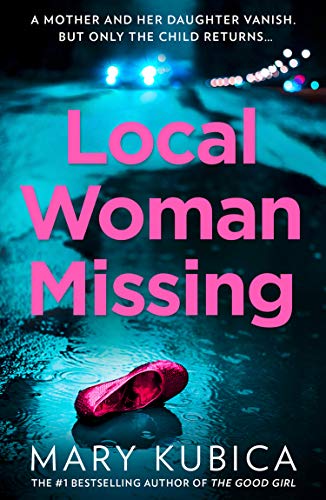 2. A Flicker in the Dark

END_OF_DOCUMENT_TOKEN_TO_BE_REPLACED

When Chloe Davis was twelve, six teenage girls went missing in her small Louisiana town. By the end of the summer, her own father had confessed to the crimes and was put away for life, leaving Chloe and the rest of her family to grapple with the truth and try to move forward while dealing with the aftermath. Now 20 years later, when a local teenage girl goes missing, and then another, that terrifying summer comes crashing back, with Chloe at the centre of the mystery. 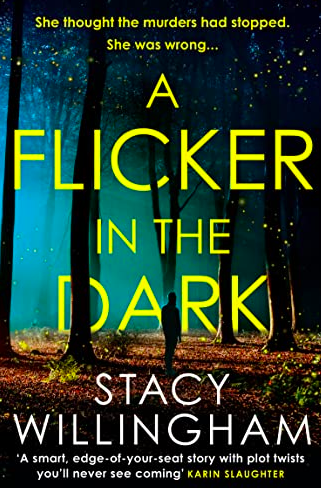 3. The Last Thing He Told Me

Before Owen Michaels disappears, he manages to smuggle a note to his new wife, Hannah: protect her. Hannah knows exactly who Owen needs her to protect - his teenage daughter, Bailey, who lost her mother tragically as a child. And who wants absolutely nothing to do with her new stepmother.

As her desperate calls to Owen go unanswered, his boss is arrested for fraud and the police start questioning her, Hannah realises that her husband isn't who he said he was. And that Bailey might hold the key to discovering Owen's true identity, and why he disappeared. Together they set out to discover the truth. But as they start putting together the pieces of Owen's past, they soon realise that their lives will never be the same again... 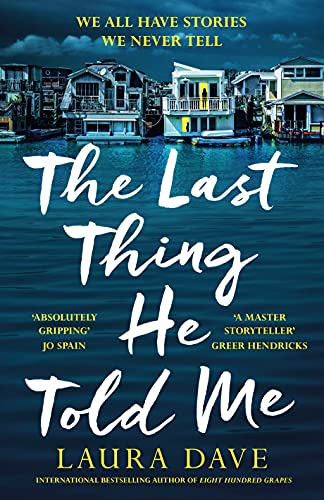 A beautiful, eerie hotel in the Swiss Alps, recently converted from an abandoned sanatorium, is the last place Detective Elin Warner wants to be. But her estranged brother has invited her there for his engagement party, and she feels she has no choice but to accept.

Arriving in the midst of a threatening storm, Elin immediately feels on edge. And things only get worse when they wake the next morning to find her brother's fiancée is missing. With access to the hotel cut off, the guests begin to panic. 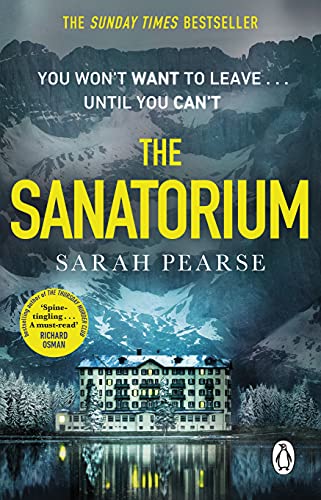 A windowless shack in the woods. Lena's life and that of her two children follows the rules set by their captor, the father: meals, bathroom visits, study time are strictly scheduled and meticulously observed. He protects his family from the dangers lurking in the outside world and makes sure that his children will always have a mother to look after them.

One day Lena manages to flee - but the nightmare continues. It seems as if her tormentor wants to get back what belongs to him. And then there is the question whether she really is the woman called 'Lena', who disappeared without a trace over thirteen years ago. The police and Lena's family are all desperately trying to piece together a puzzle that doesn't quite seem to fit. 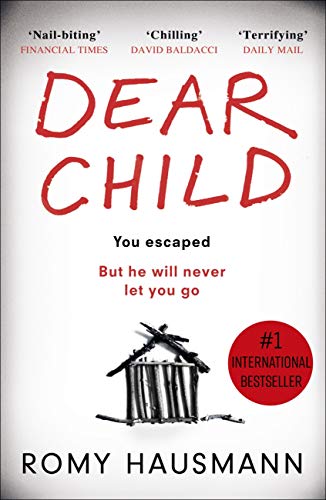 By B A Paris

It’s Livia’s 40th birthday and she’s having the party of a lifetime to make up for the wedding she never had. Everyone she loves will be there except her daughter Marnie, who’s studying abroad. But although Livia loves Marnie, she’s secretly glad she won’t be at the party. She needs to tell Adam something about their daughter but she’s waiting until the party is over so they can have this last happy time together.

Adam wants everything to be perfect for Livia so he’s secretly arranged for Marnie to come home and surprise her on her birthday. During the day, he hears some terrible news. He needs to tell Livia, because how can the party go on? But she’s so happy, so excited – and the guests are about to arrive.

The Dilemma – how far would you go to give someone you love a last few hours of happiness? 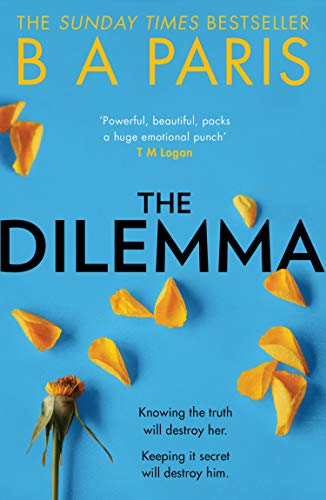 When pregnant Saffron Cutler moves into 9 Skelton Place with boyfriend Tom and sets about renovations, the last thing she expects is builders uncovering a body. Two bodies, in fact.

Forensics indicate the bodies have been buried at least thirty years, which leads the police to question the cottage's former owner - Saffy's grandmother, Rose. Rose's Alzheimer's means her memory is increasingly confused. She can't help the police - but it is clear she remembers something.

As Rose's fragmented memories resurface, and the police dig ever deeper, Saffy fears she and the cottage are being watched . . .

What happened thirty years ago?
What part did her grandmother play?
And is Saffy now in danger? . . . 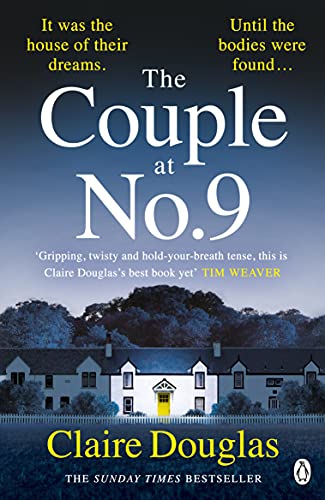 Five-year-old Cally waits in her pretty pink bedroom for the sound of the front door opening and her mother’s sweet voice in the hall. But when the doorbell finally rings, and Cally creeps out of bed to peer through the banister, a large man in uniform is all she sees. Her mother is missing...

Teacher Annabel Braddock was last seen drinking at the local pub with her best friend, Jennifer. Witnesses saw tears running down her cheeks, and friends say she was having problems with a colleague at work, and that her marriage had broken down.

But as the two women hugged goodbye, neither noticed the car speeding towards them. As the dust settled, Jennifer lay unconscious on the ground and Annabel was nowhere to be seen. She’d never abandon her little girl, so did someone snatch her?

As the family crowd around Jennifer’s hospital bed, hoping she’ll wake up, police visit Annabel’s home and her inconsolable daughter, Cally, tells them she had seen a man outside staring into her room as she climbed into bed that evening. Was it her childish imagination, or had someone been watching Annabel’s home? 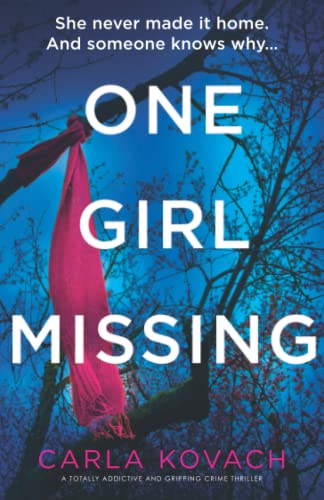 The white-washed Italian villa is perfect. I thought it might feel odd, living in a stranger’s house for the summer, but as my husband and children swim in the infinity pool, I start to relax. And then, in the back of a wardrobe, I find a photograph that shatters everything…

Sparkling green eyes, square jaw, lopsided smile. A young man with his arm around a beautiful woman. The picture is old and faded but I’d recognise him anywhere. The man is my husband.

But we’ve never met the family we’ve swapped homes with and my husband swears it isn’t him in the photo. He’s lying. We argue on the balcony with the sun setting behind us and I storm out.

When I finally calm down enough to go back to the villa to confront him, I find him sprawled across the veranda… dead. 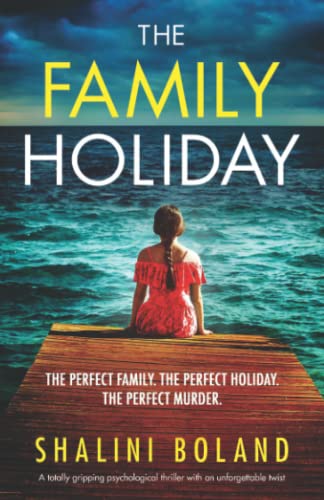 A luxury resort surrounded by pristine sea and the dense beauty of the jungle, it is the perfect escape from the stresses of life and work. For couples Lou and Adam, Eliza and Noah, a few days spent relaxing on the beach, while their kids are happily distracted, is exactly what they need.

But appearances can be deceiving.

There's a strange tension brewing at the resort, with relations between the hotel and the locals threatening to spill over into violence. This is nothing though compared to the strained atmosphere between the two families. They haven't been friends for long and they are starting to realise they don't really know each other at all.

Except for one of them. One of them knows another very well. 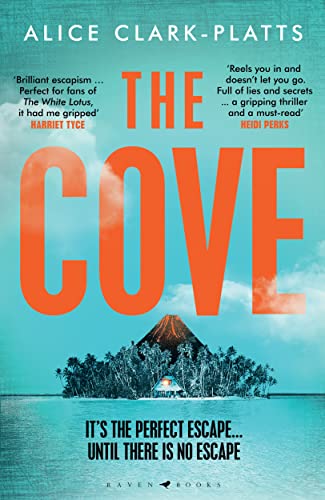 popular
Two Love Island 2022 stars have just become step siblings...
Abducted in Plain Sight: True crime drama follows girl who was kidnapped twice by the same man
Female child rushed to hospital after violent incident in Co. Clare
Young girl found injured in Co. Clare house is in critical condition
Molly Mae Hague shares emotional moment she discovered she was pregnant
Joe Swash has reportedly flown to South Africa to film I'm A Celeb All Stars
Adam Collard responds to claims he cheated on Paige Thorne
You may also like
3 months ago
Love Island star Yewande Biala opens up about mental health on the show in new book
7 months ago
WATCH: The trailer for Conversations with Friends is finally here
7 months ago
The first photos from Conversations with Friends are here - and it looks incredible
9 months ago
Vogue Williams is writing a children's book
9 months ago
A TV adaption of One Day is coming to Netflix
11 months ago
Evanna Lynch opens up about her eating disorder in new memoir
Next Page