11 Christmas books that will get you in the holiday spirit

Hallowe'en has come and gone, which means one thing.

Well, besides the weather getting a whole lot colder, that is.

That's right: Christmas is on the way and we are more than ready to deck the halls and decorate our gingerbread houses.

END_OF_DOCUMENT_TOKEN_TO_BE_REPLACED

And on the cold and wintry evenings, there's nothing quite as cosy as curling up with a mug of hot chocolate and a good book.

So, we've rounded up 11 new Christmas books that will get you in the holiday spirit (and belting out your fa-la-la-la-la's) in no time flat. 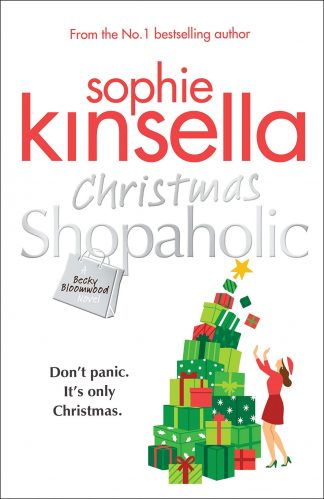 END_OF_DOCUMENT_TOKEN_TO_BE_REPLACED

Becky Brandon (née Bloomwood) adores Christmas. It's always the same – Mum and Dad hosting, carols playing, Mum pretending she made the Christmas pudding, and the next-door neighbours coming round for sherry in their terrible festive jumpers.

And now it's even easier with online bargain-shopping sites – if you spend enough you even get free delivery. Sorted! But this year looks set to be different.

Unable to resist the draw of craft beer and smashed avocado, Becky's parents are moving to ultra-trendy Shoreditch and have asked Becky if she'll host Christmas this year. What could possibly go wrong?

With sister Jess demanding a vegan turkey, husband Luke determined that he just wants aftershave again, and little Minnie insisting on a very specific picnic hamper – surely Becky can manage all this, as well as the surprise appearance of an old boyfriend and his pushy new girlfriend, whose motives are far from clear . . .

A Wedding In December by Sarah Morgan 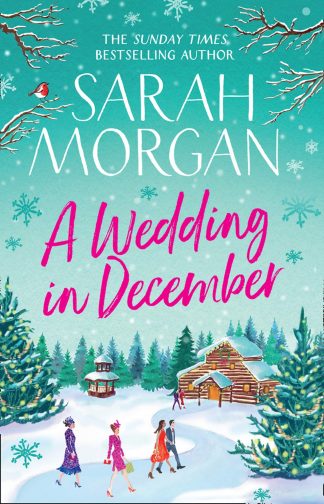 END_OF_DOCUMENT_TOKEN_TO_BE_REPLACED

First to arrive are the bride’s parents, Maggie and Nick. Their daughter’s marriage is a milestone they are determined to celebrate wholeheartedly, but they are hiding a huge secret about their own: they are on the brink of divorce. After living apart for the last six months, the last thing they need is to be trapped together in an irresistibly romantic winter wonderland.

Rosie’s older sister Katie is also dreading the wedding. Worried that impulsive, sweet-hearted Rosie is making a mistake, Katie is determined to save her sister from herself. If only the irritatingly good-looking best man, Jordan, would stop interfering with her plans…

Bride-to-be Rosie loves her fiance but is having serious second thoughts. Except everyone has arrived – how can she tell them she's not sure? As the big day gets closer, and emotions run even higher, this is one White family Christmas none of them will ever forget.

Rewrite the Stars by  Emma Heatherington 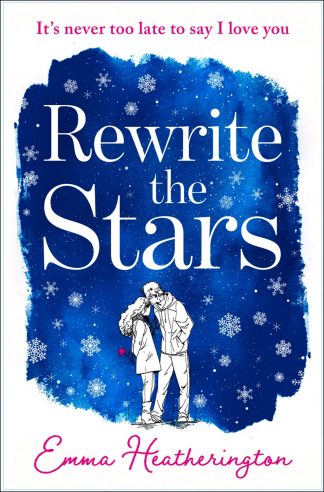 From the moment they meet one December day there’s something between Charlotte Taylor and her brother’s best friend, Tom Farley. But Tom’s already taken and Charlie has to let him go…

It’s another five years before their paths cross again only a secret from the past forces Charlie to make a choice. She promises herself she’ll never look back…

The years pass and Charlie moves on with her life but she can never forget Tom. He’s always there whispering ‘What if?’.

Can Charlie leave the life she has built for one last chance with Tom?  Or is the one that got away not really the one at all…? 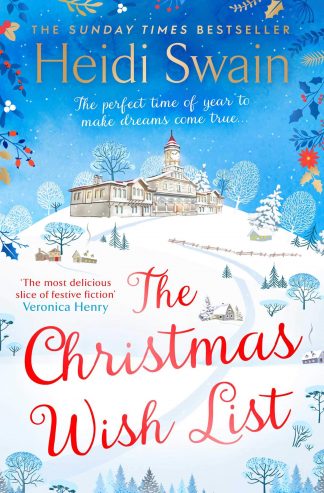 After being let go from her job in a swanky hotel just weeks before Christmas, Hattie is feeling lost. Even more so when her high-flying boyfriend announces he’s landed his dream job in Abu Dhabi and asks her to move with him.

Luckily, Hattie’s long-time friend Dolly is on hand to help and invites Hattie to spend one last holiday in the small, festive town of Wynbridge, determined to give her a Christmas to remember...

Upon Hattie’s arrival, holiday preparations are in full swing. But for Hattie, whose Christmas cheer has long since run out, it’ll take more than mince pies and mistletoe to open her heart to the season once more. Relishing the task of reigniting Hattie’s Christmas spirit, Dolly suggests they create a wish list of all the things the season can offer, and with the helpful hands of Wynbridge’s resident handyman, Beamish, Hattie finds her frosty exterior is starting to thaw.

As Wynbridge prepares for its most spectacular Christmas yet, will Hattie leave snowy England behind for life in a sunnier clime, or will she in fact realise that her heart’s desire lies much closer to home? 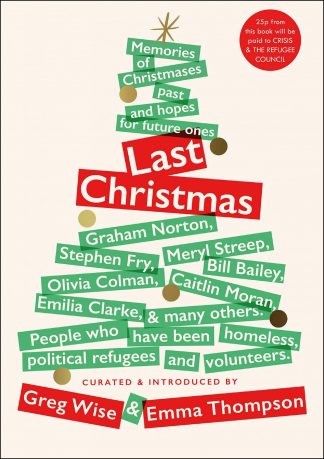 When you think back to Christmases past, what (if anything) made it magical? Looking towards the future, what would your perfect Christmas be?

What would you change? What should we all change?

This is a beautiful, funny and soulful collection of personal essays about the meaning of Christmas, written by a unique plethora of voices from the boulevards of Hollywood to the soup kitchens of Covent Garden.

Away from the John Lewis advert, the high street decorations and the candied orange in Heston Blumenthal's Christmas pudding, this gem of a book introduced and curated by Emma Thompson and Greg Wise celebrates the importance of kindness and generosity, acceptance and tolerance - and shows us that these values are not just for Christmas.

Christmas Every Day by Beth Moran 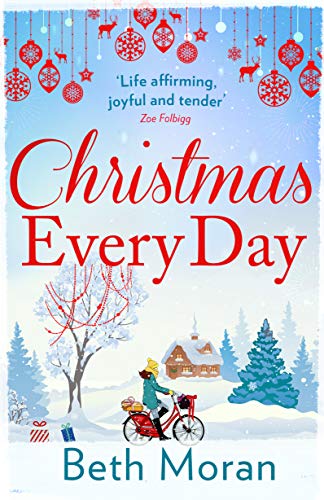 When Jenny inherits her estranged grandmother’s cottage in Sherwood Forest, she has nothing to lose - no money, no job, no friends, no family to speak of, and zero self-respect. Things can only get better...

Her grumpy, but decidedly handsome new neighbour, Mack, has a habit of bestowing unsolicited good deeds on her. And when Jenny is welcomed into a rather unusual book club, life seems to finally be getting more interesting.

Instead of reading, the members pledge to complete individual challenges before Christmas: from finding new love, learning to bake, to completing a daredevil bucket list.

Jenny can’t resist joining in, and soon a year of friendship and laughter, tears and regrets unfolds in the most unexpected ways.

In the Time We Lost by Carrie Hope Fletcher 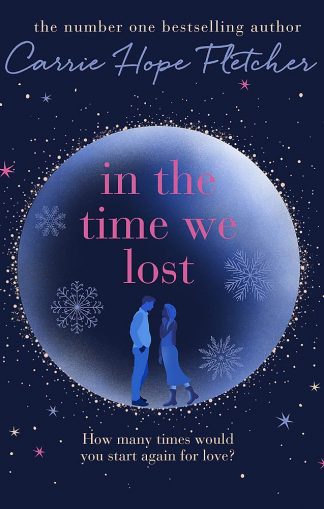 Luna Lark used to love her name, but that was before people started saying it differently. I'm so sorry, Luna. Are you alright, Luna? Everything will be okay, Luna.

Luna doesn't want pity, what she wants is a fresh start. Somewhere she can make headway on her next novel, mend her broken heart, and - most importantly - keep herself to herself.

For that Luna needs the most remote place she can find: Ondingside, a magical little island off the wild coast of Scotland. And when the town is cut off on her first night by a freak July snow storm it feels like fate.

But Luna soon realises that being a newcomer in a small town might not be the best way to blend in. People are curious about her - handsome, kind, coffee shop owner Beau in particular. Will history repeat itself or will they have a future?

Four Christmases and a Secret by Zara Stoneley 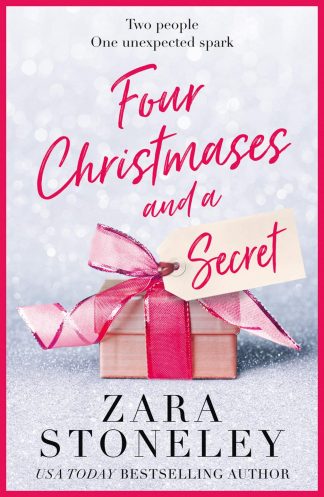 It’s the most wonderful time of the year…

Every year Daisy has to face insufferable Ollie and hear all about how BRILLIANT he is. Whereas Daisy has no job, no man and no idea how to fix things. This Christmas, however, Daisy is determined things will be different. There will be no snogging Ollie under the mistletoe like when they were teenagers. No, this year she’ll show Ollie that she’s a Responsible Adult too.

But as the champagne corks pop, and the tinsel sparkles, Uncle T has news of his own to share… and it could change Daisy's life forever…

Single All The Way by Karen King 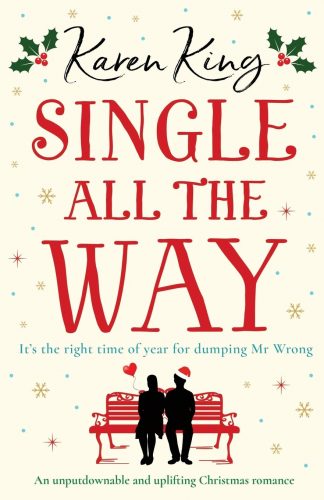 Single together for the first time, 34-year-old Meg and her warm-hearted, long-suffering mother Sally are cancelling Christmas, and running away to a tiny cottage on the Cornish coast.

For Meg, it is the perfect place to heal, away from all the mistletoe, while for her mother it has a special, and secret, place in her heart – from a love story that seems a lifetime ago…

Meg and Sally find they’re getting to know themselves, and each other, better than ever before. But as they are unable to resist getting involved in the village Christmas celebrations, they encounter two handsome local strangers.

Sometimes, it’s being away from home that helps you realise where your heart is. What neither woman knows is that, by the time the new year rolls around, one woman will have fallen in love with her husband all over again, and one marriage will be over for good…

The Christmas Invitation by Trisha Ashley 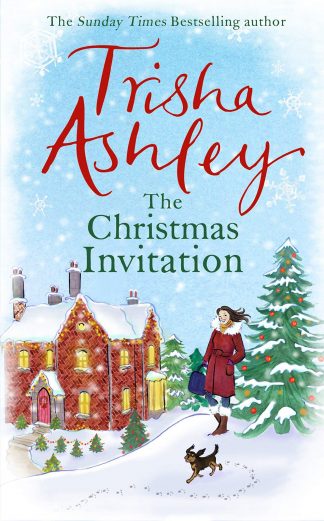 Meg is definitely not in the Christmas mood. She’s never gone in for tinsel, baubles and mistletoe, and right now she’s still getting over an illness.

Yet when she’s invited to spend the run-up to Christmas in the snowy countryside, rather than dreary London, she can’t refuse.

Arriving at a warm and cosy family home in a small hilltop village, Meg soon begins to wonder what a proper Christmas might be like. But just as she’s beginning to settle in, she spots a familiar face. Lex.

Despite the festive cheer, Meg suddenly wants nothing more than to get as far away from him, and their past secrets, as she can. But if she stays, could this be the year she finally discovers the magic of Christmas...?

A Gift In December by Jenny Gladwell 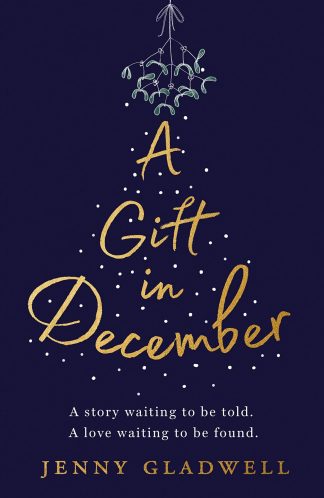 Jane Brook has given up on love. She might have uncovered the news scandal of the year, but she's also been dumped by boyfriend Simon (and has spent the last month avoiding him at the office). With Christmas fast-approaching, Jane's heart is no closer to mending.

But Jane's boss has other plans for her. She needs someone to go on a luxurious press trip to Norway to cover the story of the Trafalgar Square Christmas tree, and despite her protests, she's selected Jane to go.

Jane would much rather wallow at home than spend a week in the fjords with some ditzy bloggers, a snippy publicist, ever-cheerful colleague Ben and handsome-but-arrogant TV presenter Philip Donnelly.

But as Jane throws herself into the trip and starts to enjoy herself, it seems that love hasn't quite given up on her just yet. Amid all the snow, could a gift be awaiting her underneath the mistletoe?

popular
Love Island's Gemma finally tells villa about dad Michael Owen on TV
Parent's Benefit Leave in Ireland is being extended from today - here's what you need to know
Irish girls name was the most used Irish name in the United States last year
Love Island: Danica sets her sights on Andrew as Luca asks Jacques about his relationship with Gemma
Love Island fans lose it over Indiyah's question about Ireland
Prue Leith responds to her son's comments about abortion
10 stunning and affordable outfits that are perfect for a summer wedding
You may also like
2 weeks ago
Love Island star Yewande Biala opens up about mental health on the show in new book
3 months ago
WATCH: The trailer for Where the Crawdads Sing is here
4 months ago
WATCH: The trailer for Conversations with Friends is finally here
4 months ago
The first photos from Conversations with Friends are here - and it looks incredible
6 months ago
Vogue Williams is writing a children's book
7 months ago
A TV adaption of One Day is coming to Netflix
Next Page