12 books to read while waiting for Netflix's To All The Boys: P.S. I Still Love You

There's just a few weeks to go until To All The Boys: P.S. I Still Love You hits Netflix.

Based on the second book in Jenny Han's To All The Boys trilogy, the movie follows Lara Jean and Peter - who are no longer pretending to be a couple, they are a couple.

And, as Lara Jean navigates a trove of official firsts with Peter — her first real kiss, her first real date, her first Valentine’s Day — she finds herself leaning more on Kitty and Margot, Chris, and an unexpected new confidant, Stormy, to help her manage the complex emotions that come with this new chapter of balancing a relationship and figuring out her authentic self.

END_OF_DOCUMENT_TOKEN_TO_BE_REPLACED

But when John Ambrose, another recipient of one of Lara Jean’s old love letters, enters her life again she must rely on herself more than ever as she’s confronted with her first real dilemma: Can she love two boys at the same time?

And while there's still a little way to go until the movie lands on Netflix - February 12 at 8am, FYI - we have rounded up 12 brilliant books to read if you really can't wait for To All The Boys: P.S. I Still Love You.

P.S. I Still Love You by Jenny Han 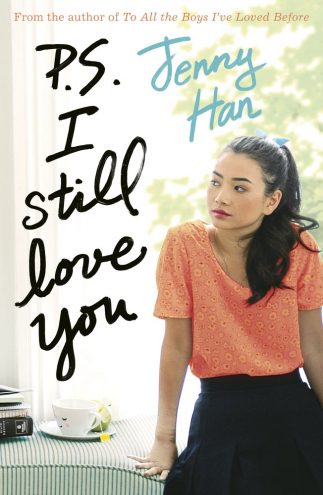 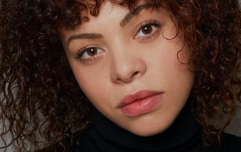 END_OF_DOCUMENT_TOKEN_TO_BE_REPLACED

Seems like a natural one for this list, if you're a fan of reading the book before you see the movie or TV show.

Lara Jean never expected to actually fall for Peter - but now they're together for real, and things are even more complicated when they were pretending.

Things get more complicated when a risqué video of the two of them has been shared online, and with Peter spending more time with his ex - and the return of a boy from Lara's past (and her feelings for him) - will they be able to work things out?

Anna And The French Kiss by Stephanie Perkins 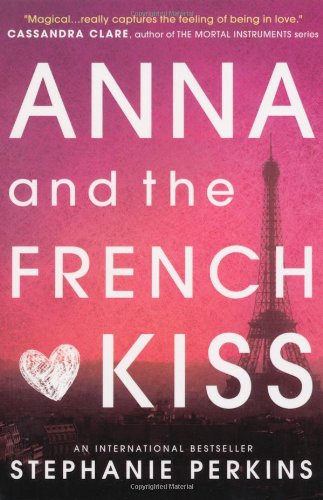 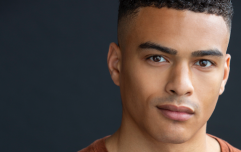 END_OF_DOCUMENT_TOKEN_TO_BE_REPLACED

Anna is less than thrilled to be shipped off to boarding school in Paris, leaving a fledgling romance behind - until she meets Etienne St Clair.

Smart, charming, beautiful, Etienne has it all... including a girlfriend. But in the City of Light, wishes have a way of coming true.

Will a year of romantic near-misses end with a longed-for French kiss? 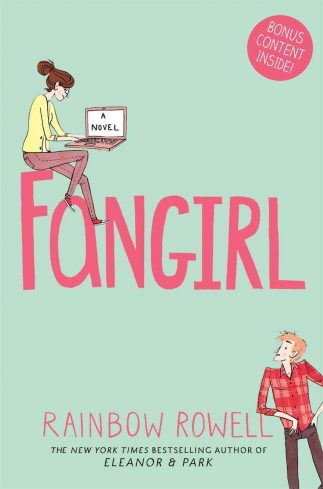 Cath and Wren are identical twins, and until recently they did absolutely everything together. Now they're off to university and Wren's decided she doesn't want to be one half of a pair any more – she wants to dance, meet boys, go to parties and let loose. It's not so easy for Cath. She's horribly shy and has always buried herself in the fan fiction she writes, where she always knows exactly what to say and can write a romance far more intense than anything she's experienced in real life.

Without Wren Cath is completely on her own and totally outside her comfort zone. She's got a surly room-mate with a charming, always-around boyfriend, a fiction-writing professor who thinks fan fiction is the end of the civilized world, a handsome classmate who only wants to talk about words . . . And she can't stop worrying about her dad, who's loving and fragile and has never really been alone.

Now Cath has to decide whether she's ready to open her heart to new people and new experiences, and she's realizing that there's more to learn about love than she ever thought possible . . .

All The Bright Places by Jennifer Niven 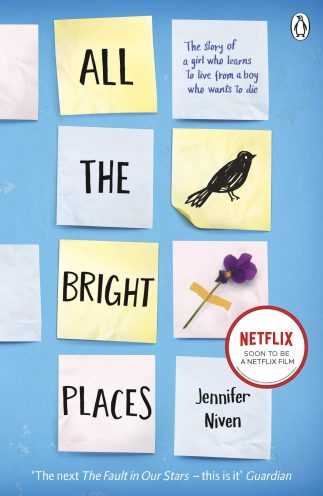 Theodore Finch constantly thinks of ways he might kill himself, but each time something good stops him. Violet Markey exists for the future, counting the days until she can escape her Indiana town and her aching grief for her late sister.

When they meet on the ledge of a tower, what might have been their end turns into their beginning. It's only with Violet that Finch can truly be himself - a funny guy who's able to find the joy in life.

And when Violet's with Finch, she forgets to count away the days and starts to live them. But as Violet's world grows, Finch's begins to shrink. He's trying to cling on to all the good things in his life, but will it be enough this time?

Saint Anything by Sarah Dessen 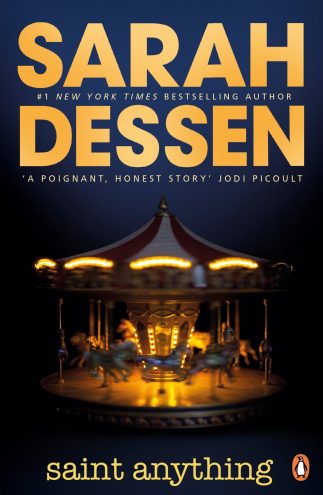 Peyton, Sydney's charismatic older brother, has always been the star of the family, receiving the lion's share of their parents' attention and - lately - concern.

When Peyton's increasingly reckless behavior culminates in an accident, a drunk driving conviction, and a jail sentence, Sydney is cast adrift, searching for her place in the family and the world. When everyone else is so worried about Peyton, is she the only one concerned about the victim of the accident?

Enter the Chathams, a warm, chaotic family who run a pizza parlor, play bluegrass on weekends and pitch in to care for their mother, who has multiple sclerosis. Here Sydney experiences unquestioning acceptance. And here she meets Mac: gentle, watchful, and protective, who makes Sydney feel seen, really seen, for the first time.

The Sun Is Also a Star by Nicola Yoon 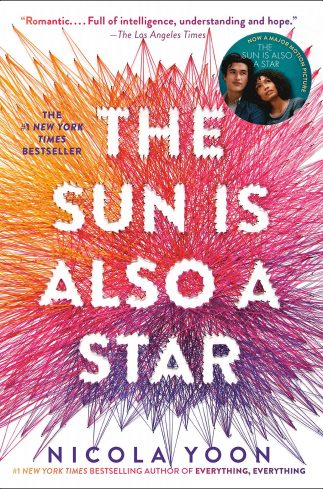 Natasha: I'm a girl who believes in science and facts. Not fate. Not destiny. Or dreams that will never come true. I'm definitely not the kind of girl who meets a cute boy on a crowded New York City street and falls in love with him. Not when my family is twelve hours away from being deported to Jamaica. Falling in love with him won't be my story.

Daniel: I've always been the good son, the good student, living up to my parents' high expectations. Never the poet. Or the dreamer. But when I see her, I forget about all that. Something about Natasha makes me think that fate has something much more extraordinary in store--for both of us.

The Universe: Every moment in our lives has brought us to this single moment. A million futures lie before us. Which one will come true?

Frankly in Love by David Yoon 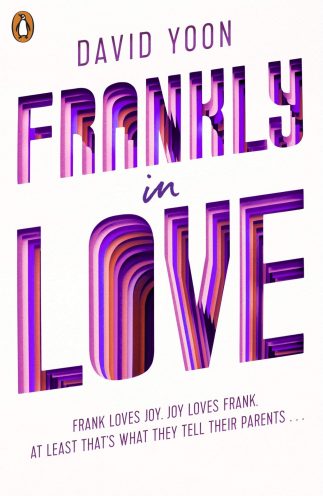 Frank Li is caught between his parents' expectations and his own California life. Frank's parents emigrated from Korea, and have pretty much one big rule for Frank - he must only date Korean girls.

But Frank has fallen for Brit, who is smart, beautiful and white. His friend Joy Song is in the same boat and so they make a pact: they'll pretend to date each other in order to gain their freedom.

Frank thinks fake-dating is the perfect plan, but it leaves him wondering if he ever really understood love - or himself - at all. 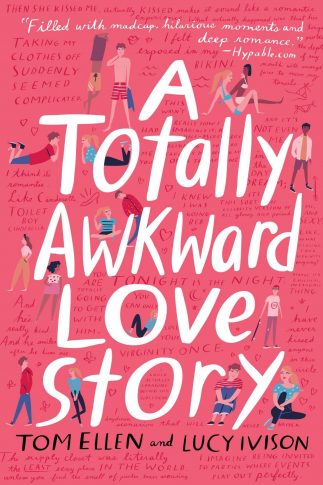 The summer before college, Hannah swears she's finally going to find The One. And for five perfect minutes, she does. She just wishes she'd caught his name.

For Sam, the summer is off to a bad start. But after five minutes with some strange and hilarious girl, he's head over heels. With his luck, though, he'll never see her again, and he'll remain a girlfriendless, moony-eyed virgin. Forever.

But another chance meeting brings them together, only to have a misunderstanding drive them apart. Madcap mishaps, raunchy hilarity, and deep romance follow these two wherever they go. For two people so clearly destined for each other, they sure have a hell of a lot of trouble even getting together. 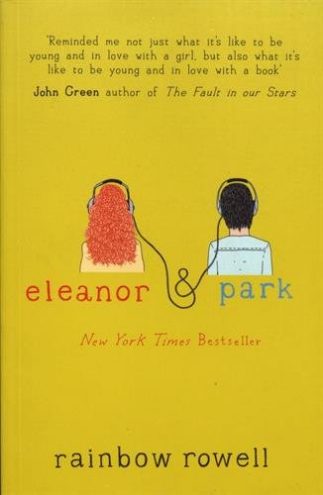 Eleanor is the new girl in town, and she's never felt more alone. All mismatched clothes, mad red hair and chaotic home life, she couldn't stick out more if she tried.

Then she takes the seat on the bus next to Park. Quiet, careful and - in Eleanor's eyes - impossibly cool, Park's worked out that flying under the radar is the best way to get by.

Slowly, steadily, through late-night conversations and an ever-growing stack of mix tapes, Eleanor and Park fall in love. They fall in love the way you do the first time, when you're 16, and you have nothing and everything to lose. 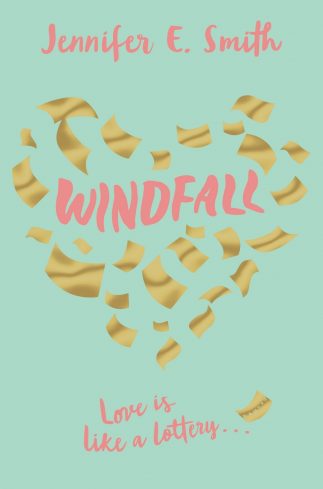 Alice doesn't believe in luck, Alice believes in love. Mostly that she's been in love with her best friend, Teddy, for the last three years.

When she buys him a lottery ticket for his birthday and he wins 32 million dollars, they are thrown together with the world at their feet. Teddy decides that he will spend his money committing random acts of kindness, and who better to go on that adventure with him than Alice?

In the process they get to know themselves and each other better than they ever have before, but money can't buy you love... 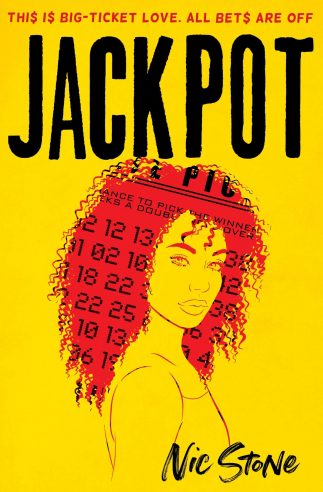 Seventeen-year-old Rico splits her time outside school between looking after her younger brother and working in the local gas station to help her mum pay the bills.

So when she sells a jackpot-winning lotto ticket and the money goes unclaimed, Rico thinks maybe her luck has changed. If she can find the ticket holder and reunite them with the cash, hopefully she will get a cut of the winnings...

That is if she can avoid falling for the annoyingly handsome (and filthy rich) boy she roped into helping her with the hunt. 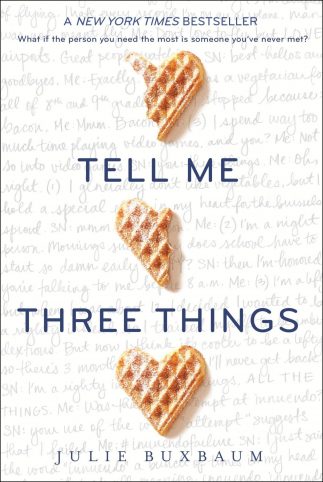 Everything about Jessie is wrong. At least, that's what it feels like during her first week of junior year at her new ultra-intimidating prep school in Los Angeles. It's been barely two years since her mother's death, and because her father eloped with a woman he met online, Jessie has been forced to move across the country to live with her stepmonster and her pretentious teenage son, and to start at a new school where she knows no one.

Just when she's thinking about hightailing it back to Chicago, she gets an email from a person calling themselves Somebody/Nobody (SN for short), offering to help her navigate the wilds of Wood Valley High School. Is it an elaborate hoax? Or can she rely on SN for some much-needed help?

In a leap of faith--or an act of complete desperation--Jessie begins to rely on SN, and SN quickly becomes her lifeline and closest ally. Jessie can't help wanting to meet SN in person. But are some mysteries better left unsolved?

popular
Irish girls name was the most used Irish name in the United States last year
Why Are Men so Obsessed With Boobs? The Answer is Pretty Surprising...
Here Are The Top 20 Most Common Pin Codes in The World
Mindhunter's Brian Tench storyline is based on a real child murder case from the '70s
Science says this is how many dates you have to go on before you find 'The One'
Love Island fans are scratching their heads after finding Tasha's maternity photoshoot
Selling Sunset's Maya Vander experiences miscarriage
You may also like
17 hours ago
Netflix is reportedly working on a Stranger Things musical
2 days ago
Selling Sunset's Maya Vander confirms she's leaving the show
2 days ago
Netflix CEO confirms adverts are coming to the service
2 days ago
Selling Sunset star quits show as it's renewed for two more seasons
6 days ago
WATCH: Netflix's latest true crime Girl In The Picture looks seriously intriguing
1 week ago
WATCH: The first trailer for Blonde, the first adults-only movie made by Netflix
Next Page