Looking for a new book to read?

Summer is finally here -- and while we're already building up our must-read pile for the next few months, we have a feeling it's going to be getting even larger.

Especially with some of the releases hitting shelves over the next few weeks.

Here are 14 amazing new books you won't be able to put down this July. 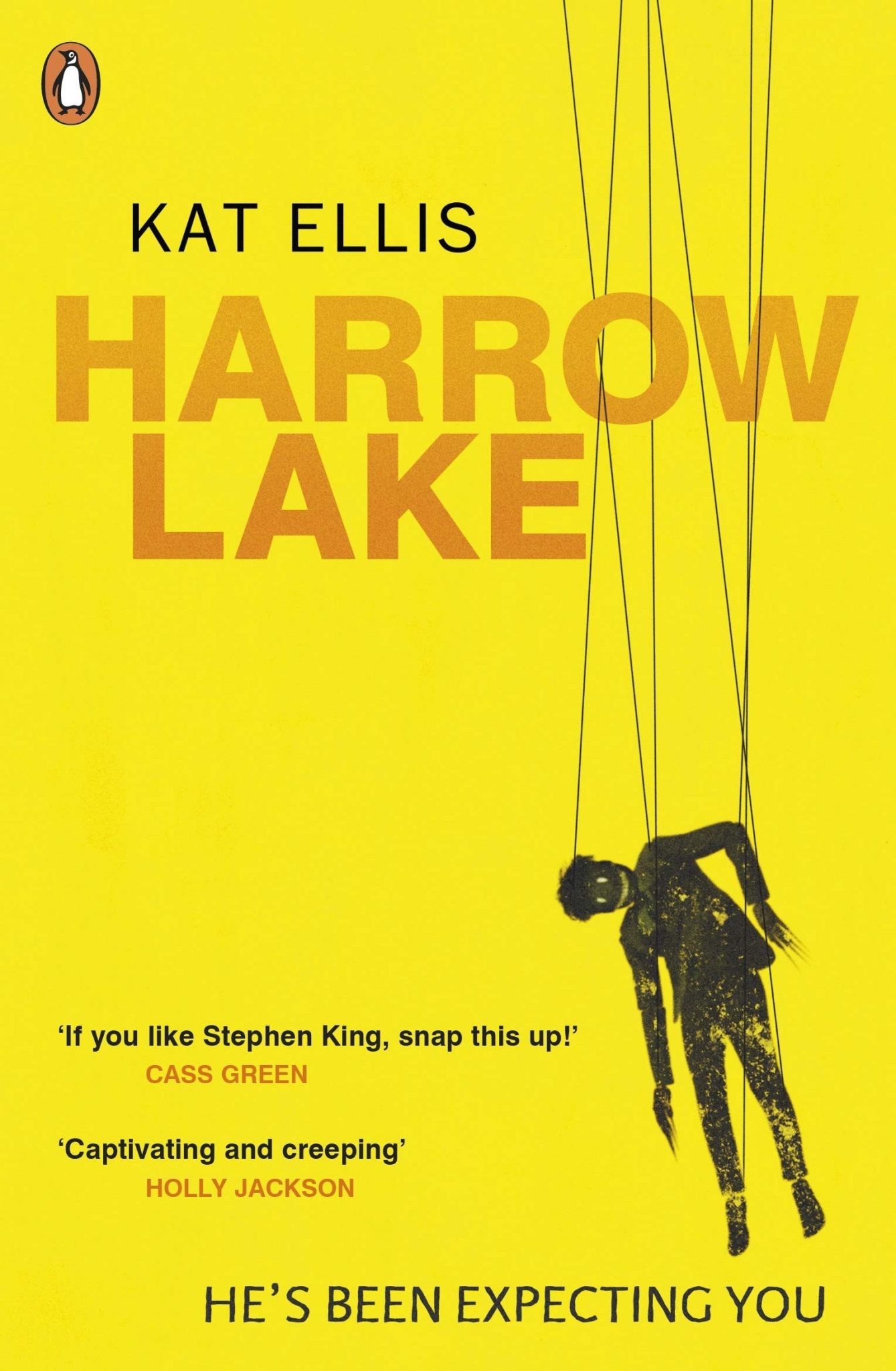 END_OF_DOCUMENT_TOKEN_TO_BE_REPLACED

Lola Nox, the daughter of a celebrated horror filmmaker, thinks nothing can scare her. That is, until her father is brutally attacked in their New York apartment -- and she soon finds herself packed off to live with a grandmother she’s never met in Harrow Lake, the eerie town where her father’s most iconic horror movie was shot.

The locals are weirdly obsessed with the film that put their town on the map – and there are strange disappearances, which the police seem determined to explain away. And there’s someone – or something – stalking Lola’s every move.

The more she discovers about the town, the more terrifying it becomes. It doesn't help that Lola’s got secrets of her own - and if she can’t find a way out of Harrow Lake, they might just be the death of her…

Sex and Vanity by Kevin Kwan 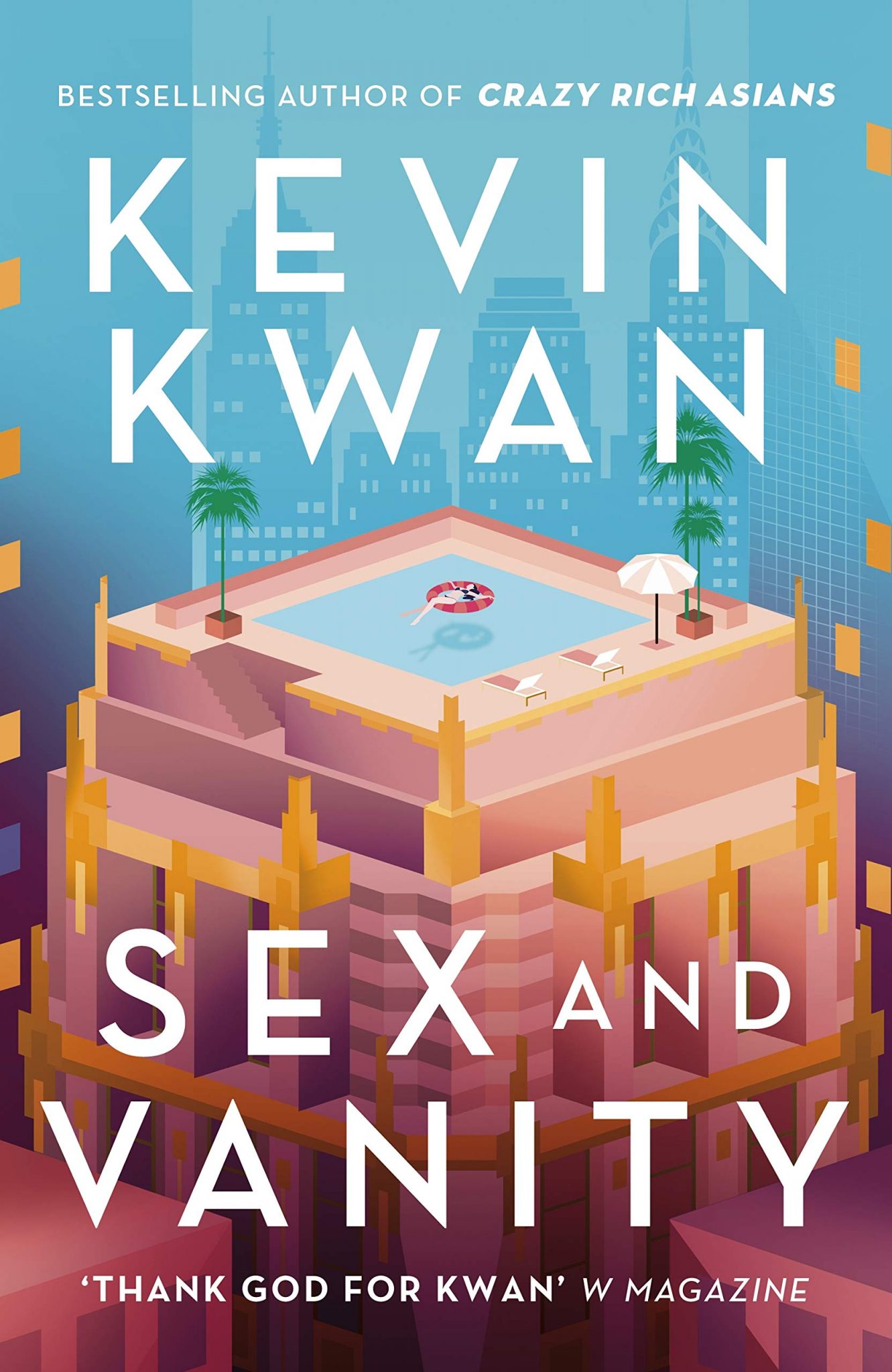 END_OF_DOCUMENT_TOKEN_TO_BE_REPLACED

The daughter of an American-born Chinese mother and a blue-blooded New York father, Lucie has always sublimated the Asian side of herself, and she adamantly denies having feelings for George.

But several years later, when George unexpectedly appears in East Hampton, where Lucie is weekending with her new fiancé, she finds herself drawn to him again. Soon, Lucie is spinning a web of deceit that involves her family, her fiancé and ultimately herself, as she tries to deny George entry into her world – and her heart.

All Adults Here by Emma Straub 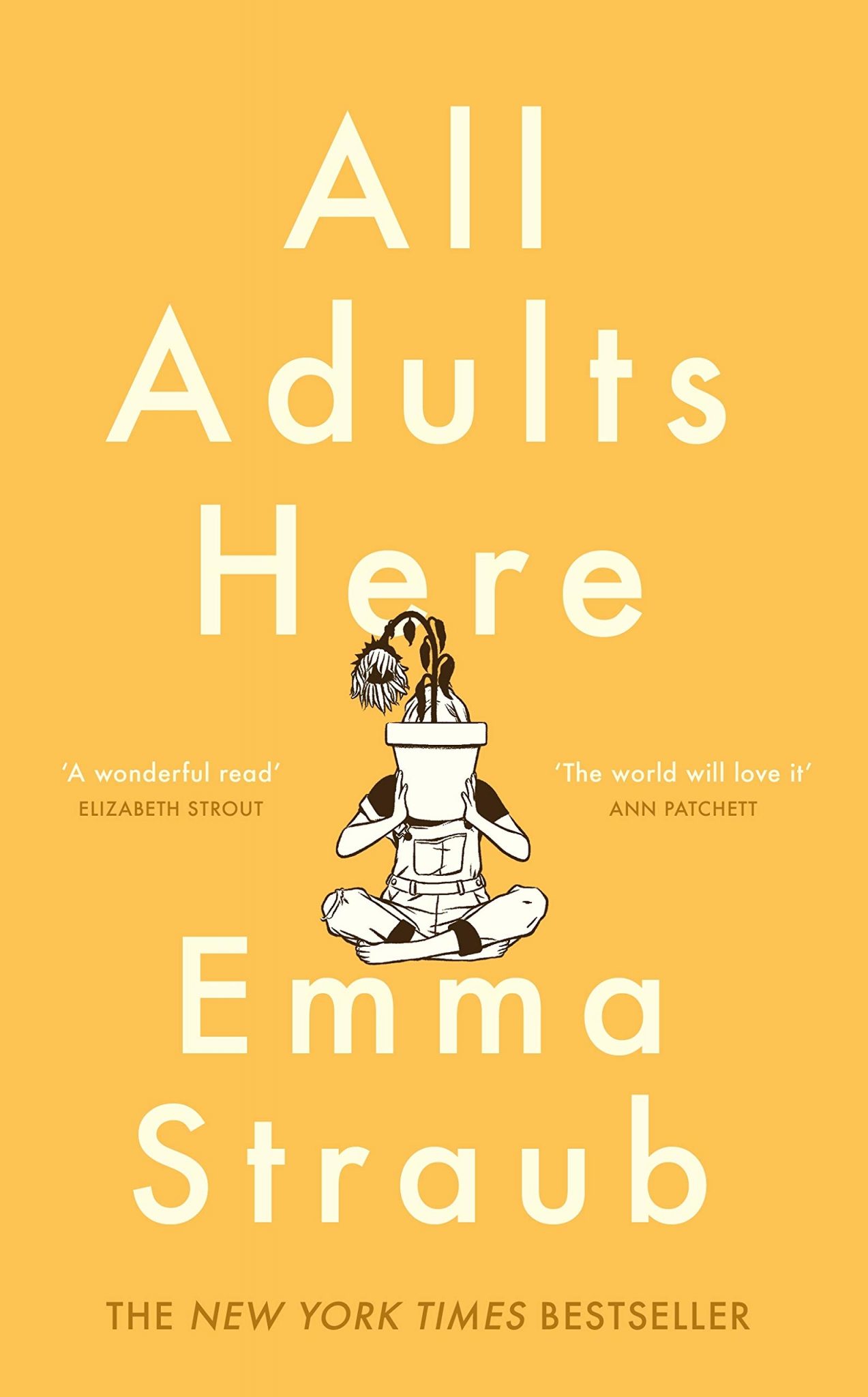 Astrid Strick has always tried to do the best she could for her three children. And while they're now grown up (finally), you could be forgiven for thinking otherwise.

Elliott doesn’t have any idea who he really is, or how to communicate with his own sons. Porter is, at last, pregnant – but feels incapable of rising to the challenge. Nicky has fled to distant New Mexico, where he’s living the bohemian dream. And Astrid herself is up to things that would make her children’s hair curl.

Until now, the family have managed to hide their true selves from each other. But when Nicky’s incorrigibly curious daughter Cecelia comes to stay, her arrival threatens to upturn everything...

The Resident by David Jackson 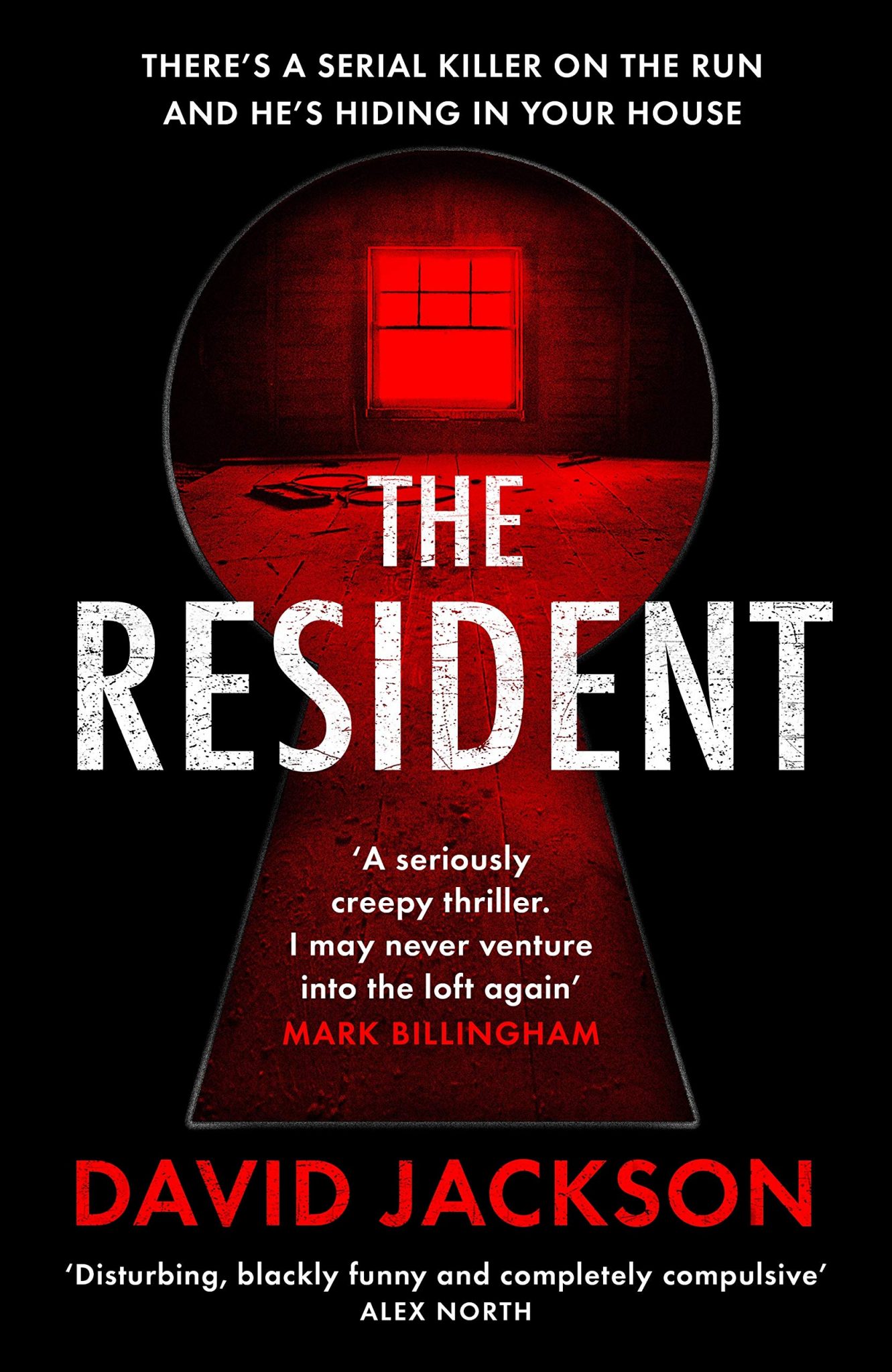 Thomas Brogan is a serial killer. Having left a trail of bodies in his wake, and with the police hot on his heels, it seems like Thomas has nowhere left to hide.

That is until he breaks into an abandoned house at the end of a terrace on a quiet street. And when he climbs up into the loft, he realises that the can drop down into all the other houses on the street through the shared attic space.

That’s when the real fun begins. Because the one thing that Thomas enjoys even more than killing, is playing games with his victims. And his new neighbours have more than enough dark secrets to make this game his best one yet… 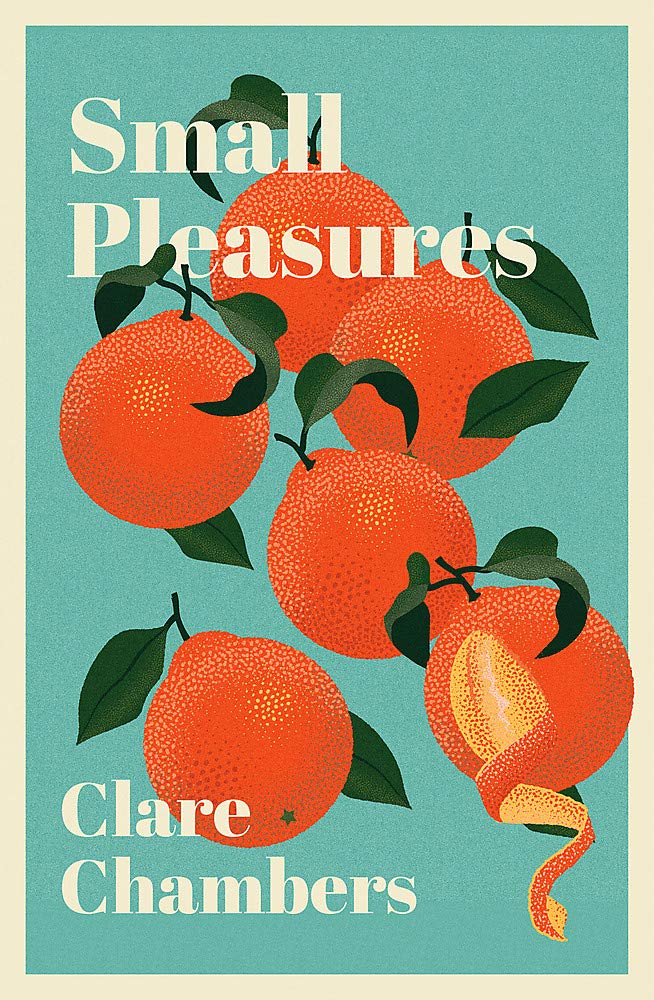 Jean Swinney, the feature writer on a local paper, is disappointed in love and - on the brink of forty - living a limited existence with her truculent mother.When a young Swiss woman, Gretchen Tilbury, contacts the paper to claim that her daughter is the result of a virgin birth, it is down to Jean to discover whether she is a miracle or a fraud.

But the more she investigates, the more her life becomes strangely (and not unpleasantly) intertwined with that of the Tilburys: Gretchen herself, her husband Howard - with his dry wit and gentle disposition - and her charming daughter Margaret.

But they are the subject of the story Jean is researching for the newspaper, a story that increasingly seems to be causing dark ripples across all their lives. And yet Jean cannot bring herself to discard the chance of finally having a taste of happiness. But there will be a price to pay - and it will be unbearable.

The End of Her by Shari Lapena 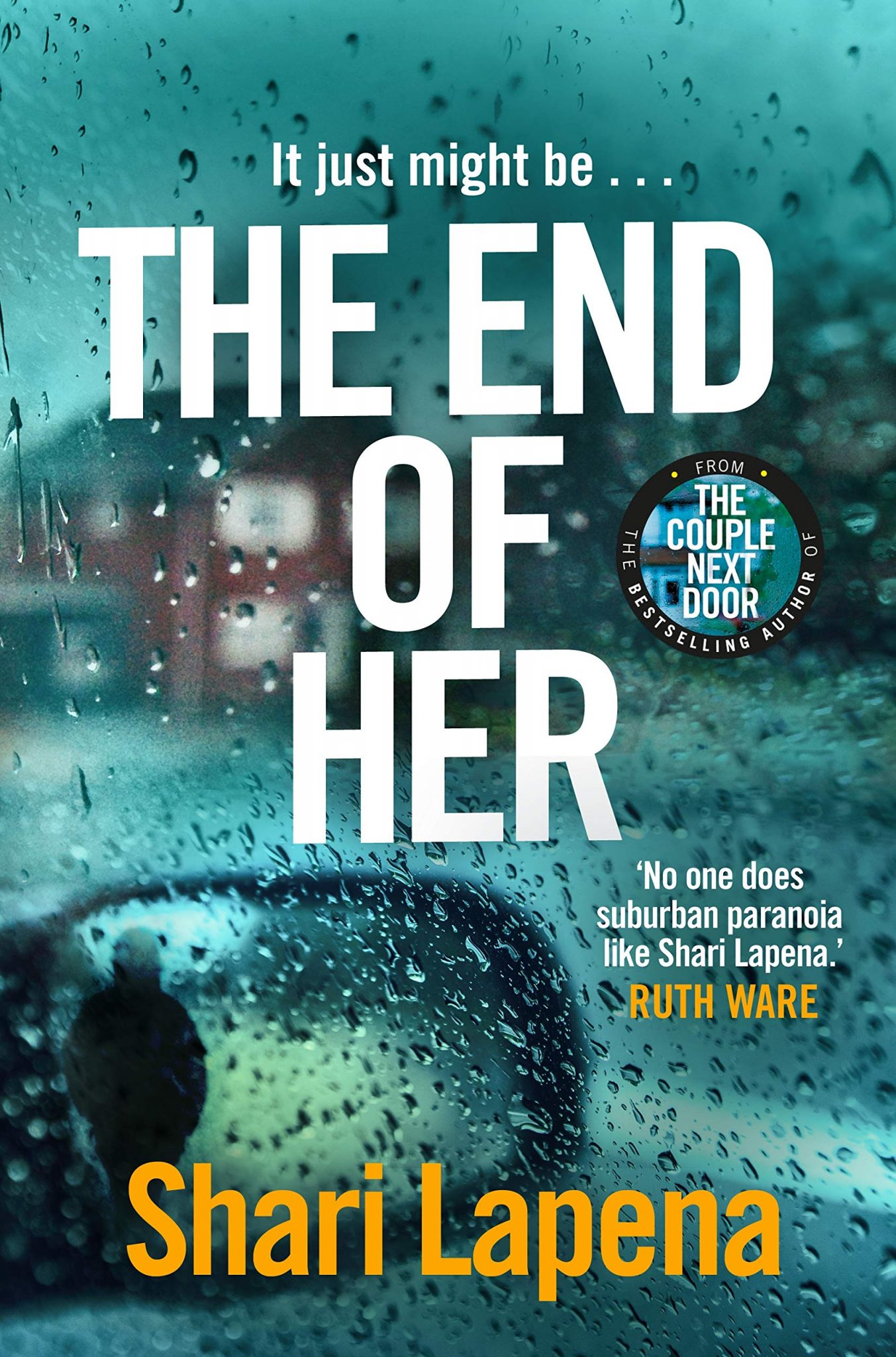 Stephanie and Patrick are recently married, with new-born twins. While Stephanie struggles with the disorienting effects of sleep deprivation, there’s one thing she knows for certain – she has everything she ever wanted.

Then a woman from Patrick’s past arrives and makes a horrifying allegation about his first wife. He always claimed her death was an accident – but she says it was murder.

He insists he’s innocent, that this is nothing but a blackmail attempt. But is Patrick telling the truth? Or has Stephanie made a terrible mistake?

How To Disappear by Gillian McAllister 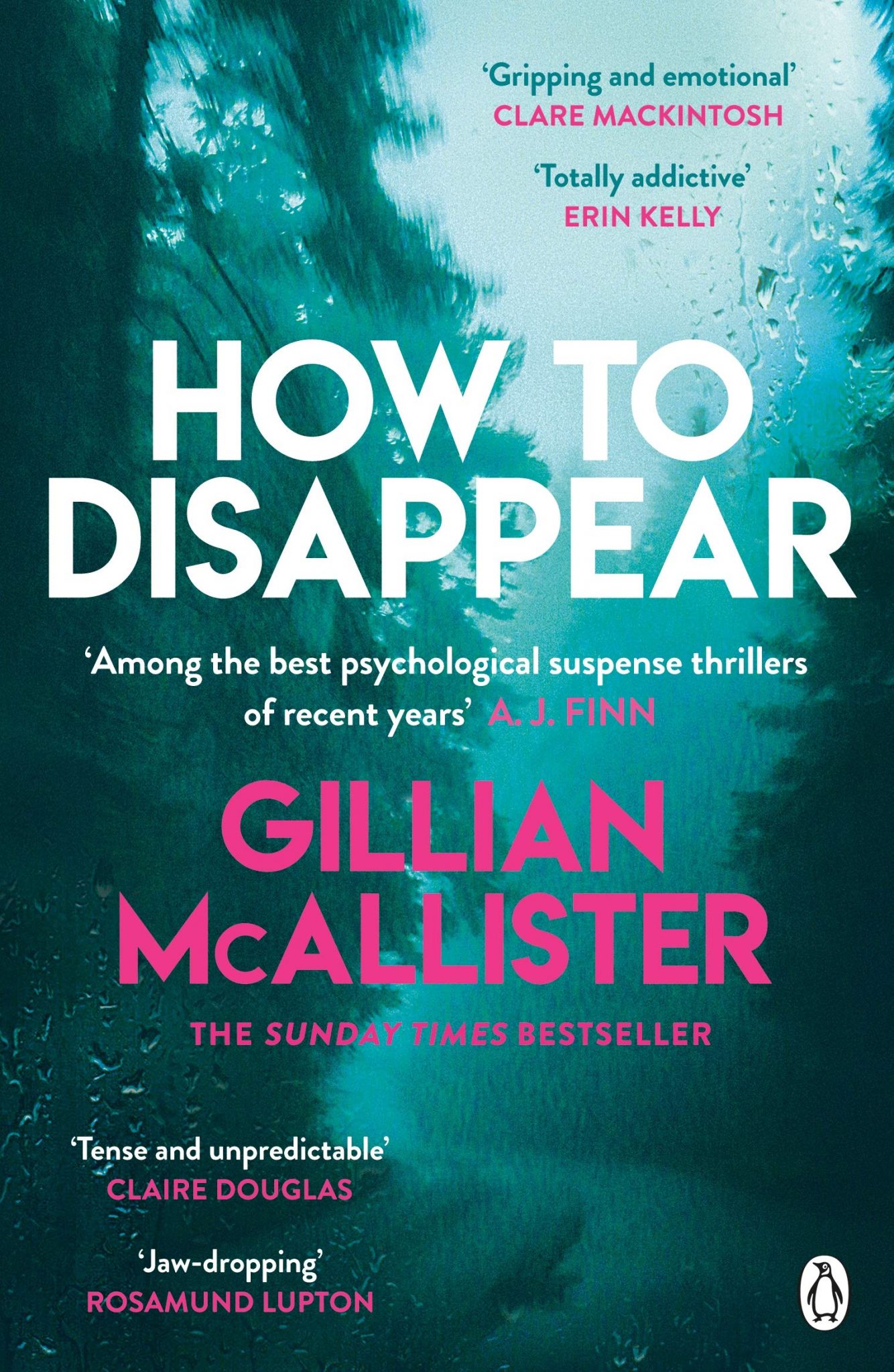 Lauren’s daughter Zara witnessed a terrible crime — but speaking up about what happened comes at a price. When Zara’s identity is revealed online, it puts a target on her back and she’s left with one choice: to disappear.

To keep daughter safe, Lauren will give up everything and everyone she loves, even her husband. There will be no goodbyes. Their pasts will be rewritten. New names, new home, new lives.

The rules are strict for a reason. They are being hunted. One mistake – a text, an Instagram like – could bring their old lives crashing into the new. They can never assume someone isn’t watching, waiting. 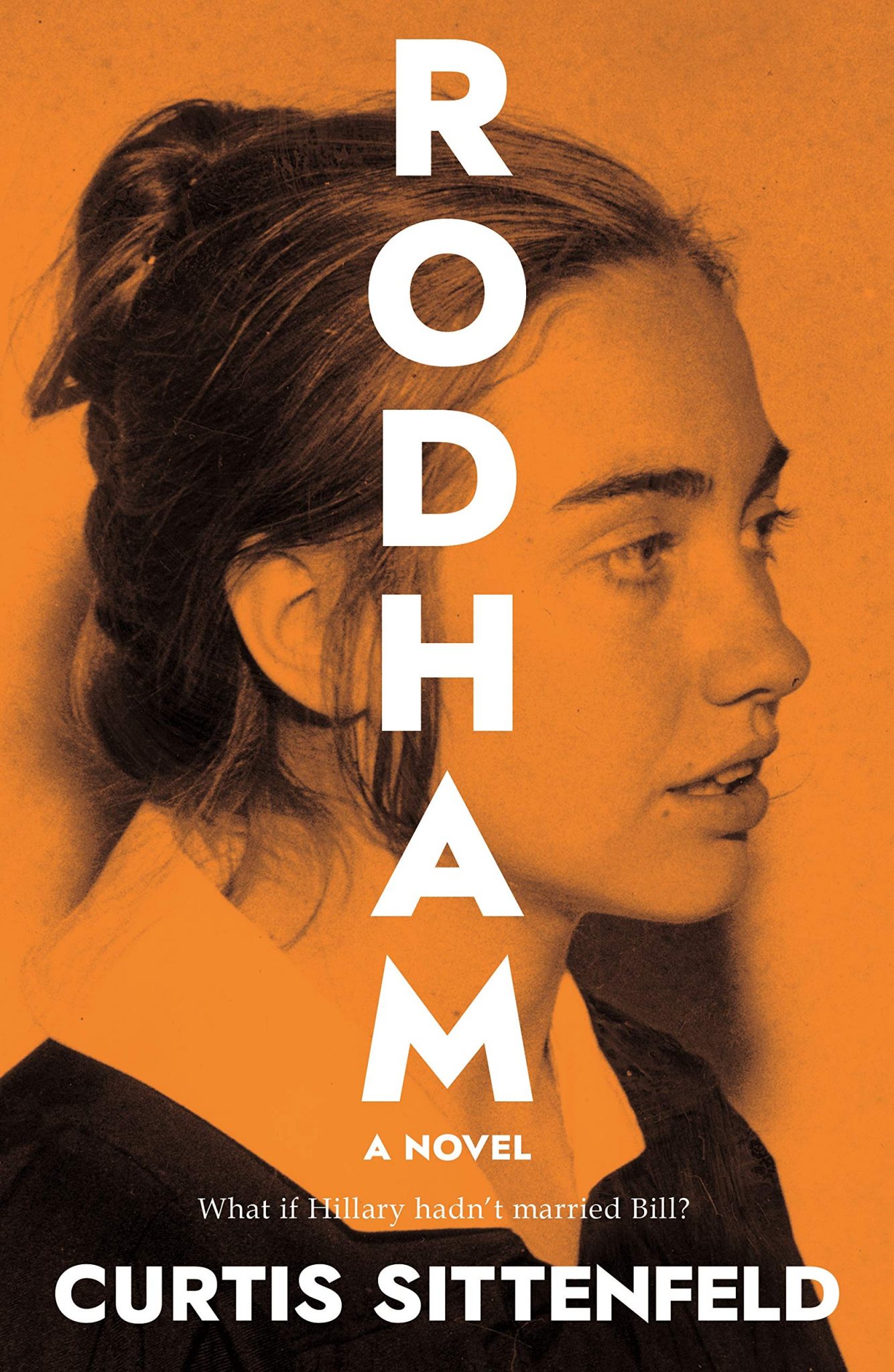 ‘Awfully opinionated for a girl’ is what they call Hillary as she grows up in her Chicago suburb. Smart, diligent, and a bit plain, that’s the general consensus.

Then Hillary goes to college, and her star rises. At Yale Law School, she continues to be a leader― and catches the eye of driven, handsome and charismatic Bill. But when he asks her to marry him, Hillary gives him a firm No.

How might things have turned out for them, for America, for the world itself, if Hillary Rodham had really turned down Bill Clinton? 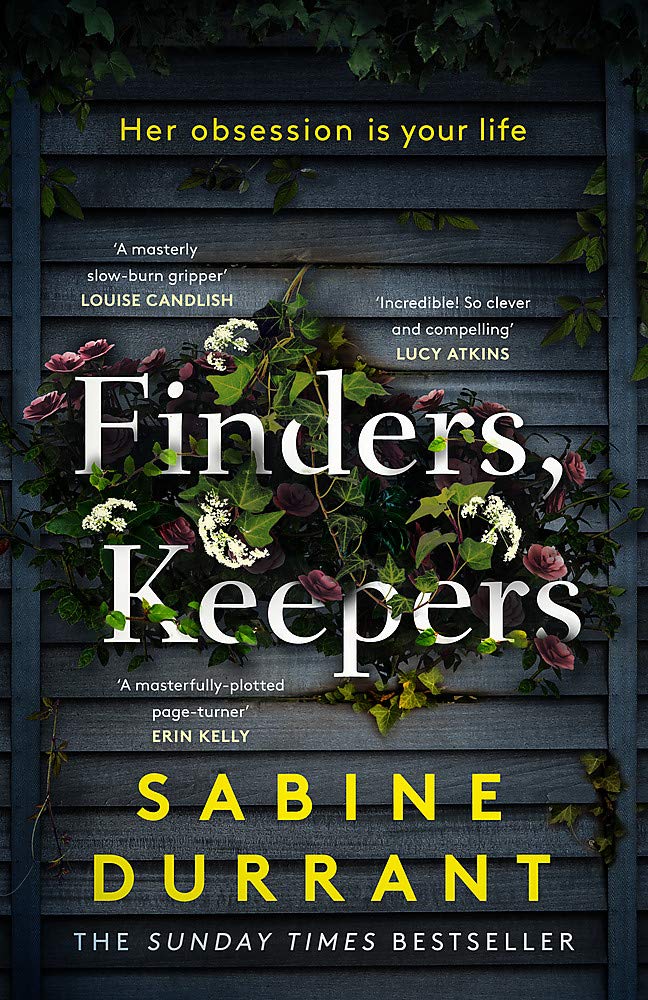 Ailsa Tilson moves with her husband and children to Trinity Fields in search of the new. New project - a house to renovate. New people - no links to the past. New friends - especially her next-door neighbour, the lonely Verity, who needs her help.

Verity has lived in Trinity Fields all her life. She's always resisted change. Her home and belongings are a shield, a defence to keep the outside world at bay. But something about the Tilsons piques her interest. Just as her ivy creeps through the shared garden fence, so Verity will work her way into the Tilson family.

And once they realise how formidable she can be, it might well be too late. 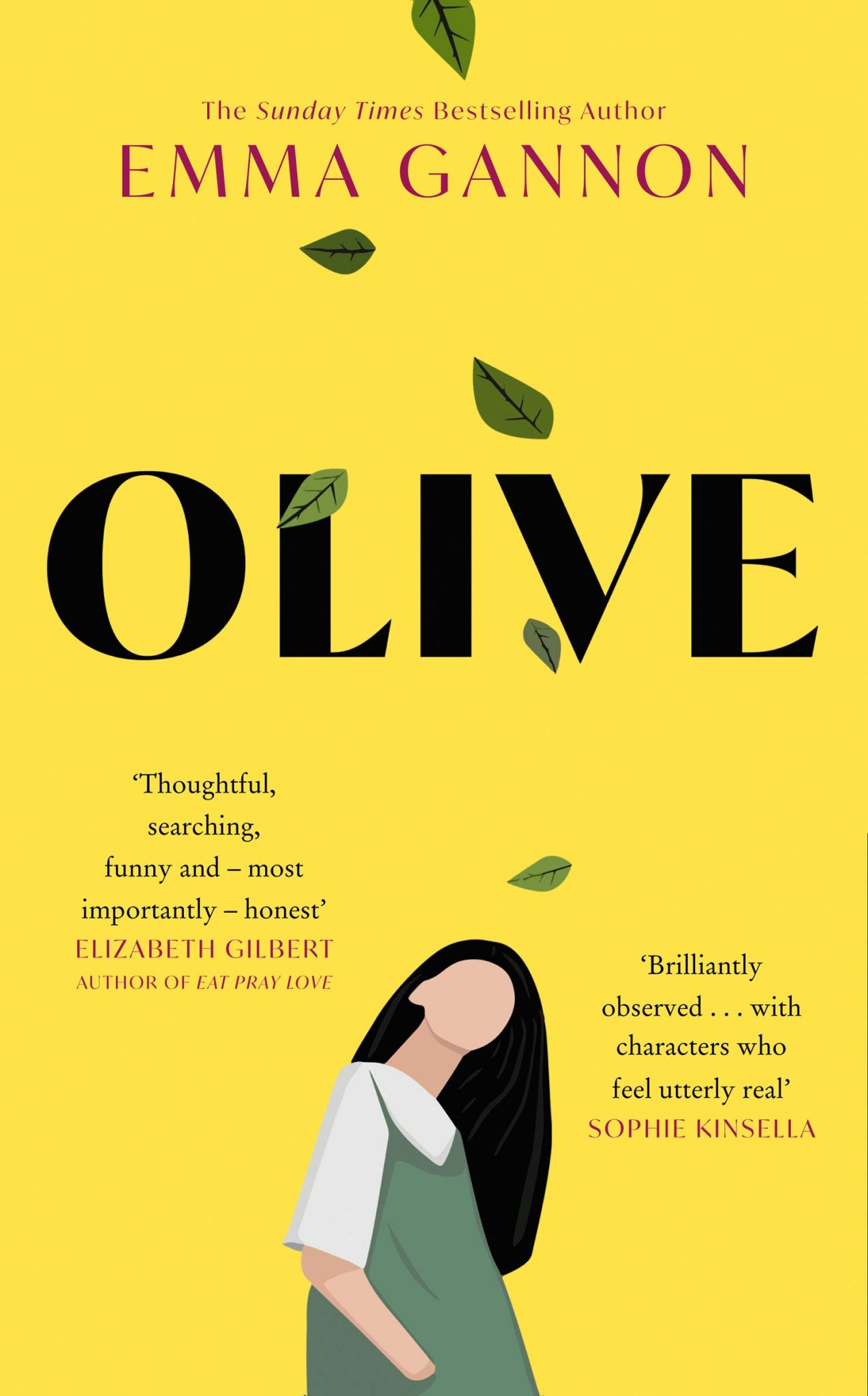 Olive is many things. Independent. Adrift. Anxious. Loyal. Kind. She knows her own mind.

And it’s ok that she’s still figuring it all out, navigating her world without a compass. But life comes with expectations, there are choices to be made and – sometimes – stereotypes to fulfil.

So when her best friends’ lives branch away towards marriage and motherhood, leaving the path they’ve always followed together, she starts to question her choices – because life according to Olive looks a little bit different.

The Shadow Friend by Alex North 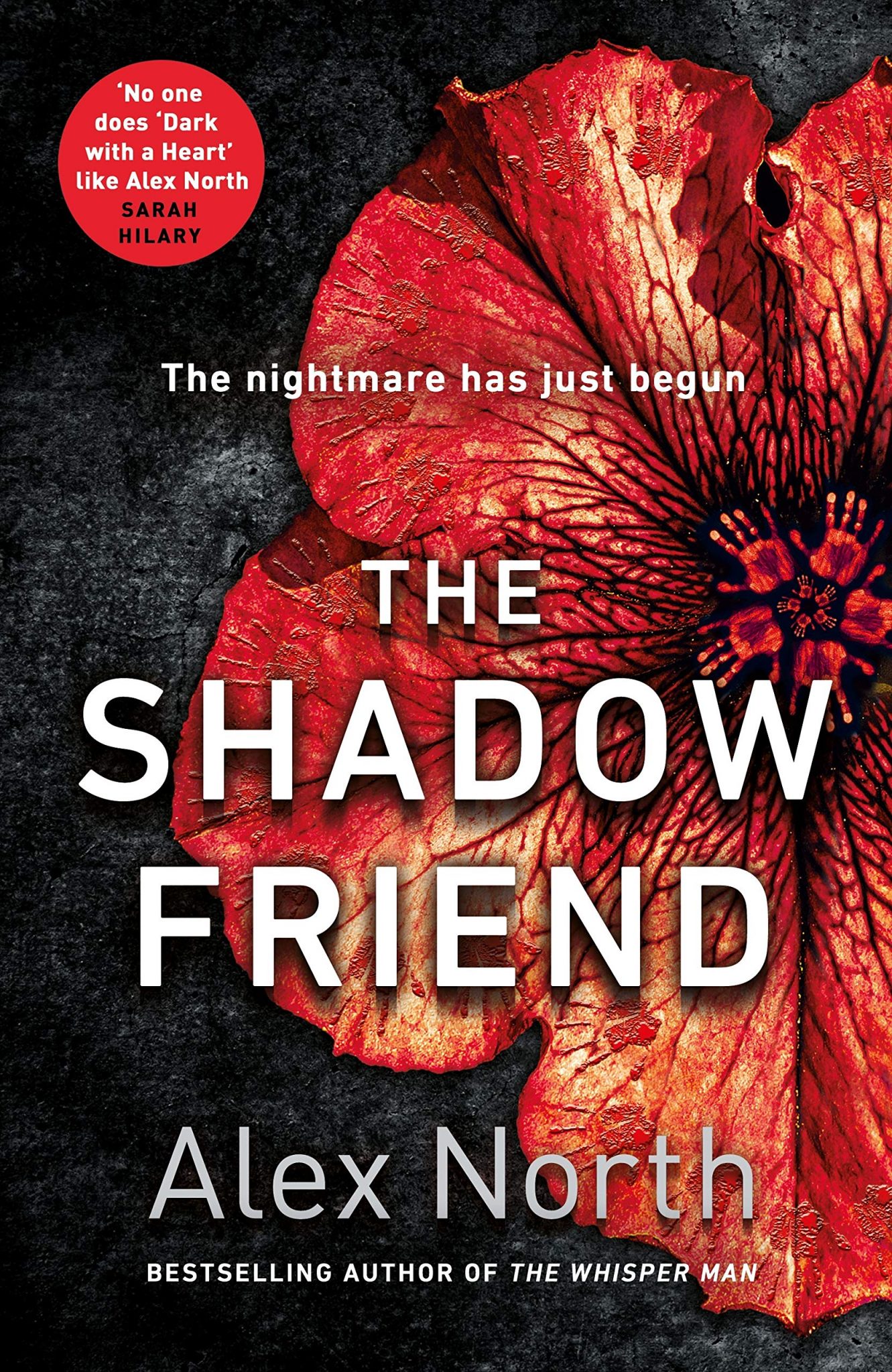 For Paul Adams, it’s a day he’ll never forget. He’s never forgiven himself for his part in what happened to his friend and classmate. He’s never gone back home. But when his elderly mother has a fall, it’s finally time to stop running.

It’s not long before things start to go wrong. A copycat killer has struck, bringing back painful memories. Paul’s mother insists there’s something in the house. And someone is following him.

Which reminds him of the most unsettling thing about that awful day twenty-five years ago.

The Pull of the Stars by Emma Donoghue 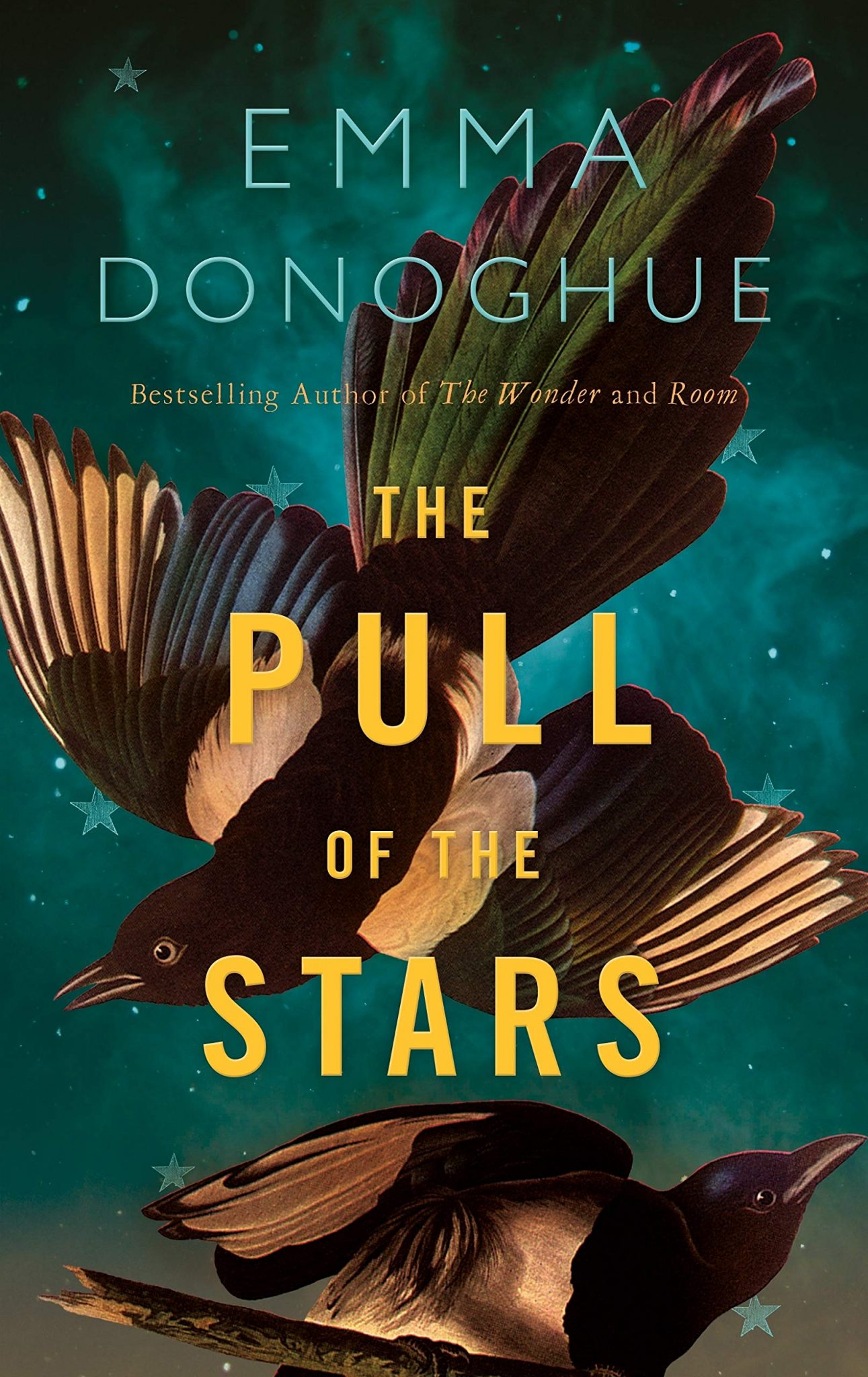 Dublin, 1918. In a country doubly ravaged by war and disease, Nurse Julia Power works at an understaffed hospital in the city centre, where expectant mothers who have come down with an unfamiliar flu are quarantined together. Into Julia's regimented world step two outsiders: Doctor Kathleen Lynn, on the run from the police, and a young volunteer helper, Bridie Sweeney.

In the darkness and intensity of this tiny ward, over the course of three days, these women change each other’s lives in unexpected ways.

They lose patients to this baffling pandemic, but they also shepherd new life into a fearful world. With tireless tenderness and humanity, carers and mothers alike somehow do their impossible work. 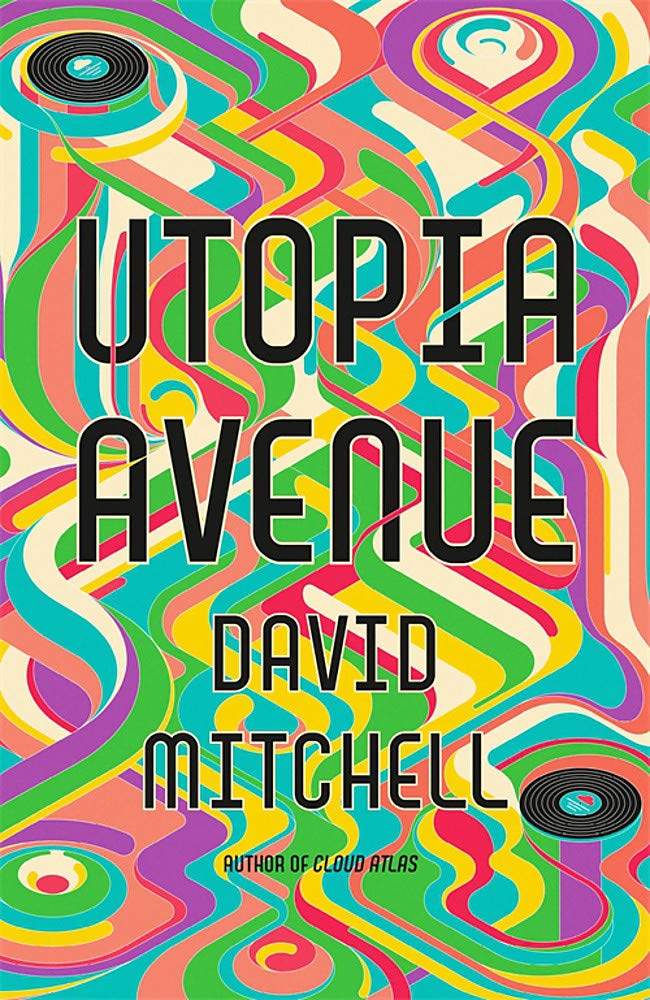 Utopia Avenue might be the most curious British band you've never heard of.

This is the story of Utopia Avenue's brief, blazing journey from Soho clubs and draughty ballrooms to the promised land of America, just when the Summer of Love was receding into something much darker - a multi-faceted tale of dreams, drugs, love, sexuality, madness and grief; of stardom's wobbly ladder and fame's Faustian pact; and of the collision between youthful idealism and jaded reality as the Sixties drew to a close. 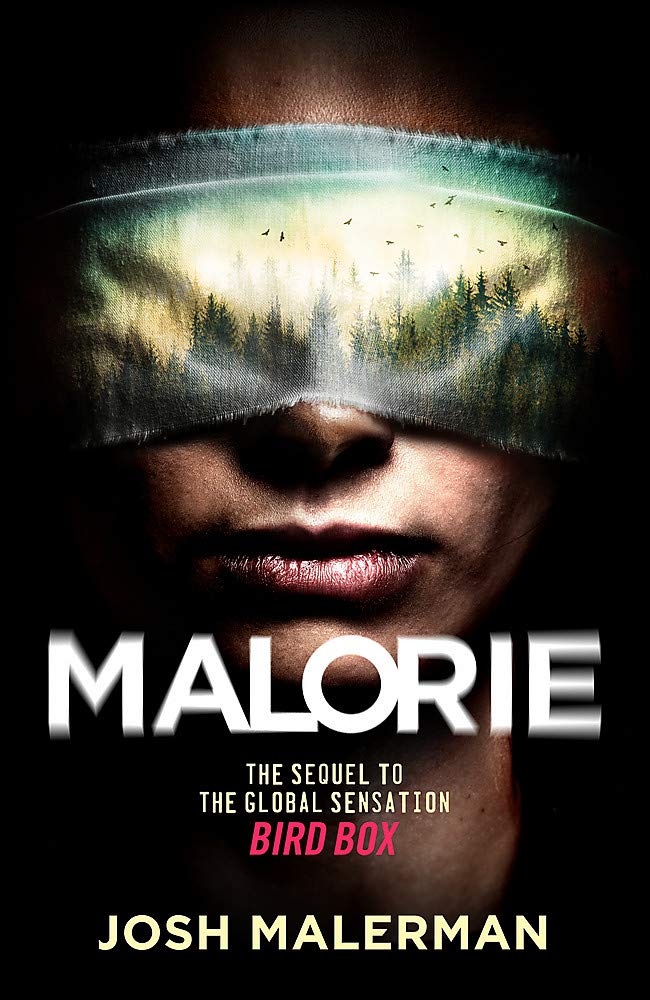 There haven't been many details released about Malorie just yet, but if it's anything like Birdbox, we can only imagine how terrifying it will be. Definitely one to add to the TBR pile.

popular
Primark reintroduces female-only fitting rooms after two men walk in on woman
Davide Sanclimenti opens up on having kids with Ekin-Su Cülcüloğlu as he turns down Dancing On Ice
8-year-old Ukrainian girl stabbed in Clare 'out of danger'
Anna Delvey is set to be released from prison
Man and woman charged with murder of four year old boy in 2021
Woman tells Kate Middleton 'Ireland belongs to the Irish' during Belfast visit
Why Are Men so Obsessed With Boobs? The Answer is Pretty Surprising...
You may also like
3 days ago
Graham Norton has a new answer for the worst guest he's ever had on his show
3 months ago
Love Island star Yewande Biala opens up about mental health on the show in new book
6 months ago
WATCH: The trailer for Where the Crawdads Sing is here
7 months ago
WATCH: The trailer for Conversations with Friends is finally here
8 months ago
The first photos from Conversations with Friends are here - and it looks incredible
9 months ago
Vogue Williams is writing a children's book
Next Page