8 brilliant books that fans of Little Women will absolutely adore

It may be 150 years old, but there's no denying that the story of Little Women has stood the test of time.

It is so beloved by readers that, over the years, it has been adapted for the screen a number of times - including the upcoming (and highly-anticipated) adaptation directed by Greta Gerwig, which hits theatres in just a few days.

The coming of age story follows the adventures of four young sisters – Meg, Jo, Beth and Amy March - and tells the tale of family, love, individuality, and finding a place in the world.

But if you can't quite wait for the story to hit the big screen once again, here are 8 brilliant books that fans of Little Women will absolutely adore.

Meg and Jo by Virginia Kantra 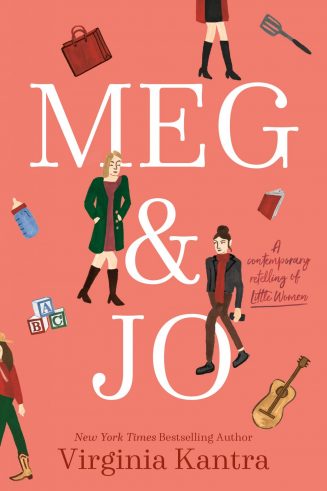 END_OF_DOCUMENT_TOKEN_TO_BE_REPLACED

When Jo followed her ambitions to New York City, she never thought her career in journalism would come crashing down, leaving her struggling to stay afloat in a gig economy as a prep cook and secret food blogger.

Meg appears to have the life she always planned--the handsome husband, the adorable toddlers, the house in a charming subdivision. But sometimes getting everything you've ever wanted isn't all it's cracked up to be. When their mother's illness forces the sisters home to North Carolina for the holidays, they'll rediscover what really matters.

The Spring Girls by Anna Todd 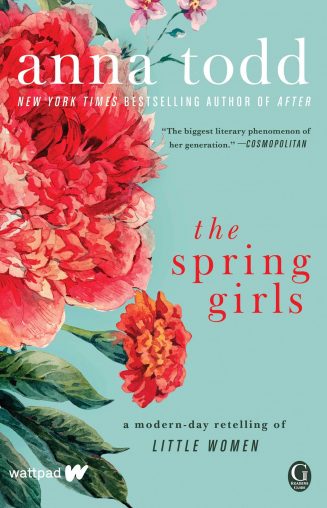 END_OF_DOCUMENT_TOKEN_TO_BE_REPLACED

The Spring Girls—Meg, Jo, Beth, and Amy—are a force of nature on the New Orleans military base where they live. As different as they are, with their father on tour in Iraq and their mother hiding something, their fears are very much the same. Struggling to build lives they can be proud of and that will lift them out of their humble station in life, one year will determine all that their futures can become.

The oldest, Meg, will be an officer’s wife and enter military society like so many of the women she admires. If her passion—and her reputation—don’t derail her. Beth, the workhorse of the family, is afraid to leave the house, is afraid she’ll never figure out who she really is.

Jo just wants out. Wishing she could skip to graduation, she dreams of a life in New York City and a career in journalism where she can impact the world. Nothing can stop her—not even love.And Amy, the youngest, is watching all her sisters, learning from how they handle themselves. For better or worse. 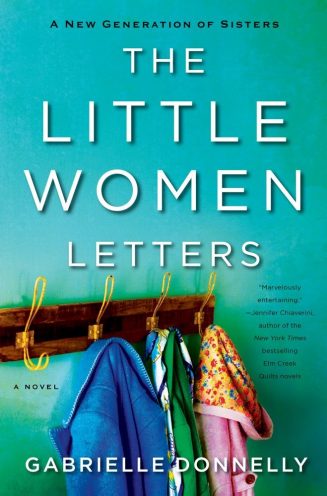 The Atwaters are a loving, sprawling mess of a family and Fee's three daughters, Emma, Lulu and Sophie couldn't be less alike if they tried. Emma is planning her wedding, Sophie is an up-and-coming actress, but Lulu - the cleverest of them all - is more than a little lost. If life is for living, why is she stuck in a series of dead-end jobs?

Grandma Jo's letters had been gathering dust in the attic for decades, but when Lulu gets her hands on them, everything seems to change and different worlds begin to open up. And even though dark family secrets emerge, Jo's words offer comfort and guidance across the centuries. Sometimes family is all that matters. And sisters are the closest friends you can find.

The Weird Sisters by Eleanor Brown 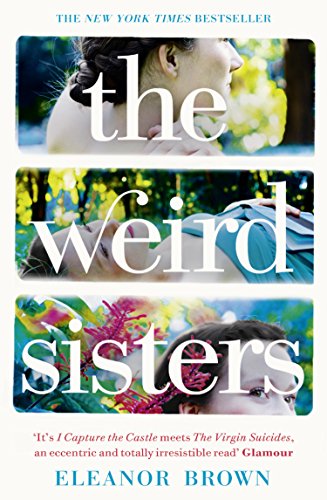 Rose always first, Bean never first, Cordy always last. The history of our trinity is fractious – a constantly shifting dividing line, never equal, never equitable. Two against one, or three opposed, but never all together.

Our estrangement is not drama-laden – we have not betrayed one another’s trust, we have not stolen lovers or fought over money or property or any of the things that irreparably break families apart. The answer, for us, is much simpler.

See, we love each other. We just don’t happen to like each other very much.

The Last Summer of the Garrett Girls by Jessica Spotswood 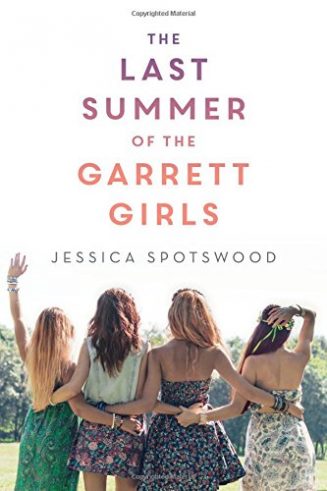 As the oldest, Des shoulders a lot of responsibility for her family and their independent bookstore. Except it's hard to dream big when she's so busy taking care of everyone else.

Vi has a crush on the girl next door. It makes her happy and nervous, but Cece has a boyfriend...so it's not like her feelings could ever be reciprocated, right?

Kat lands the lead in the community theater's summer play, but the drama spills offstage when her ex and his new girlfriend are cast too. Can she get revenge by staging a new romance of her own?

Bea and her boyfriend are heading off to college together in the fall, just like they planned when they started dating. But Bea isn't sure she wants the same things as when she was thirteen...

How the García Girls Lost Their Accents by Julia Alvarez 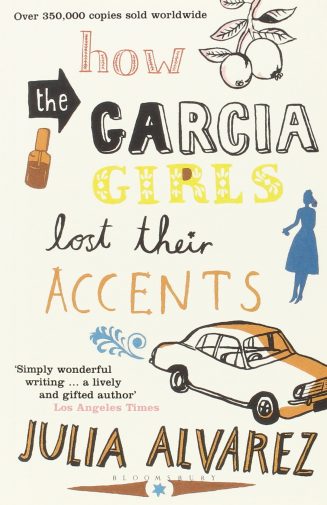 Yolanda Garcia is taking a trip to the Dominican Republic to revisit the country where she was born, and which her family was forced to flee for New York when she was a child.

Previously privileged and wealthy, the family finds it hard to adjust to immigrant life in the Bronx, particularly their tough old-world father, Papi. As they try immerse themselves in the American way of life, Yolanda and her three sisters begin to rebel against Papi's traditions and values, each in their own way.

But, however the girls may iron the curls from their hair and blend their Hispanic accents to fit in, they will always see the world through Dominican eyes. Now Yolanda needs to return one more time, to recover forgotten memories and remember that part of her she lost. 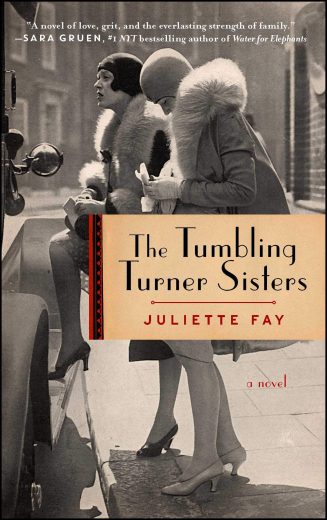 It's 1919, and the Turners are barely scraping by. When their father loses his job, their irrepressible mother decides that vaudeville is their best chance to make the rent--and create a more exciting life for herself in the process.

Traveling by train from town to town, teenagers Gert, Winnie, and Kit, and recent widow Nell soon find a new kind of freedom in the company of performers who are as diverse as their acts. There is a seamier side to the business, however, and the young women face dangers and turns of fate they never could have anticipated.

Heartwarming and surprising, The Tumbling Turner Sisters is ultimately a story of awakening--to unexpected possibilities, to love and heartbreak, and to the dawn of a new American era.

The Girls At the Kingfisher Club  by Genevieve Valentine 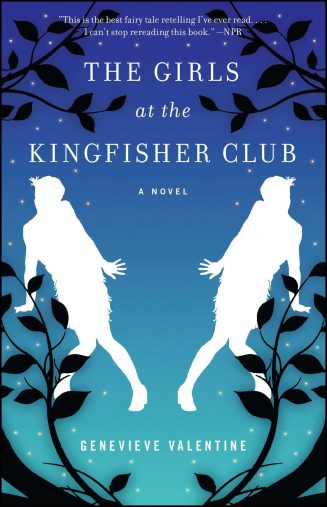 Jo, the firstborn, "The General" to her eleven sisters, is the only thing the Hamilton girls have in place of a mother. She is the one who taught them how to dance, the one who gives the signal each night, as they slip out of the confines of their father's Manhattan townhouse and into the cabs that will take them to the speakeasy.

Together they elude their distant and controlling father, until the day he decides to marry them all off. The girls, meanwhile, continue to dance, from Salon Renaud to the Swan and, finally, the Kingfisher, the club they've come to call home.

They dance until one night when they are caught in a raid, separated, and Jo is thrust face-to-face with someone from her past: a bootlegger named Tom whom she hasn't seen in almost ten years. Suddenly Jo must balance not only the needs of her father and eleven sisters, but her own as well.

popular
James Arthur says his relationship with this celeb made him a sex addict
Wagatha Christie: Rebekah Vardy storms out of court just 30 minutes into final day
Fashion house Dolce & Gabbana is 'sponsoring' Kourtney and Travis' Italian wedding
'She was always in awe of celebrity' – Rebekah Vardy's ex-husband speaks out
Rebel Wilson claims male co-star sexually harrassed her
A Full Time Job - The List of Tasks Mothers Carry Out Every Day
Why Are Men so Obsessed With Boobs? The Answer is Pretty Surprising...
You may also like
3 months ago
WATCH: The trailer for Conversations with Friends is finally here
3 months ago
The first photos from Conversations with Friends are here - and it looks incredible
5 months ago
Vogue Williams is writing a children's book
5 months ago
A TV adaption of One Day is coming to Netflix
7 months ago
Evanna Lynch opens up about her eating disorder in new memoir
8 months ago
Netflix to adapt Matilda and Charlie and the Chocolate Factory in huge Roald Dahl deal
Next Page