9 of the Her team's all time favourite books

It can be a novel that you first picked up in school; one that makes you recall the memory of a certain time or a place; or simply one of those books you can read again and again.

So, for this week's #Bookmarked, some of the Her team have picked their favourite books of all time - and shared just what it was about those novels that had such an impact on them.

Here are 9 of the Her team's all-time favourite books.

The Shadow of the Wind by Carlos Ruiz Zafrón 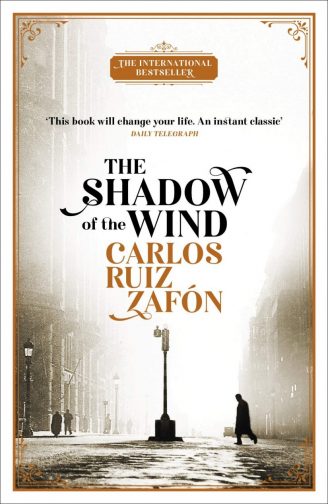 END_OF_DOCUMENT_TOKEN_TO_BE_REPLACED

It's hard to pick just one, but the first one that comes to mind is Carlos Ruiz Zafrón's The Shadow of the Wind. The first of the Cemetery of Forgotten Books series, it's actually more of a story-within-a-story - and an incredible one at that.

Set in the period after the Spanish Civil War, it follows a young boy named Daniel who - after being introduced to the labyrinthine Cemetery of Forgotten Books - picks up a novel called The Shadow of the Wind by Julián Carax. But when a mysterious man sets out to destroy the remainder of Carax's books, Daniel sets out to do everything he can to protect the legacy of the ill-fated author.

The Gothic mystery, combined with the social realism and detective fiction, results in a book that I wasn't able to put down - and had such an impact on me that I re-read in every year-or-so, and have done since I was 13. 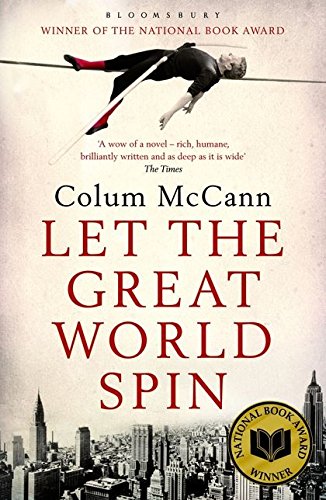 END_OF_DOCUMENT_TOKEN_TO_BE_REPLACED

As an avid reader since childhood I always maintained that there were too many good books out there to choose just one favourite – that was until I read Let The Great World Spin. The story is set in New York in the late 1970s, and involves a host of characters from different backgrounds, including two Irish brothers.

The characters don’t know each other but they’re all affected by the same events, and so the book jumps between different timelines and perspectives. It’s confusing at first but masterful as the stories slowly converge around an occurrence at the Twin Towers.

What I loved most about this book is how beautifully written it is – gritty in parts, poetic in others, Column McCann can express love and loss like no other writer I’ve ever encountered. It simultaneously made me want to write a novel of my own, and left me depressed that I could never come up with anything as moving as this story! 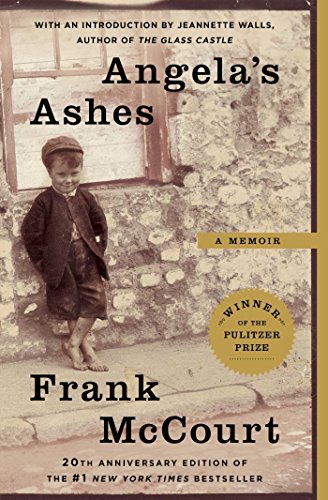 My favourite book of all time is Angela's Ashes.

I've always been a history nerd, so books that tell a story of another time are my thing. I love getting a look into the past, a glimpse into what life was like. Frank McCourt's biography does just that.

It's a story of his life; what it was like in Brooklyn as a small child, and what life was like as a teenager in Limerick. The story deals with poverty, alcoholism, and Irishness as a whole. It's no wonder it won a Pulitzer in 1997. 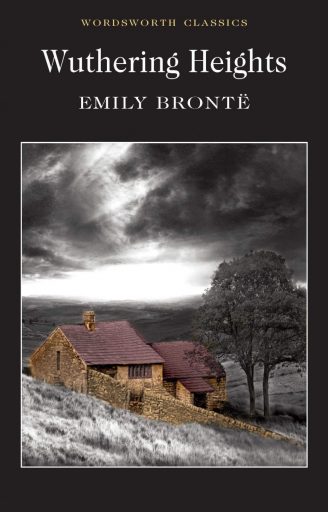 Hands down Wuthering Heights by Brontë, studied it in school and I was obsessed with my copy, I read it every few years still.
The book is grim, the abuse and inequality that Heathcliff suffers as a child is heartbreaking but then it forms the person he becomes who, for the most part, is completely unlikeable as a character.
He's driven by love but in the most dysfunctional sense of the word, but we're still drawn to him! The themes of revenge that run throughout keep you completely captivated and then there's the gothic elements of the supernatural and creepy girl GHOSTS, it literally has everything!
"Whatever our souls are made of his and mine are the same."
Although it sounds romantic, it's a highly co-dependent and unhealthy relationship and I'm pretty sure this book is why I went for asshole bad-boys for most of my teenage life and well into my twenties.
You can never change a Heathcliff, run away very fast across the moors!

All Quiet on the Western Front by Erich Maria Remarque 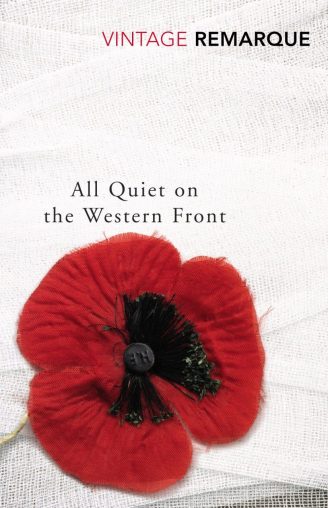 My absolute all-time favourite is All Quiet on the Western Front by Erich Maria Remarque. (The English translation because I don't speak German).

I loved it because there are so many emotions conveyed in the book and the story really shows the inhumanity of war and how the vast majority of the soldiers on the front line were terrified young men who had no idea what they were fighting for.

What pushed it to the top for me, though, is how fantastically it is written (and translated). There are so many standout lines in the piece that are moving and enlightening and heartbreaking.

It's definitely not a lighthearted read but it has stuck with me since I read it.

A Little Life by Hanya Yanagihara 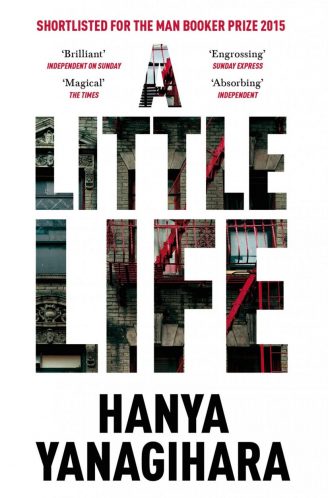 My favourite is A Little Life by Hanya Yanagihara.

I didn't know what I was getting into when I launched into the 800+ page odyssey, but I'm glad that I dived in without any prior knowledge as to how I was going to feel the entire way through.

The book is devastating, and I mean that in the most positive way. It'll leave you upset, enthralled, and completely heartbroken, feeling things for these characters that you've probably never felt for people you know in real life.

Basically, it's a modern classic and I've yet to have anything affect me so rawly and intensely since. 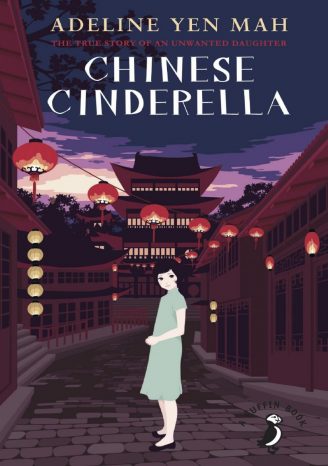 A beautifully sad story. It tells the tale of a young Chinese girl who's mother died at childbirth, and her family therefore resent her. It's a true story, written in the first person, and one I was definitely too young to read as a child.

I remember being so fascinated by the differences in culture. The author wrote it with a reflective mind so her retrospective outlook was also super interesting.

It's been so long since I've read it that I'd be curious how well it is actually written, given I was so young but I've no doubt it's emotive effects would be the same.

The Driver's Seat by Murial Spark 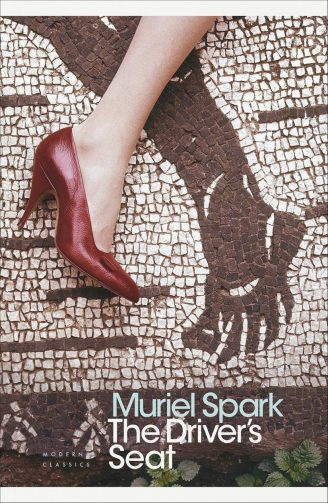 I studied this book in college and really had to read and re read it. It givea you an inside glimpse into the mind of a woman going through some type of mental illness (never explained).

One of the most enjoyable, mind-boggling, confusing books I've ever read.

As a reader you can't trust your protagonists voice, and no matter how many times you read it you'll see her and her actions differently every time.

A Girl Is A Half-Formed Thing by Eimear McBride 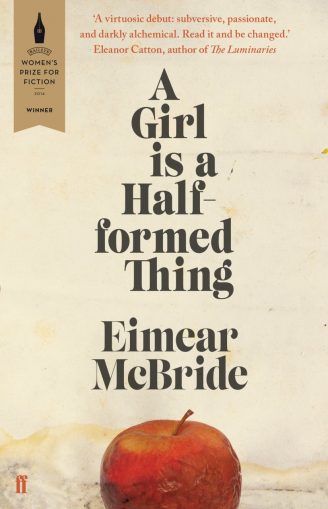 Feels very strange to consider this a favourite book because I did nothing but cry the whole time I read it. There's no happy ending, no knight in shining armour, and not even any named characters.

To learn that the characters unnamed would seem confusing at first but the blatant Irish tone of the novel makes it incredibly easy to determine who is speaking.

popular
Anne Heche has been removed from life support
Paige Thorne breaks her silence on Jacques O'Neill drama
Top tips for keeping your fake tan on for longer as the weather heats up
Love Island producers respond to claims Jacques was kicked off the show for "bullying"
Ekin-Su Cülcüloğlu signs the biggest fashion deal in Love Island history
Met Éireann extends high temperature warning for Ireland this weekend
Apparently, THIS is the reason why Louise Redknapp split from Jamie Redknapp
You may also like
2 months ago
Love Island star Yewande Biala opens up about mental health on the show in new book
4 months ago
WATCH: The trailer for Where the Crawdads Sing is here
6 months ago
WATCH: The trailer for Conversations with Friends is finally here
6 months ago
The first photos from Conversations with Friends are here - and it looks incredible
7 months ago
Vogue Williams is writing a children's book
8 months ago
A TV adaption of One Day is coming to Netflix
Next Page