The book — which is her third novel for young adults — hit shelves earlier this autumn.

And she recently spoke to Her about what inspired her to start writing YA, the real-life inspiration behind her latest novel and why Breathless is her most personal book yet.

END_OF_DOCUMENT_TOKEN_TO_BE_REPLACED

The coming-of-age novel follows Claudine Henry, also known as Claude, during the summer after her high school graduation.

She wasn't meant to spend her summer on this remote island on the coast of Georgia —she was supposed to be on a road trip with her best friend, so that they could spend every possible minute together before they head to college.

But after her father makes a shock announcement, she is exiled with her shaken mother, with no phone service and no one she knows. She is completely cut off.

That is, until she meets the free spirited and mysterious Jeremiah — and their chemistry is immediate and irresistible. And while they both know whatever they have can only last the summer, maybe just one summer will be enough.

END_OF_DOCUMENT_TOKEN_TO_BE_REPLACED

"When I was growing up, I loved Judy Blume’s Forever. And I wanted to kind of write a modern day version of Forever [with Breathless],” she said.

She explained that she felt there wasn’t a lot of “honest accounts that are really positive about sexuality” in the genre, noting that she wanted to “write something that kind of offset that.” 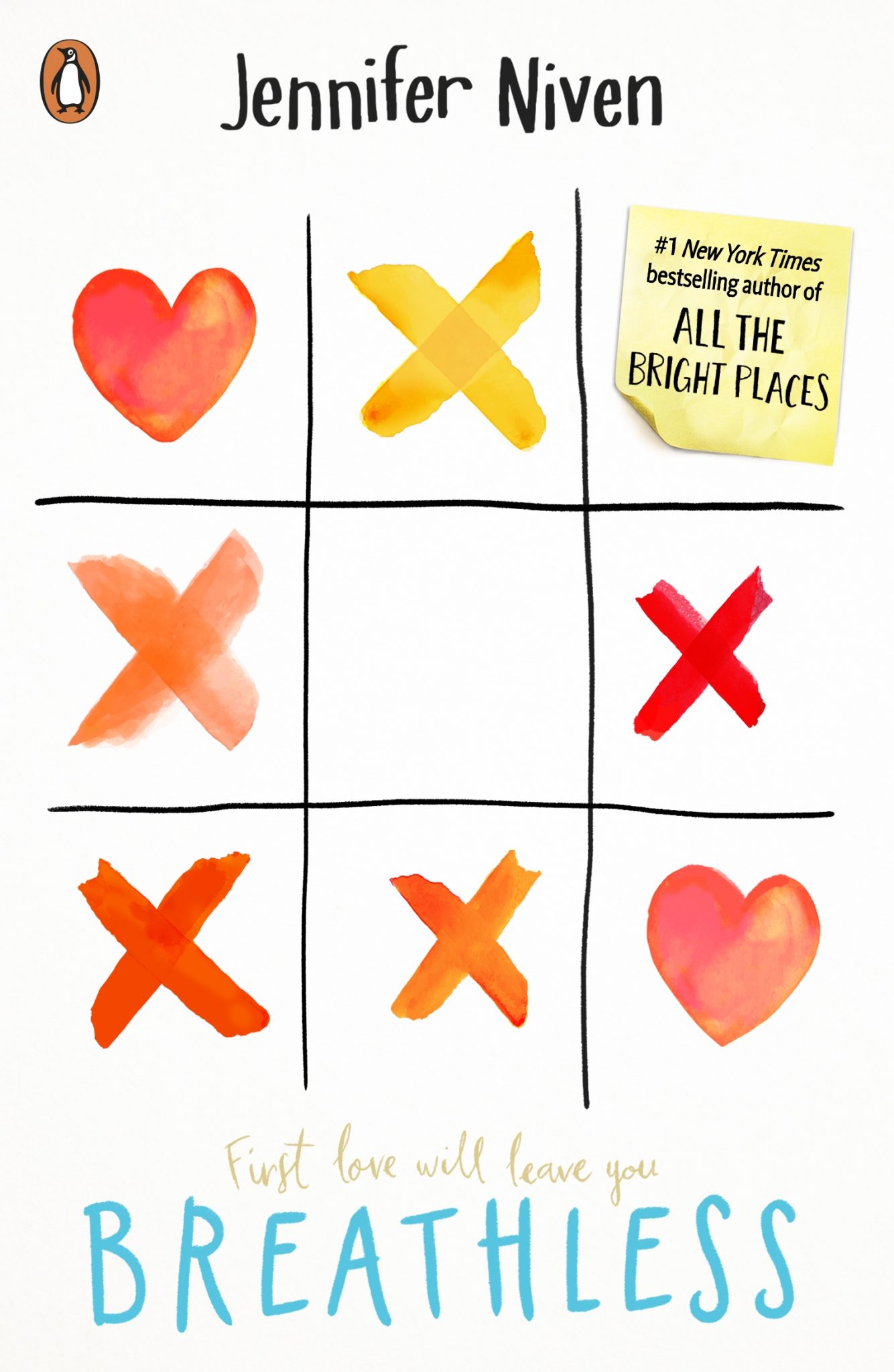 “I also wanted to write a personal story. All The Bright Places was very personal, and Holding Up The Universe was in some ways, too,” Jennifer continued.

END_OF_DOCUMENT_TOKEN_TO_BE_REPLACED

“And so in keeping with that, I wanted to revisit this summer when I was 18. My parents split up, and I wasn't allowed to tell anyone — and I felt so isolated. My mom and I moved away like five days after graduation; we actually went to the mountains of North Carolina. It felt very remote and cut off from everyone I knew.

“I wanted to write that story, give it to a character, and have her go to a remote island off the coast of Georgia instead. But I wanted to write something about like just being isolated, feeling like the floor has just been ripped out from under you and you have to start over and really figure out who you are and write your own story."

And Jennifer explained how Breathless is personal on another level — and how her relationship with her husband, Justin, played a part in the book.

“When I was working on the book, I had already created this character of Jeremiah Crewe. He’s living on the island; he’s got this kind of troubled past but he’s overcome it, and he just seems older than he is.”

“I had been in touch with Justin over Instagram because he takes beautiful nature photos of the island [that inspired where Claude and her mom go], and he was living there at the time. I went to the island to work on the book and like, actually start doing the writing. I told him I was coming and we met on the first day I was there,” she continued, adding that it was like “love at first sight”.

“He had the same backstory as Jeremiah, and the same initials — it’s really eerie. But, so, all the adventures that are in the book are ones that Justin and I had while we were on the island, I gave those to Claude and Miah.”

And while Jeremiah and Claude’s story has come to an end for now, it may not be for very long.

The author told us that she wouldn’t rule out a sequel to Breathless — and that the book may be making the move to the screen, as it has been optioned for a film. 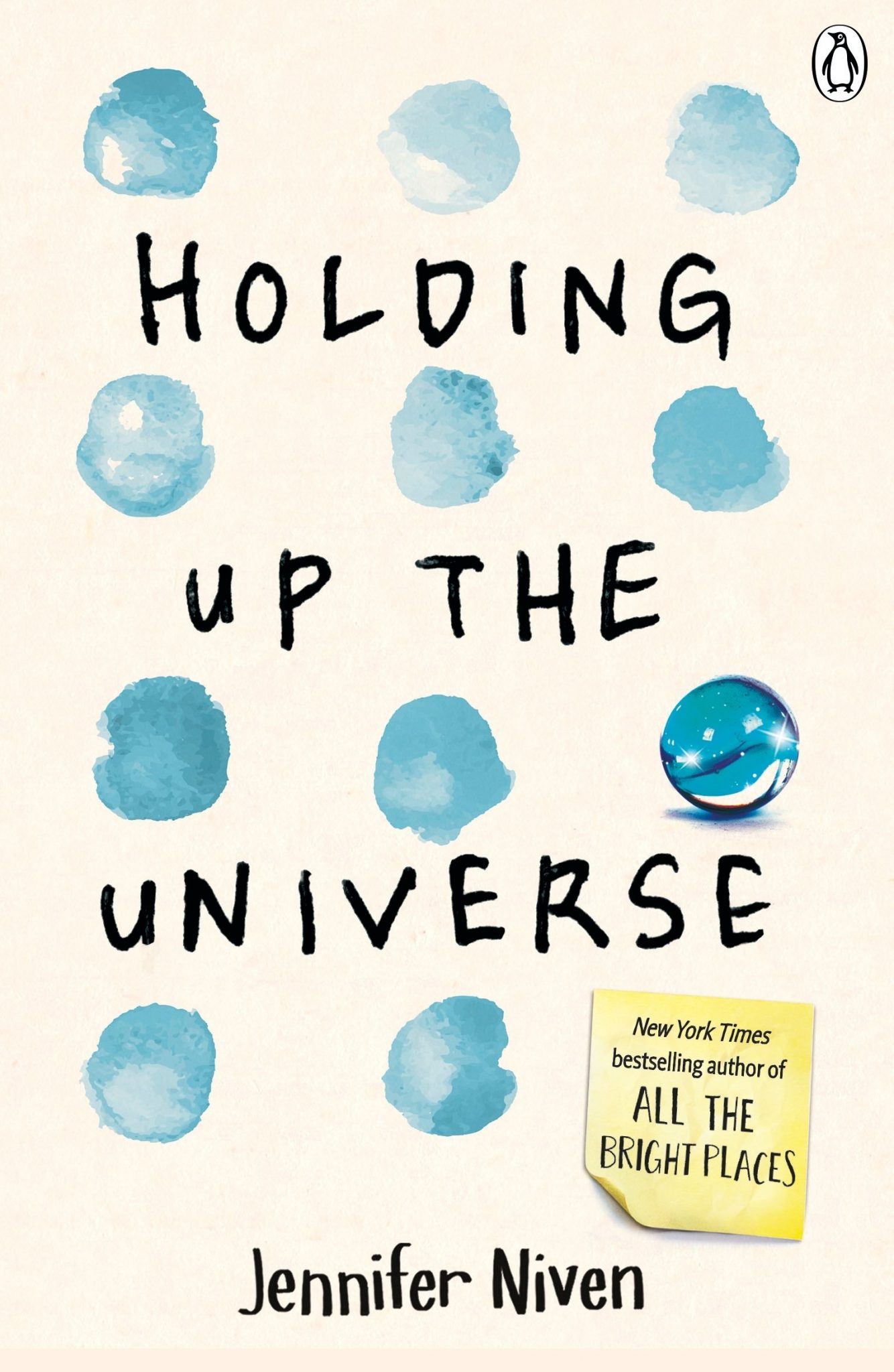 “I never say never, in terms of writing a sequel to a book. I think with Claude and Miah, it was more open-ended than with All The Bright Places and Holding Up The Universe. So, it’s something that I would definitely revisit — I think it would be lovely to see where they are in a few years from where the book ends,” Jennifer explained.

“One way to get to revisit is to work on the scripts for the movie versions. I’m doing that with Holding Up The Universe right now, getting to write the screenplay for that — it’s going to be a film and I’m very excited.

“It’s like an opportunity, in a way, to write some things that you didn’t put in the book and maybe change a few things here and there while keeping the same story. Breathless has also been optioned for a film, so hopefully I’ll get to do that as well — but it’s not a no for another book, because I think that would be wonderful, too.”

Although she couldn’t share too much about Breathless being optioned, the author did have a dream cast in mind — at least when it comes to the main pair

“I always cast my characters when I’m writing them, and I had cast Sophia Lillis [from I Am Not Okay With This] — I had seen a picture of her when I started writing Breathless and I was like, that’s Claude. She just has so much personality and is striking in a very different way,” she said.

“For me, Jeremiah is either Luke Eisner from Tall Girl or Rudy Pankow, who plays JJ in Outer Banks. To me, he’s a combination between the two of them.” 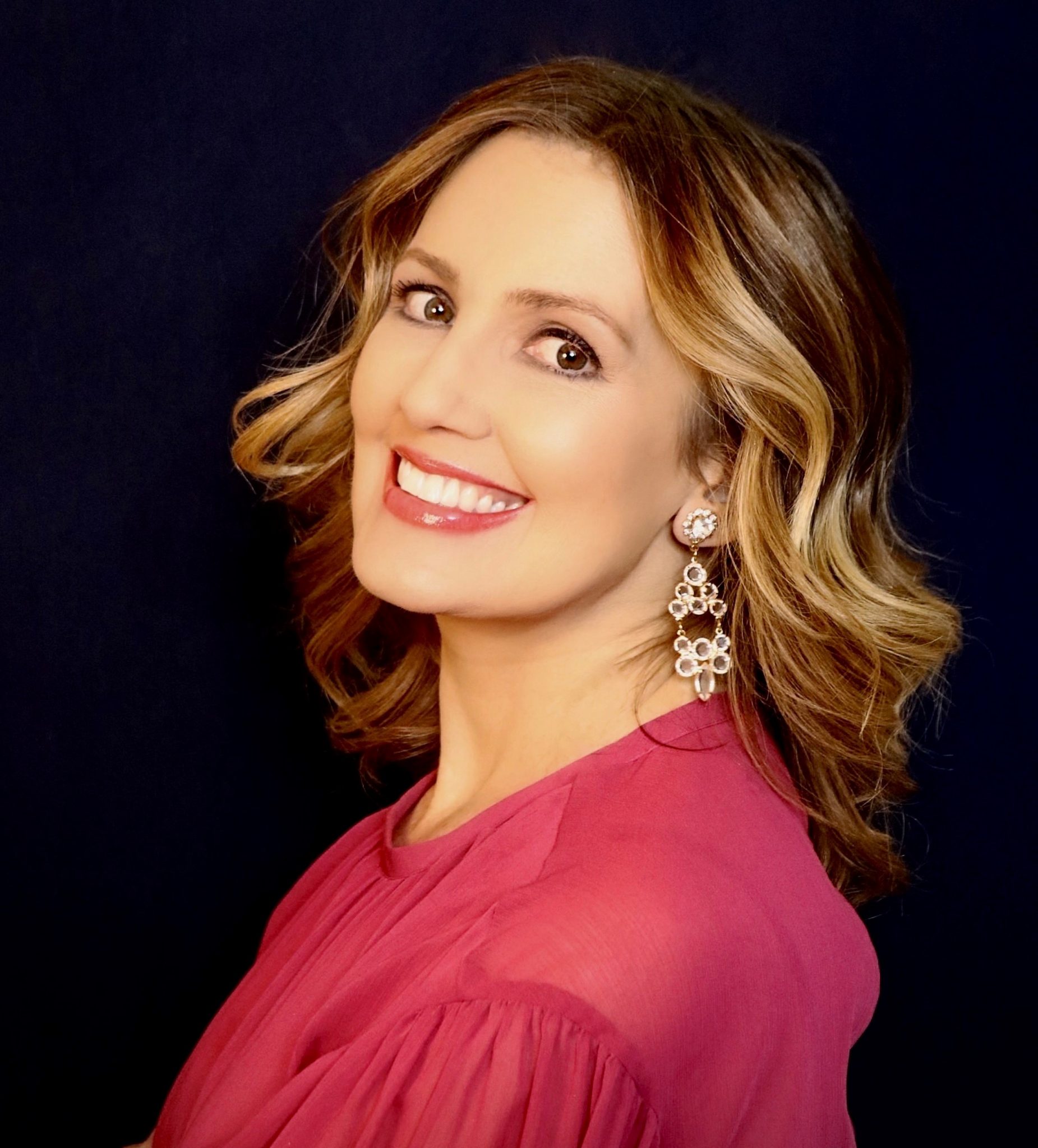 While Breathless is her third novel for young adults, her previous work includes three nonfiction books and four historical novels. She told Her about what inspired her to make the move to writing for young adults and the start of writing All The Bright Places.

“A couple of things were happening. One being that I’d always wanted to write YA; I loved reading YA. And then in 2013, I was finishing the last in a series of historical novels for my publisher and my agent of 15 years died very suddenly and unexpectedly. And he was the agency, so when he went away, everything went away.

“I had to find a new agent and I had to think of the next thing I wanted to write, to talk to them about it. The last thing he said to me when we saw each other in person was whatever you write next, I want you to write it — even if it terrifies you. And I knew exactly what that was,” she recalled.

“When it came time to write something new, I wanted to honour him and his last words to me. I wrote this story that was inspired by a boy I loved and lost. I knew this boy in my 20s, but I wanted to [make the characters] teenaged. It just gave me the objectivity that I needed to write the story, because it was such an emotional, personal one. It felt like that was a really good age to set it — and that became All The Bright Places. 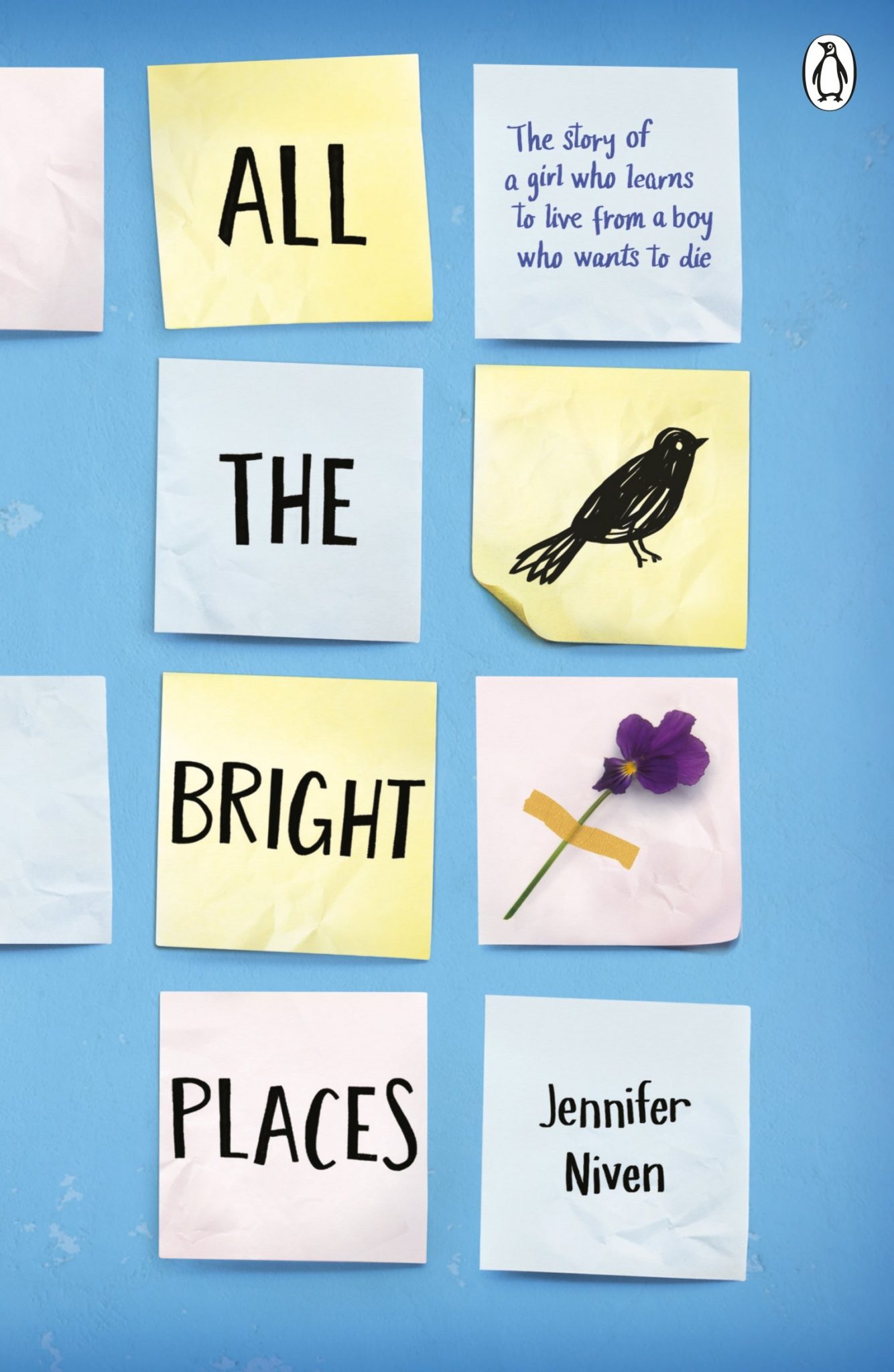 The author shared a little bit about what she has been working on during lockdown — including a YA novel with another author, and her next standalone.

“The first part of [lockdown], I think I was trying to get my bearings like so many of us — and I wasn’t very productive for like, the first two months. But now I’ve been working, working, working, and really grateful to have the work during this time,” she said.

“I just finished a collaboration on a YA novel with another YA author — I can't officially say who it is yet, but hopefully it's going to be out next fall. I’m working on the script for Holding Up The Universe, and I’m also working on my next YA solo novel. [For] That one, I’ve got three different ideas and I’m trying to pick which one — hopefully I’ll decide on that soon."

popular
Gerard Butler pays tribute to "brother in arms" Darius Danesh
Vogue Williams slams man who refused to swap seats with her on plane
Sarah Jessica Parker offers to help out at Dublin restaurant
Three children among 12 killed in massive European storm
This is the exact date the weather will get warm again
Journalist Richard Engel shares news his six year old son has died
New Zealand family find two bodies in second hand suitcases
You may also like
2 months ago
Love Island star Yewande Biala opens up about mental health on the show in new book
4 months ago
WATCH: The trailer for Where the Crawdads Sing is here
6 months ago
WATCH: The trailer for Conversations with Friends is finally here
6 months ago
The first photos from Conversations with Friends are here - and it looks incredible
8 months ago
Vogue Williams is writing a children's book
8 months ago
A TV adaption of One Day is coming to Netflix
Next Page