Authors Sarah Breen and Emer McLysaght on what's next for Aisling

Authors Sarah Breen and Emer McLysaght have opened up about what's next for their beloved character, Aisling.

At the launch of Irish Book Week, Emer and Sarah told Her about their 'dream cast' for the big-screen version of Aisling, the Irish authors who inspire them and where the character will go from here.

After charming readers across the globe in Oh My God, What a Complete Aisling, The Importance of Being Aisling and Once, Twice, Three Times An Aisling, there's going to be two more Aisling novels - and the authors are working on a screenplay of the first book, too.

END_OF_DOCUMENT_TOKEN_TO_BE_REPLACED

And when the pair were asked who they would 'dream cast' of Aisling would be for the big screen adaptation, things got a bit tricky.

"We usually restrain ourselves, because it has to be someone Irish - or at least someone who can do an amazing Irish accent," Emer admitted.

"Although, did anyone think Renée [Zellweger] would nail the English accent for Bridget Jones? She smashed that," Sarah added.

"Someone asked me this recently and, dream-dream would be to go back in time and cast Emma Thompson, who I'm sure can do an impeccable Irish accent," Emer said. "But ideally, we would find some gem of an actress who can just be Aisling and embody everything about her" 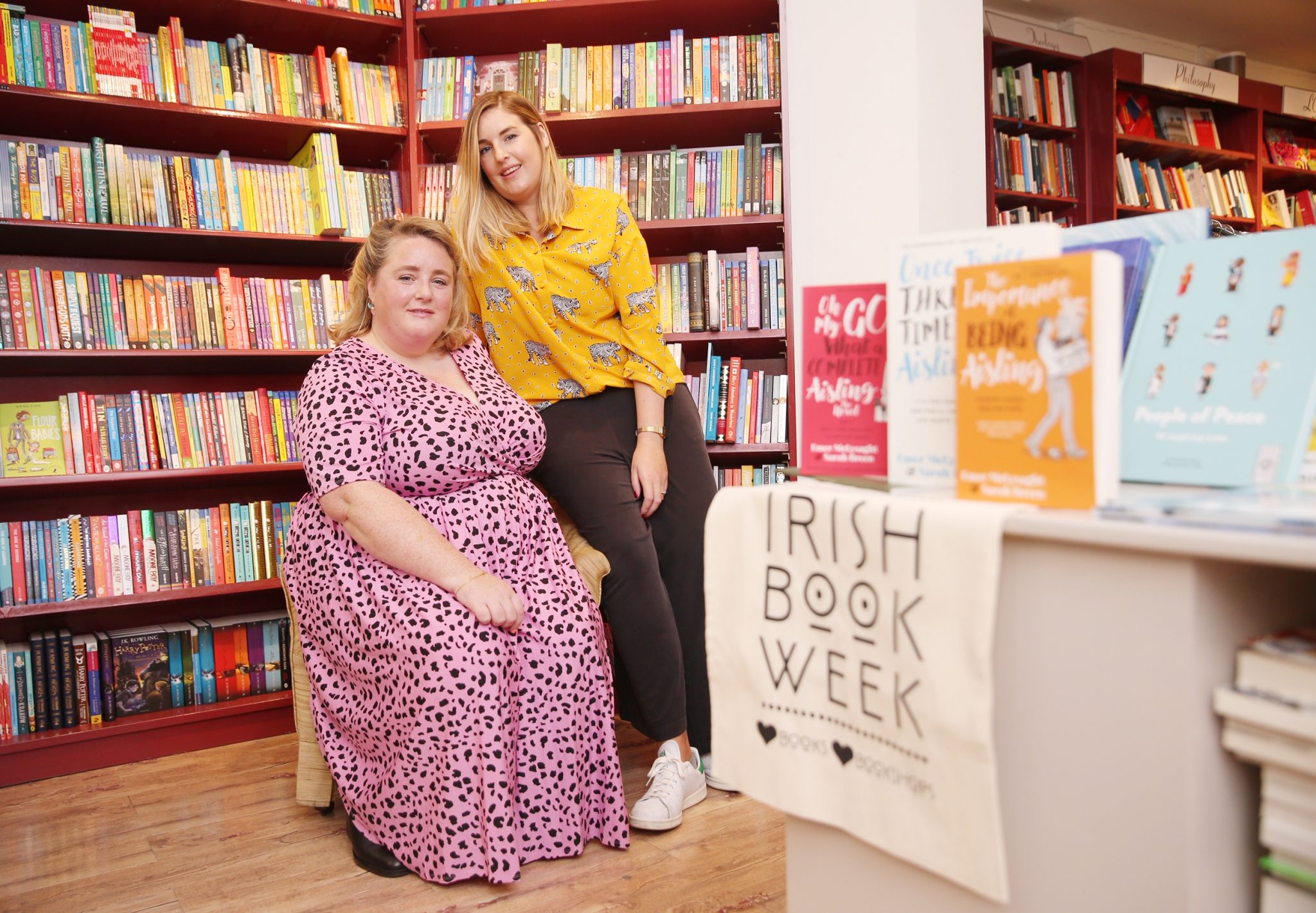 END_OF_DOCUMENT_TOKEN_TO_BE_REPLACED

As for where Aisling is going to be headed next after the end of Once, Twice, Three Times an Aisling, Emer explained that they have a "very vague" idea of how they're going to bring the series to a close.

"We have a very vague idea of where she's going to go. And by very vague, I mean about a page of notes - which is how we've done all of the books," she said.

END_OF_DOCUMENT_TOKEN_TO_BE_REPLACED

"We know how it's going to end. We're going to bring the story as it is now to an end with book five, and we know how that's going to end - very vaguely. We care a lot about Aisling. We want to treat her well."

Ever since the release of Oh My God, What A Complete Aisling in 2017, Aisling has struck a chord with readers across the globe. And the authors weighed in on what they think it is about Aisling that has captured readers' hearts.

"I think it's because Sarah and I are obviously Irish women of a certain age, and we have had the experience a lot of Irish women have had," Emer said. "So, we basically put those down. So much of all three books contains so much of us."

"Because there are two of us, it's a shared experience. Aisling is a very bog-standard person; she's such an everywoman," Sarah added.  "She goes to her open plan office, just like everyone else - and because we see everything from her perspective, a lot of people would be like, 'I think that as well, but I haven't been brave enough to say it.'" 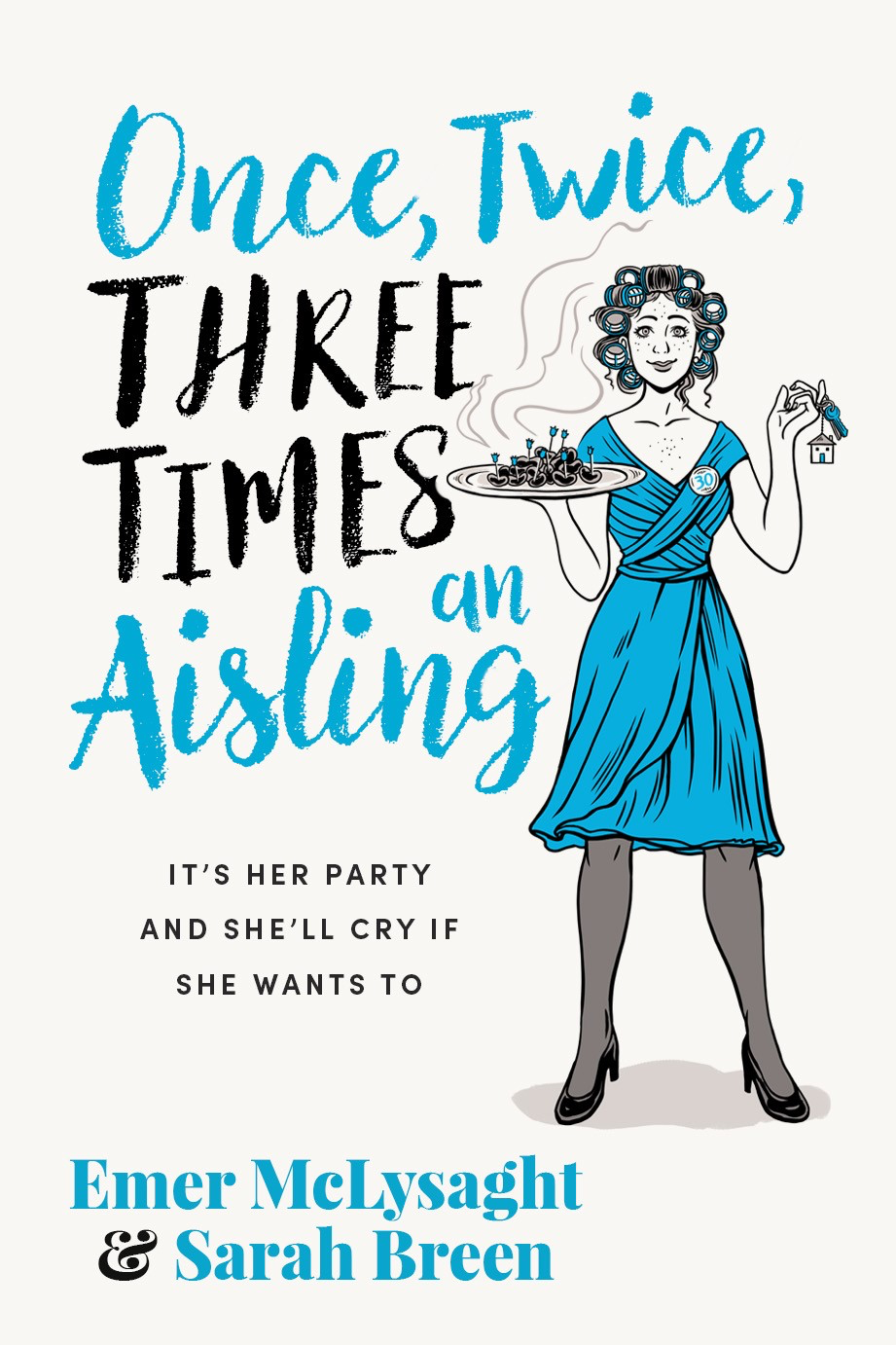 Once, Twice, Three Times an Aisling

Discussing the success of the series to date, the authors admitted that they never expected the Aisling books to take off in the way that they have.

"We didn't from the get go, we never imagined our first book would do as well as it did. Genuinely, you don't know how people are going to react," Emer said. "The first book came out two years ago, and there's no way if I said to Sarah [then] that we're going to be standing there, getting interviewed by somebody about our third book in two years time - there's no way we would've believed it."

"To even get to do the sequel - when the first book came out, it became successful pretty quickly. The idea that we were going to do a sequel, I mean, we wouldn't have killed off a central character if we knew we were going to write another book," Sarah explained.

"We're going to do five books in total now, and with each book, there's more worry and anxiety because people have really fallen for Aisling now [and we don't want to let them down]."

Running from October 26 until November 2, Irish Book Week is  a celebration of Irish published books, Irish authored books and Irish interest books - as well as the wonderful bookshops in which we buy them.

And Emer and Sarah revealed who are the authors that inspired them the most. 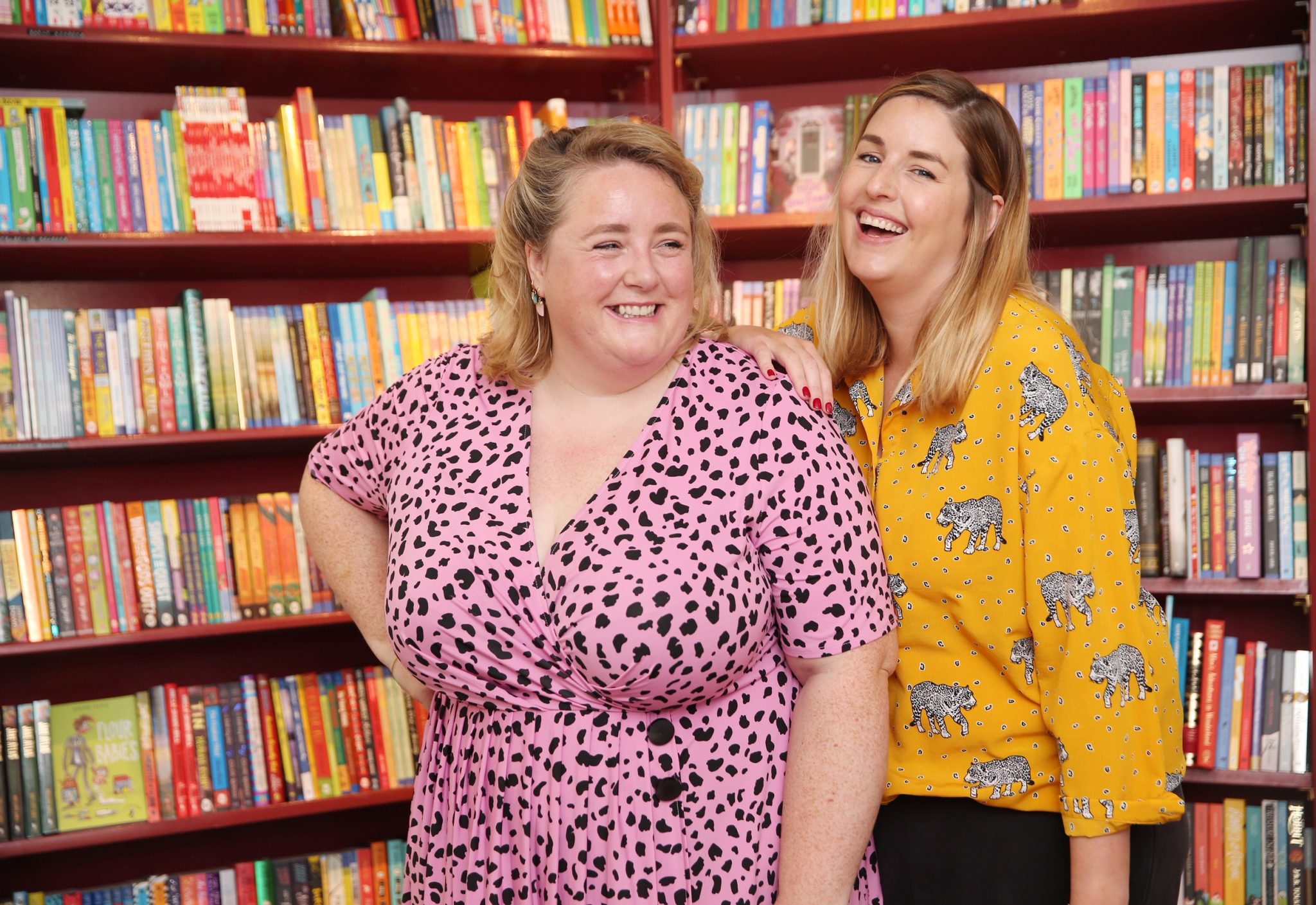 "Myself and Emer used to share a room back in college, and we would pass dog-eared copies of Marian Keyes novels back-and-forth, just going like, 'imagine what she's like in person' and 'how are these books so great'," Sarah added.

"As soon as our book came out, she's been such a champion. Like, even though she had a book that was out the same month as ours, she was so supportive."

"Also, Maeve Binchy," Emer continued. "I started reading Maeve Binchy in my early teens, because my mother would've had the books lying around. And I just read them over and over again.

"And, occasionally, we've been called like, 'the Maeve Binchy's for the 20th century', and that's unbelievable. I don't believe that, but it's amazing to hear."

Sarah Breen and Emer McLysaght is nominated for National Book Tokens Popular Fiction Book of the Year in the An Post Irish Book Awards for their book ‘Once, Twice, Three Times an Aisling’. They are also nominated for the RTÉ Radio One Listeners’ Choice Award.

You can vote for your favourite at anpostirishbookawards.ie.

You can read Her's review of the third Aisling novel here.

popular
Love Island: Mollie's family issue apology following allergy comments
Love Islanders will decide whether to recouple in Casa Amor TONIGHT
Woman dies in water park zip line accident in Brazil
Love Island fans think someone has left after Luca arrives back to empty bed
Sunny weather set to return tomorrow with highs of 23 degrees
Penneys has a perfect dupe for Charlotte Tilbury's Flawless Filter foundation
Friends creator says they regret not using correct pronouns on the show
You may also like
3 weeks ago
Love Island star Yewande Biala opens up about mental health on the show in new book
3 months ago
WATCH: The trailer for Where the Crawdads Sing is here
4 months ago
WATCH: The trailer for Conversations with Friends is finally here
5 months ago
The first photos from Conversations with Friends are here - and it looks incredible
6 months ago
Vogue Williams is writing a children's book
7 months ago
A TV adaption of One Day is coming to Netflix
Next Page