The cover for Josh Malerman's sequel to Birdbox is here

Author Josh Malerman has unveiled the cover for Malorie, the highly-anticipated sequel to Birdbox.

Malorie is set to be released on July 21, 2020 - a little more than a year and a half after the film adaptation of Birdbox hit Netflix.

In case you haven't seen (or read) Birdbox, the thriller is based on Josh Malerman's 2014 novel of the same name - and follows a mum trying to get her children, Boy and Girl, to safety after a supernatural apocalypse strikes.

However, the three of them have to be blindfolded to prevent the slide into insanity that happens if they see the villains in the film.

Not many details about Malorie have been released just yet - but if it's anything like Birdbox, we can only imagine how terrifying it is going to be.

Malerman took to Twitter earlier this week to unveil the cover for the book and we are so excited.

In an interview with Esquire last year, Malerman explained that he had been inspired to write the sequel after he watched the film and was keen to know what happened next.

And while the author said fans were keen to know more about Boy and Girl, he felt the Bird Box universe "is Malorie's story."

"In the time between Bird Box coming out and the time since I’ve been writing Malorie, I’ve been asked a ton of times: people want to know what happened with Boy and Girl.

"But as much as I care about Boy and Girl, this isn’t their story. The Bird Box world is Malorie’s story, and I wanted to know more about her.

"I wanted to get to know her even better.

"At the end of the movie, I turned to my girl Allison and said, 'I want to know what happens next!' and she’s like, 'Well, you know, you could make that happen,' so it really was this warm feeling." 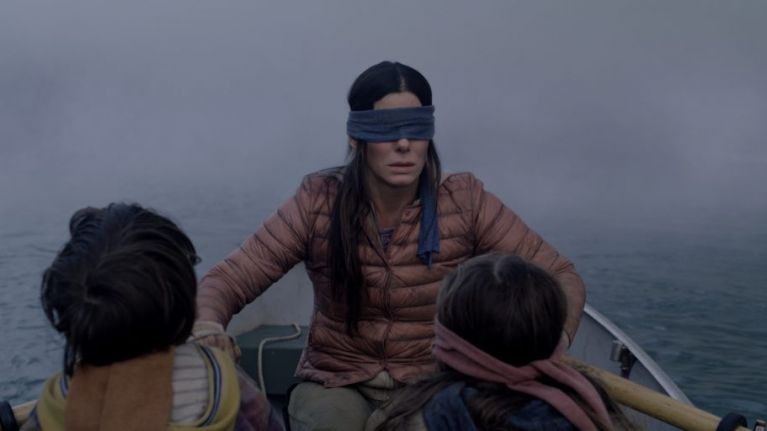 Malorie will pick up eight years after Bird Box left off, with the characters in a "sort of similar" kind of situation.

"They’ve left [the sanctuary they found]. [It is] similar in that they’re trying to make things work. It’s not like it opens with them in paradise."

He explained that while he can't say if there will be any resolution about the origins of the monsters, readers "will get to know both Malorie and the creatures better."

popular
The €9 buy fans swear is an EXACT dupe of Estée Launder's popular Double Wear foundation
Between seasons: These fab sale buys will see you through to autumn
It turns out we're all peeling oranges wrong and this madness has to stop
How to cope in this humidity: From sleeping better to dealing with frizzy hair!
Billy Connolly Has Harsh Words With Russell Brand, After Brand Asks a Woman to Flash Him...
This no bake 'Chocolate Refrigerator Cake' recipe has us drooling
Here's what happens on every day of your menstrual cycle (roughly)
You may also like
1 week ago
22 amazing books to curl up with this August
1 month ago
14 new books you won't be able to put down this July
2 months ago
12 brilliant YA books by black authors to add to your to-be-read pile
2 months ago
10 books with LGBTQ+ themes to add to your reading list this Pride month
2 months ago
6 books about race and racism worth reading to become a better ally
2 months ago
Naoise Dolan's Exciting Times to be adapted as TV series
Next Page