The start of a new year can, for many, bring lots of changes: new jobs, new homes, new relationships, new travels.

And, naturally, new health, fitness and wellness goals - new year, new you, anyone?

Dr. Rangan Chatterjee, who has been a practicing doctor for nearly 20 years, spoke to Her about turning new behaviours into habits, xxxxxx, and Feel Better in 5.

END_OF_DOCUMENT_TOKEN_TO_BE_REPLACED

"I'm always learning from patients, and I'm alway seeing what works and doesn't work," he said, as he discussed the inspiration behind his latest book, Feel Better In 5. "Because there's a lot of great advice out there [in the media, in books, etc.]. But people know what to do, they're just struggling to do it. I'm fascinated by why that is."

Feel Better in 5 is an easy-to-follow (and to maintain) daily five-minute plan, which includes tips like a strength workout that you can do anywhere; gut-boosting snacks you can eat on the go; and breathing exercises to calm the mind.

Drawing on his real life experience, as well as case studies, Dr. Chatterjee's new book will help anyone who is hoping to make a change to their life - or to simply make that New Year's resolution stick.

"My experience has taught me that the only way you get people to turn a new behaviour into a long term habit is to start small," he said. "At this time of year, the biggest mistake people make is they overcommit; they make their goals and their plans too big." 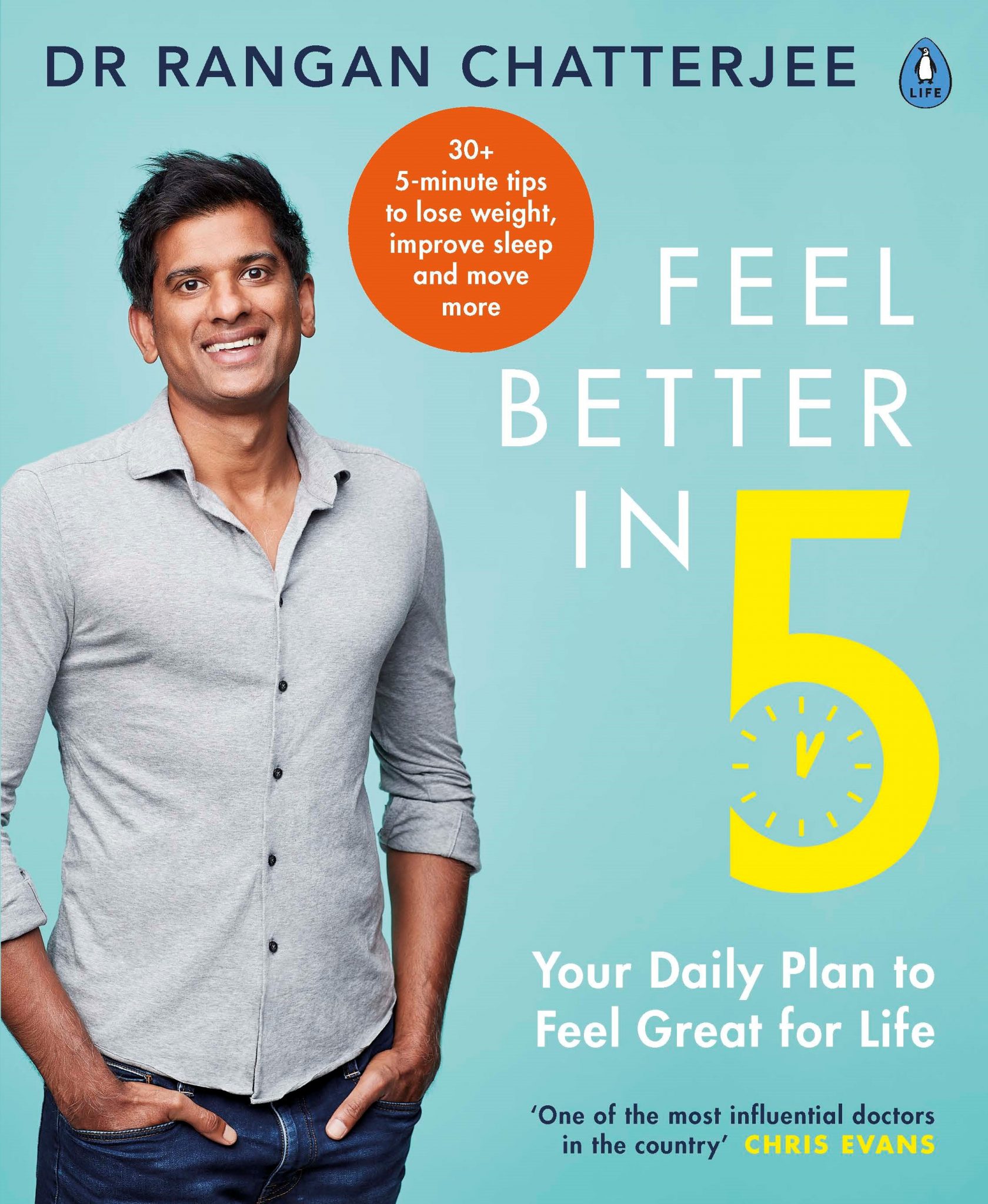 "I think there's a few things that make my book different from other hep books that are out there at the moment," he continued. "Here's the reality: you could pick up any health book off the shelf at your local bookstore and if you follow what's in it, you'll probably improve the way you feel.

"All of them are well meaning, all of them work - if you follow them. But the question for me is are these plans still working in February, in March, in April."

END_OF_DOCUMENT_TOKEN_TO_BE_REPLACED

He explained that while a lot of these plans would "overly rely on willpower and motivation". This can end up causing problems as, eventually, both of them would run out.

"If your resolution was that 'I'm going to do a spinning class three times a week', for example," he said. "For the first few weeks in January, even if the gym is 20 minutes away and it's at an inconvenient time, you'll probably do it because your motivation is sky-high. But when your motivation returns to its normal level, you'll stop doing it because it's too hard to do."

He explained that for Feel Better In 5, he summarised his 20 years of experience and the best science and behavioural research, and simplified it down to six tips to help people make behavioural changes stick.

"The first one is to make it easy," he continued. "The second one is, 56 per cent of what we do in any given day is habit. So, the best way to turn a new behaviour into a long-term habit is to stick it on to an existing habit. Then, you don't have to think about it - you won't have to find time in your day. 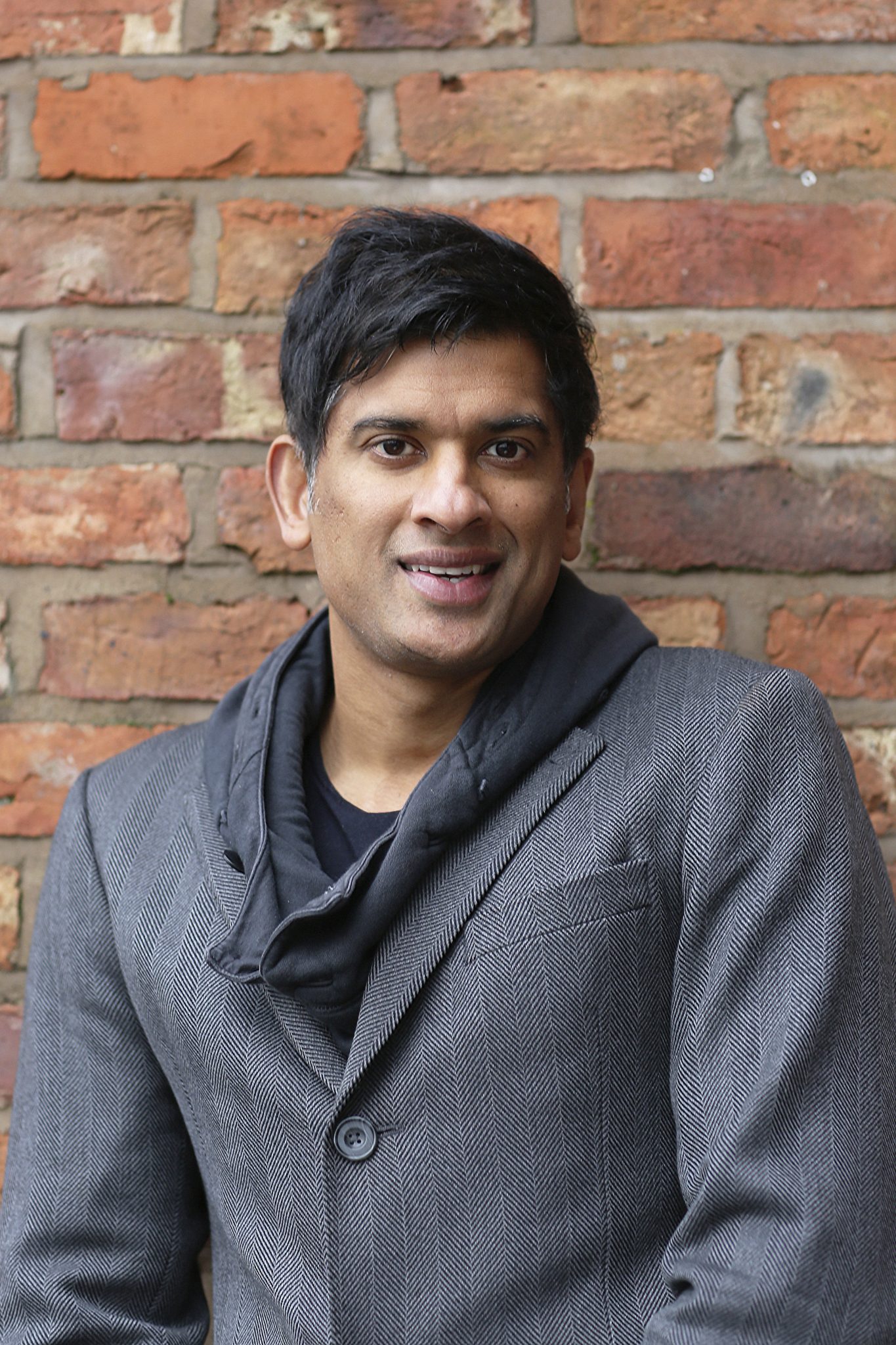 Feel Better in 5 is divided into three different categories: Mind, Body and Heart. And Dr. Chatterjee told Her how he had initially"struggled" while coming up with the structure for the book.

"I don't believe that we can make significant changes to our health by just focusing on one area," he said. "For example, in January, a lot of people will be trying to cut out sugar or booze - and I get that. They'll do it, too, for a little while.

"But the problem is that for most of us, that sugar and booze is how we relieve stress in our lives. If we don't deal with the stress, we never change the long-term behaviour - because that behaviour is disturbing us in some way. I always think you have to tackle multiple areas of health."

Emphasising the importance of keeping things simple when trying to make changes, he told us how he began to wonder how he could also cover topics like holistic health and mental health with five minute interventions.

"That's when I settled on Mind, Body and Heart," he added. "21st century living is bombarding our minds with to-do lists, social media channels, emails - it's never ending, we never have any off time.

The final section of the book is Heart, which Dr. Chatterjee admitted was "probably the most important section" - although maybe not for the reason you would think.

"I felt I couldn't really tackle health in its entirety without dealing what I call heart health," he continued, emphasising that it wasn't the kind of heart health he was taught about in medical school. "What about the other kind of heart, the kind that writers, poets and artists have been waxing lyrical about for years? That's about connection; connection to our friends, our family, to the world around us - that's what makes us human."