Emilie Pine: "It can be enormously cathartic to put your story on the page"

"Writing is very powerful, but privacy is also important."

As I wait to meet Emilie Pine, I feel a little bit nervous.

The past few years have seen the Irish writer attract critical acclaim for her collection of deeply personal essays Notes to Self, and her debut novel Ruth & Pen is causing a similar ripple in the literary scene. But as well as being a best-selling author, Emilie works as a Professor of Modern Drama at the University College Dublin. In fact, I was a student of hers. In the weekend before I'm due to meet her, I re-read Ruth & Pen, preparing what I hope are thoughtful talking points. There's a sense of déjà vu about it, bringing me back to my tutorial days. Oh, how the tables haven't turned, I think.

Ruth & Pen follows its titular protagonists throughout the course of 24 hours on an autumn day in Dublin. Ruth is a 43-year-old therapist, who spends the day reflecting on her marriage to Aidan, and their experience of IVF, and the losses they've endured on the way. Pen, meanwhile, is an autistic teenager, skipping school to attend a strike for climate justice with her crush, Alice. 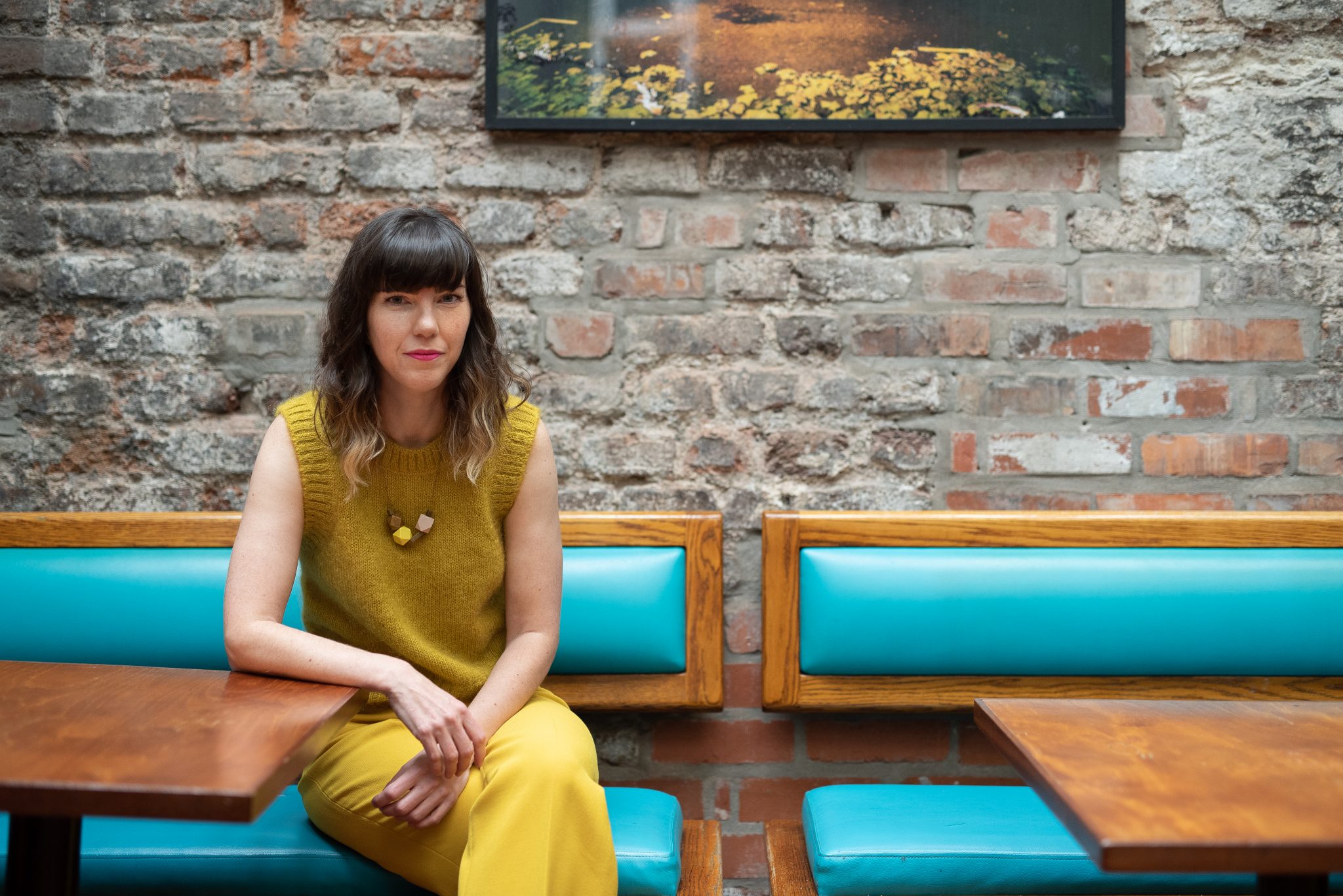 Emilie began the novel while working as a writer in residence at the National Maternity Hospital. If you've read Notes to Self, you'll know that this a place of great personal significance for Emilie. It's also an institute Ruth attends for an appointment in the book.

The experience of writing there, Emilie says, was "both great and terrible."

As she visited the institute on daily basis, however, Emilie's sense of the building began to change.

"I met a lot of people who worked there, and I was meeting people who had babies in the NICU, or who had come out with very strong experiences from the hospital. So it was just kind of extraordinary. But it was also too big, and it's just hard to know what to do with that. There's a proximity to incredible material, but also distance, and I guess that's essential to writing." 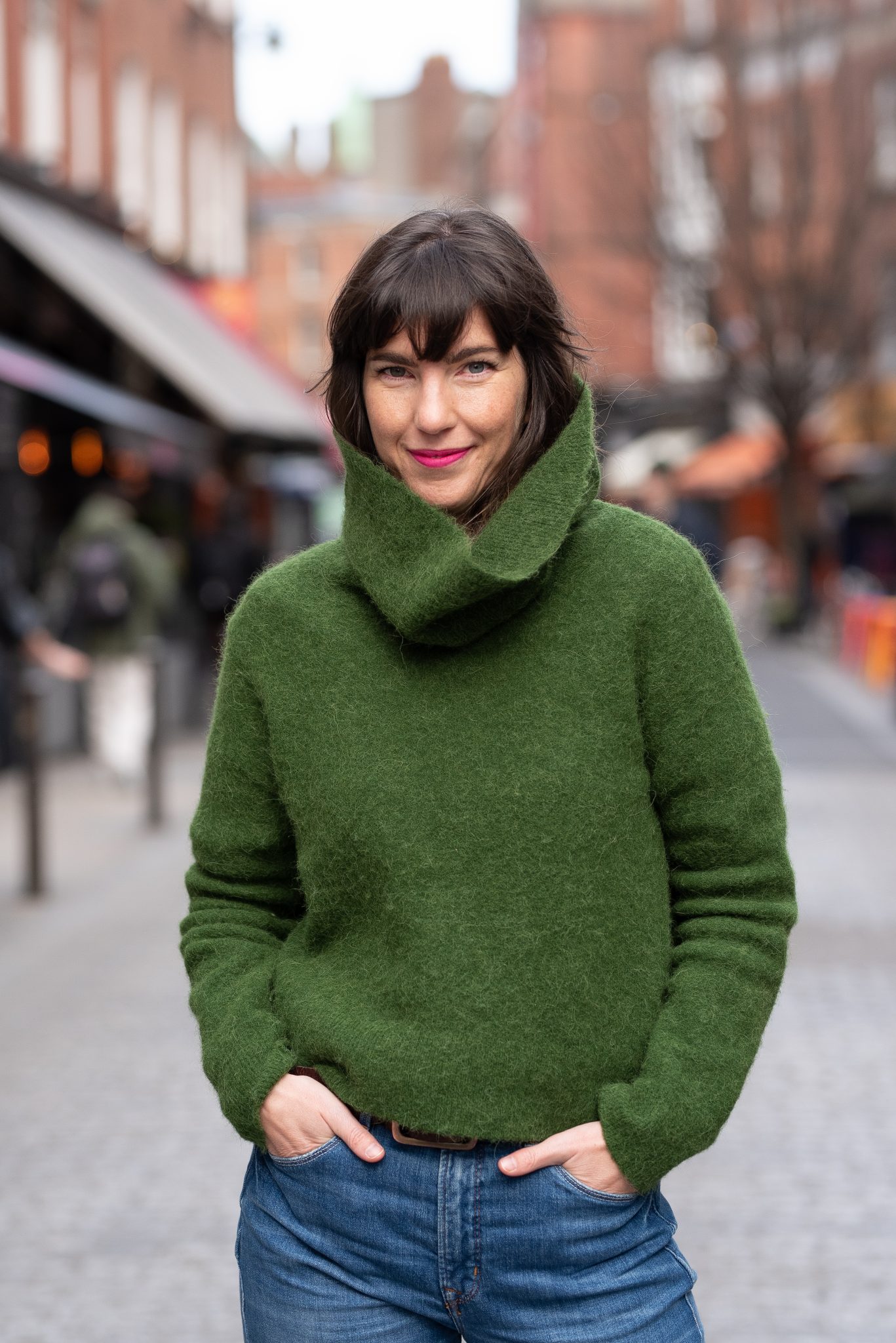 Emilie didn't enter into the experience with the intent of resolving her connection to the hospital, but she came out of it with a different perspective.

"I have a different attitude towards that building and towards the people that work there," she explains. "It includes my experience but also other people's experiences."

Ruth's story, naturally, resonates with readers, but the same can be said for Pen's.

"My godson is autistic, so I think that's where the idea of writing about autistic characters started. Then I talked to somebody who works with autistic children and I realised if I actually wanted to do this properly, I needed to talk to people who were autistic themselves as opposed to parents and care-givers.

"I had a draft of the novel and it was read by Jody O'Neill and Eleanor Walsh, who are not just autistic, but also theatre-makers. So all mistakes and problems with the novel are mine, but they were great in terms of reading Pen. At one point, Eleanor said 'This chapter is way off, it feels like a neurotypical person describing an autistic person,' and I was like 'I have to go back and change that,' so they were great in terms of being a sounding board." 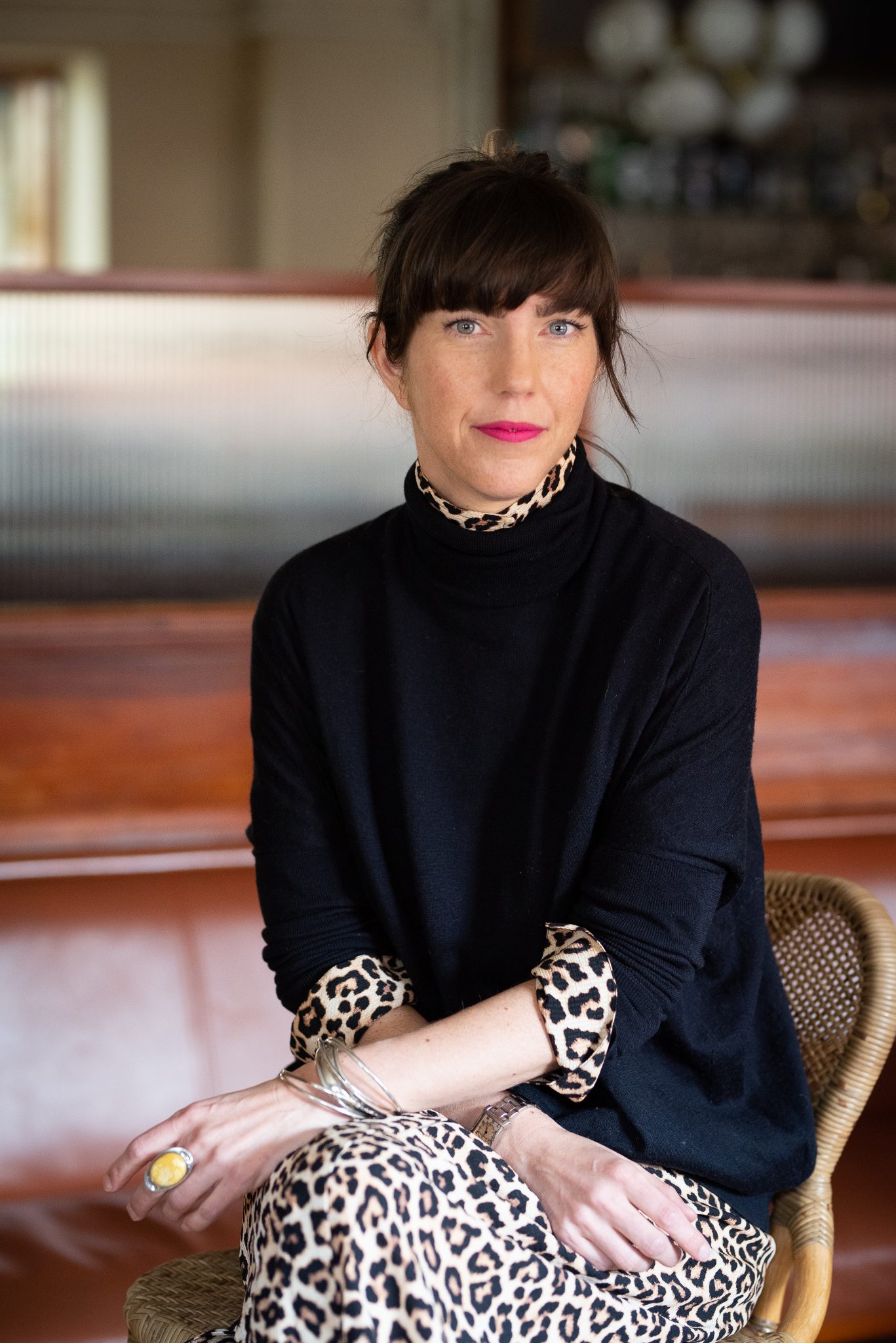 For Emilie, it was important to craft the character of Pen with care.

"As anyone who knows anything about autism, or who is autistic says, if you've met one autistic person, you've met one autistic person. We're all still individuals. But I was concerned with Pen because girls are diagnosed much later, because girls are socialised to mask. For Pen, the diagnosis of autism is enormously freeing, as I know it is for lots of people."

It's an experience Emilie relates to herself. As a girl, a GP diagnosed her with 'Clumsy Child Syndrome', and it wasn't until adulthood that she learned that what she actually had was dyspraxia.

"Sometimes people ask me why I wrote a neurodiverse character, and my response is, well, why wouldn't I?" she says. "There's just so much diversity. In the same way that Ruth is childless and has gone through IVF. I've never gone through IVF, but I understand the childless part of it. People ask me about Pen, but I did loads of research for Ruth. In the same way that someone may not have had that experience – they might have 10 children, whatever it is – but hopefully they can relate to that sense of humanity."

Now that Ruth & Pen is out in the world, Emilie recalls the positive responses she's received from readers, or 'Pine-nuts', as they call themselves. 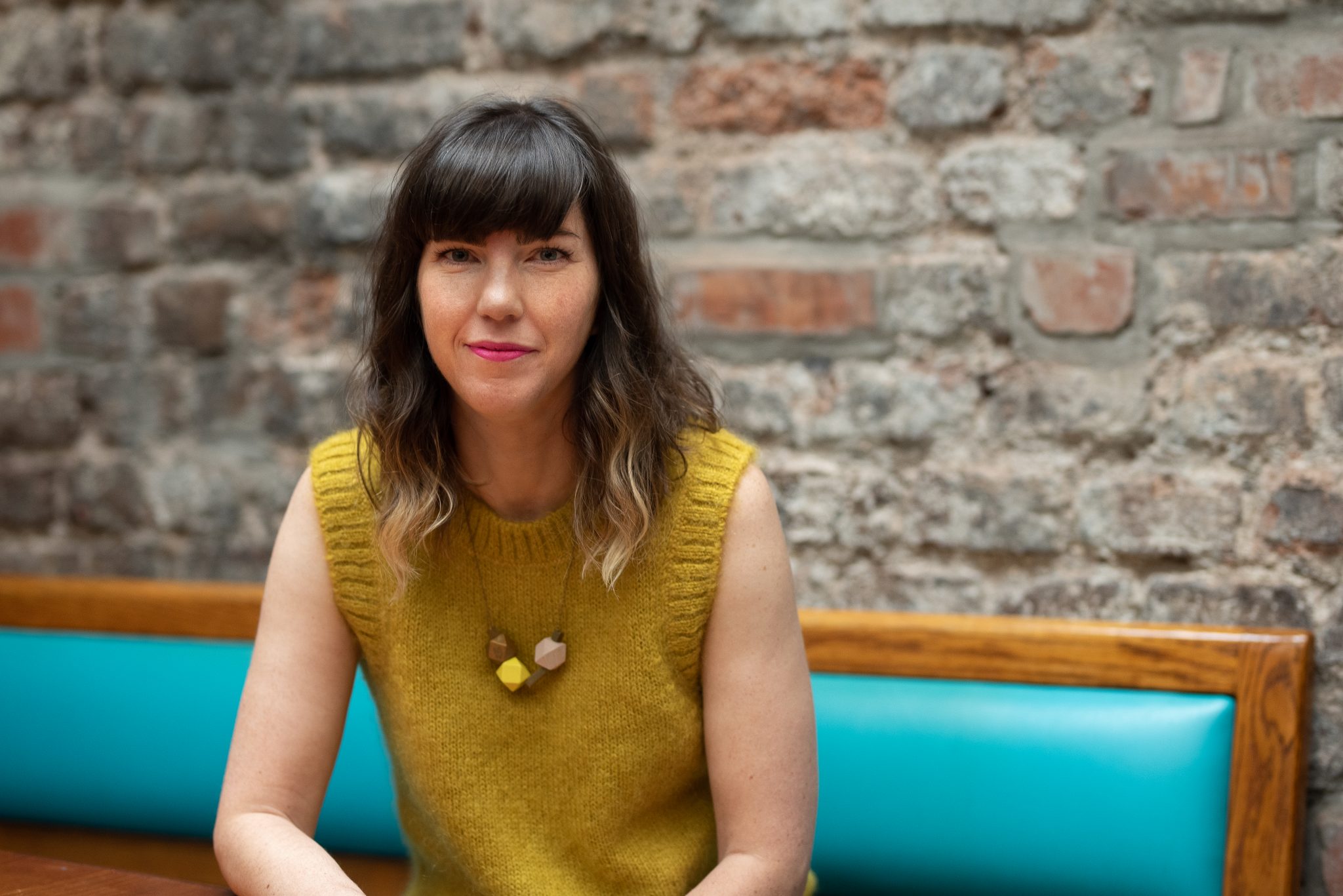 "One of the great things about being an academic is that my email address is really easy to find," Emilie says. "So I get emails from people I would never otherwise meet. I got an email today from someone who said she is an autistic woman, and as someone who had only been diagnosed as an adult, she said it was so unusual for her to see a fictional representation. That's got to be the best review ever.

"It was something that I was concerned about portraying, and I felt responsibility of, and meeting people who have read the novel is kind of amazing."

There's a difference, Emilie observes, in how readers chat to her about Notes to Self compared to Ruth & Pen.

Something she has learned since, is that with a memoir, there are two versions of the work.

"There's the book I wrote, which is a very personal experience, and then there is the book that exists out in the world for other people, and you have to let it go. It becomes someone else's experience as well, and that's a really great thing. It's really enriching, the idea that it's more than just one text." 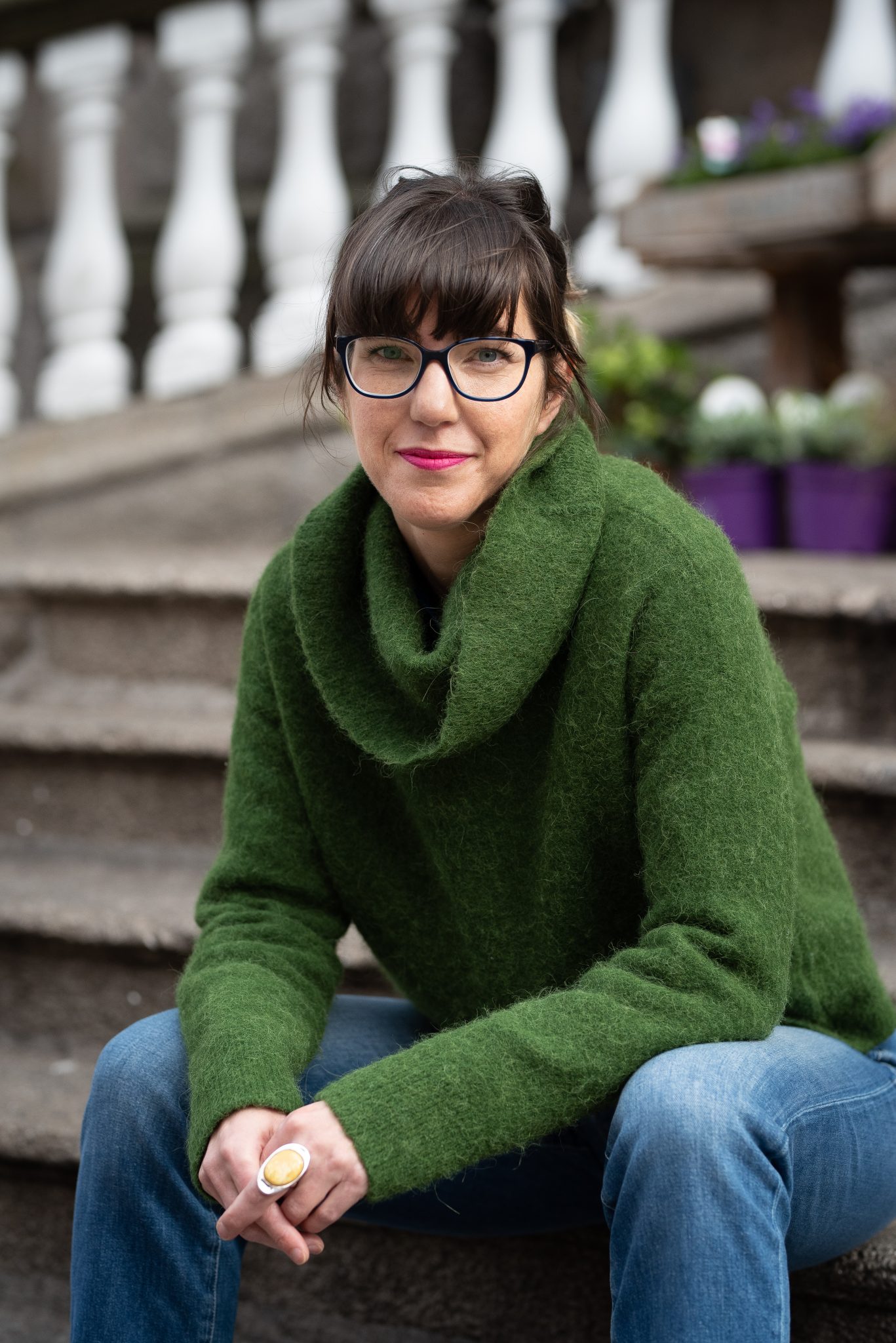 This concept is something Emilie wishes to impart onto aspiring non-fiction writers.

"Make sure you're protecting yourself," she advises. "It can be enormously cathartic to put your story on the page, but you just want to write your first draft unfettered before you show it to anyone else. Make sure you're happy to share all the things that are on that page, because writing it is very powerful, but privacy is also important. I don't regret a single word of it, but some of the things people ask me after publishing Notes to Self about sexual violence and family are so intrusive.

"I'm in my 40s so I'm well able to deal with it, but there will be people who might be closer to those experiences and have written about them, and then find themselves having to expose themselves and relive it."

As for aspiring fiction writers, beyond just doing it, Emilie suggests giving yourself permission to be "not very good" when you start.

"We often hold ourselves to such high standards and that sense of expectation can just be crushing to what we want to do with our lives," she says. 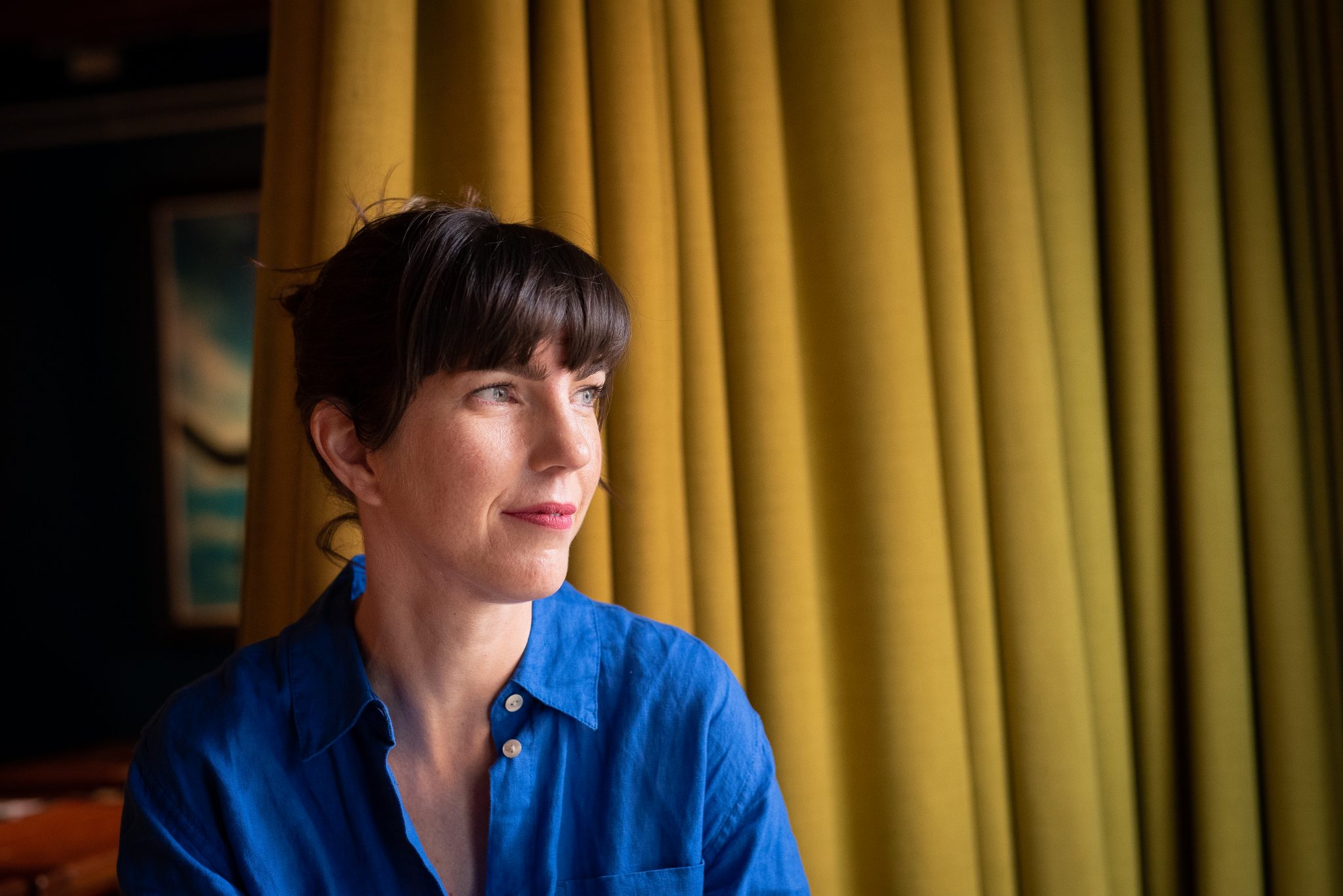 She also recommends applying whatever tools you use to navigate the world to your writing, and, for Emilie, that's planning.

"Sometimes creativity and planning are seen as opposites, but they're not. I had written the entire structure, before I had written a word. Now, I didn't know what would happen, emotionally speaking, or if Ruth and Aidan would break up before the end of the novel, I genuinely didn't know that. But it's set across 24 hours, so I knew the structure. I knew where they would go and when they would go there. And that made it much less intimidating."

Emilie pauses at this stage, to apologise for offering such lengthy advice on writing.

"I just really care about these things," she says. "It's because I'm a teacher."