Everything you need to know about The Hunger Games prequel, The Ballad of Songbirds and Snakes

May the odds be ever in your favour to get a copy - we reckon these are going to fly.

There are just a couple of days to go until Suzanne Collins’ The Ballad of Songbirds and Snakes hits (digital) shelves.

The novel is the first Panem-set book that the author has published since 2010’s Mockingjay - and will officially arrive on May 19.

Ahead of it release, Here’s everything you need to know about The Hunger Games prequel. 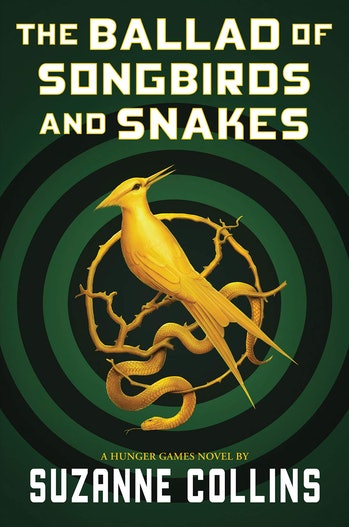 The book was first announced in June last year, and - as revealed in an extract published by Entertainment Weekly - will focus on Coriolanus Snow. Only not quite the version of Snow that fans of The Hunger Games have come to know.

In the original trilogy, Snow is the president off Panem and oversees the annual Hunger Games (and manipulates the Tributes and their loved ones).

The Ballad of Songbirds and Snakes is set 64 years earlier, during Panem’s Dark Days. Beginning on the morning of the repeating of the 10th hunger Games, the book tells the story of a teenage Snow, who finds himself mentoring one of the Tributes of District 12. 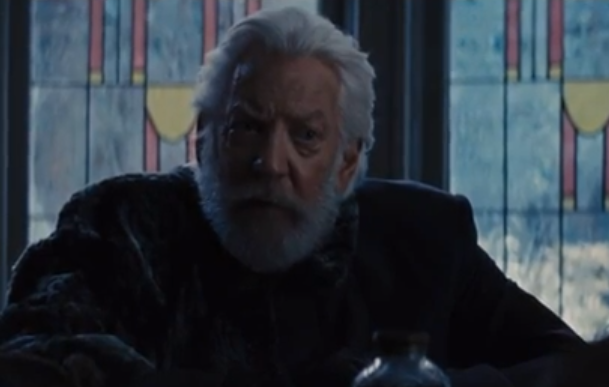 It is the morning of the reaping that will kick off the tenth annual Hunger Games. In the Capitol, eighteen-year-old Coriolanus Snow is preparing for his one shot at glory as a mentor in the Games. The once-mighty house of Snow has fallen on hard times, its fate hanging on the slender chance that Coriolanus will be able to outcharm, outwit, and outmaneuver his fellow students to mentor the winning tribute.

The odds are against him. He's been given the humiliating assignment of mentoring the female tribute from District 12, the lowest of the low. Their fates are now completely intertwined — every choice Coriolanus makes could lead to favour or failure, triumph or ruin. Inside the arena, it will be a fight to the death. Outside the arena, Coriolanus starts to feel for his doomed tribute... and must weigh his need to follow the rules against his desire to survive no matter what it takes. 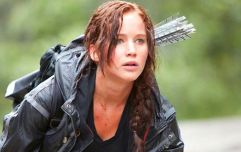 END_OF_DOCUMENT_TOKEN_TO_BE_REPLACED

Collins previously said she wanted “wanted to explore the state of nature, who we are, and what we perceive is required for our survival” with the new novel.

“The reconstruction period ten years after the war, commonly referred to as the Dark Days—as the country of Panem struggles back to its feet—provides fertile ground for characters to grapple with these questions and thereby define their views of humanity,” she continued.

And in good news for fans of the series, it looks like The Ballad of Songbirds and Snakes will follow in The Hunger Games’  footsteps in heading to the big screen.

Lionsgate revealed last month that The Hunger Games’ universe “is expanding” as they confirmed a film was in the works, with Francis Lawrence set to return as director.

popular
This no bake 'Chocolate Refrigerator Cake' recipe has us drooling
According to experts lunchboxes could be a big transmitter of Covid-19
Gwen Stefani reportedly pregnant with baby number four
The Queen has banned Meghan Markle from wearing any of Princess Diana's jewellery
Two women survive 15 hours in the water in Galway Bay
Someone has ranked the penis size of men from all over the world
All of the Love Island couples that are still together (and those that aren't)
You may also like
3 months ago
"The Hunger Games universe is expanding": The prequel movie is officially in the works
1 year ago
There's a new Hunger Games book (and possible movie) on the way
4 years ago
WATCH: The Latest Trailer For ‘The Hunger Games: Mockingjay – Part 2’ Is Here… And It’s Amazing
4 years ago
Jennifer Lawrence Admits Something Disgusting
4 years ago
Jennifer Lawrence Debuts A Bold New Hair Colour
4 years ago
WATCH: There's A New Trailer For 'The Hunger Games: Mockingjay Part 2'... And It's Pretty Powerful
Next Page