"That was an amazing thing to happen because it just gave me so much confidence..."

Author Helen Cullen has opened up about having “the most amazing writing experience” of her life writing her second novel, The Truth Must Dazzle Gradually.

The author’s second novel, The Truth Must Dazzle Gradually, hits shelves today [August 20]. She recently spoke to Her about the inspiration behind the book, what it’s like to have a book come out during the pandemic and how she had “the most amazing writing experience” of her life while writing the novel.

END_OF_DOCUMENT_TOKEN_TO_BE_REPLACED

“I have to say, [the] opening chapter was probably the most amazing writing experience of my life so far in the sense that, when I sat there to write the second novel, I didn’t really know what the experience was going to be like. I’d only ever written the first book [The Lost Letters of William Woolf] up to that point; and that had been such a disjointed, disconnected, like fragmentary experience where I had written pieces over such a long period of time,” she explained.

“I didn't know what was gonna happen when I tried to write a second novel. And then when I sat down to just sort of begin feeling out what this novel was going to be, I wrote that whole first chapter in one writing session. It felt just so incredible to me, because I knew the whole vibe of my book — all the characters were present, I knew where it was, and I knew what the tone of voice of what the whole novel was going to be.

“I think in terms of me having kind of like, a really positive writerly experience, that was an amazing thing to happen because it just gave me so much confidence that I could keep going, and I knew what I was dealing with. And it definitely hasn't happened that way with the third book, so retrospectively, I appreciate that even more now.” 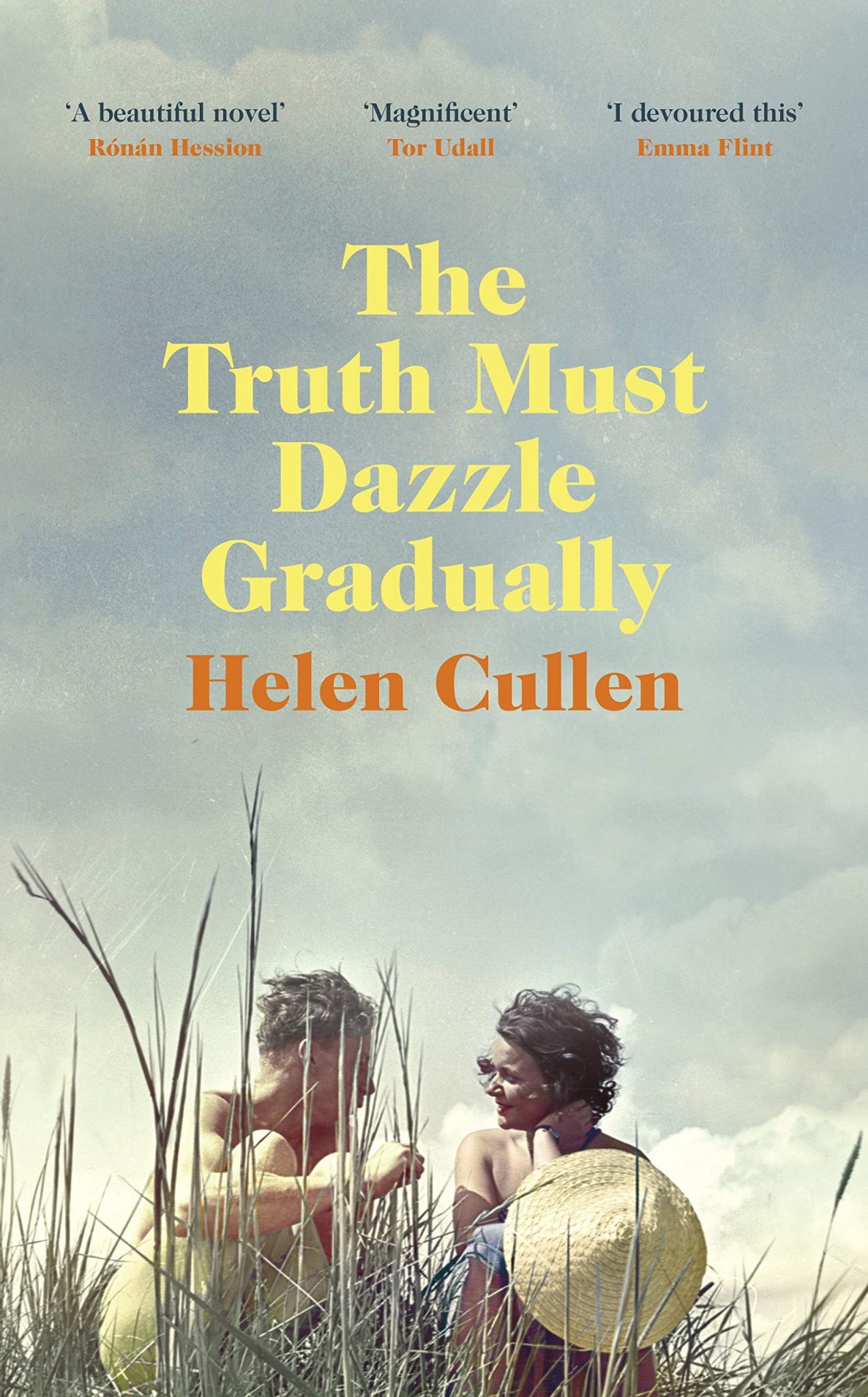 END_OF_DOCUMENT_TOKEN_TO_BE_REPLACED

The Truth Must Dazzle Gradually was meant to be released in May this year — however, the book’s release was moved due to the coronavirus pandemic.

Helen told us that the release of the book feels like it was a “long time coming” as she opened up about her feelings on having it come out now.

“I suppose in the scheme of things, with everything that's going on in the world, having your book postponed is a small sacrifice really, so I've tried to be sanguine about it. But of course, it is more difficult than it would be usually to have a book coming out now. And I think a lot of authors have felt the impact on the ability to promote their books and to do all the things we love to do around the time of publication, like visiting all the bookshops that have been so supportive and doing events to go meet readers. I think everyone really keenly feels the absence of those things,” she said.

“But at the same time, everyone’s been proactive and positive about alternative ways to get the book [out there and raise its] profile and make platforms work in ways we hadn’t considered before. I think at the end of this, we will take away some really great learnings about other ways we can approach things in publishing; I think there’ll be some really great things that will come in that way."

END_OF_DOCUMENT_TOKEN_TO_BE_REPLACED

The book follows the Moone family, who live on an island off the west coast of Ireland, as they are shattered by tragedy early one morning. Potter Murtagh Moone is a devoted husband to Maeve, an actor who is struggling with her most challenging role yet — a mother to their four children.

After tragedy strikes, Murtagh holds his children close as they — and the reader — learn the story of the family before that night. Starting with the day that Maeve and Murtagh met outside Trinity College in Dublin, it’s an exploration of how one love story can give way to another — and the Moone children start to learn who their parents really are, as they move towards a future that nobody in the family could have ever predicted. Except for Maeve. 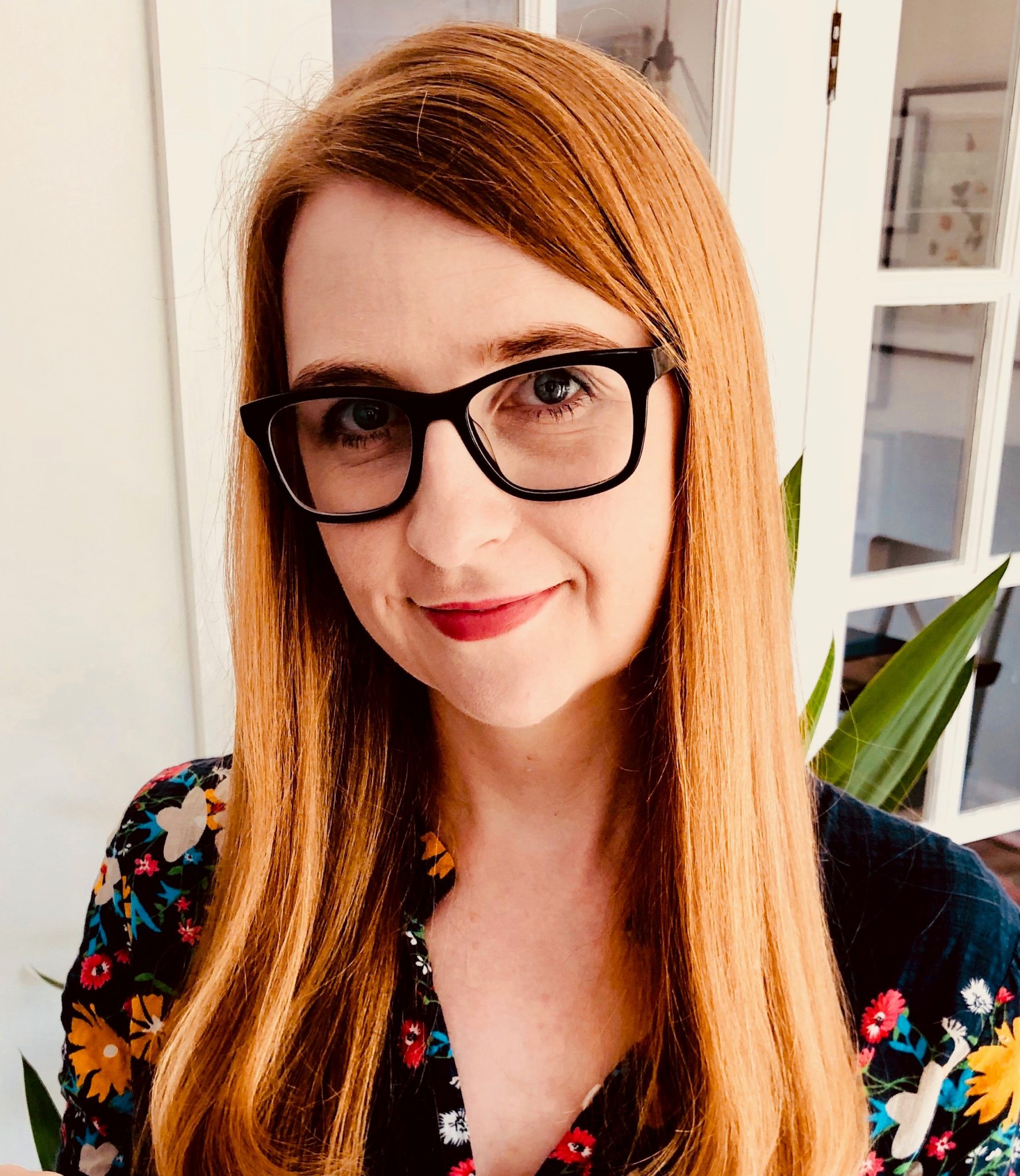 “I don’t ever really have the whole plot [for my books] worked out before I start [writing]. I tend to just have a big picture idea; two sentences of what the novel is maybe about and the setting. I usually have a few images in my mind that I know are going to appear somewhere in the novel, and I always know what the book’s closing image is going to be,” Helen told us, as she opened up about the inspiration behind The Truth Must Dazzle Gradually.

“The very fist thought that I had about this book was around the idea of this generation of stoic Irish fathers that I’m very familiar with — these sort of silent Irish fathers who were so committed to their families, and who sacrifice so much for them but +who maybe weren’t well versed in articulating their emotional interior lines, and [so they] remain mysterious, as much as we love and adore them,” she recalled.

“I started thinking about what kind of shockwaves would happen in a family if one of these amazing stoic Irish dads were to sit all of their children down late in life, when they were all adults, and reveal something about their interior world that changed the [children’s] view of who they are as a person, independent of being their other. And, you know, it all kind of clicked with me really quickly that I could see Murtagh, the  father in the book, on an island off the west coast of Ireland, calling the children home to reveal something to them. And that's where the book began.”

However, she added, she didn’t know what exactly Murtagh was going to reveal to the children at that point. But as soon as she started working on the first chapter of the book, “it all came to life”.

“The other thing that really inspired the book was that I’d been reading a lot about the Japanese art of Kintsugi. And that’s where they repair broken pots and ceramics with gold and silver filaments, so the objects are more beautiful after the breakage than they were before. They call it the art of precious scars,” Helen continued.

“I meditated a lot on this idea that sometimes, it’s those cracks that let the light in; how even though when we suffer in life, it’s extremely painful and some traumas are really difficult to bear, afterwards people can evolve [into] an even more beautiful version of themselves and we shouldn’t feel like we have to hide our scars or our histories, because they’ve made us who we are now.”

The launch event for The Truth Must Dazzle Gradually is being hosted by Solid State Books tonight at 7pm IST. Helen will be in conversation with poet Maggie Smith, with Nada Surf’s Matthew Caws set to perform. You can register here.

The Truth Must Dazzle Gradually by Helen Cullen, published by Michael Joseph, is available now.

popular
Actor and Wife To Divorce After 23 Years of Marriage
People are being warned not to dress as Jeffrey Dahmer for Halloween
Anna Delvey is set to be released from prison
Why Are Men so Obsessed With Boobs? The Answer is Pretty Surprising...
Primark reintroduces female-only fitting rooms after two men walk in on woman
Davide Sanclimenti opens up on having kids with Ekin-Su Cülcüloğlu as he turns down Dancing On Ice
So apparently George and Mollie from Love Island aren't actually step siblings
You may also like
2 days ago
Graham Norton has a new answer for the worst guest he's ever had on his show
3 months ago
Love Island star Yewande Biala opens up about mental health on the show in new book
6 months ago
WATCH: The trailer for Where the Crawdads Sing is here
7 months ago
WATCH: The trailer for Conversations with Friends is finally here
8 months ago
The first photos from Conversations with Friends are here - and it looks incredible
9 months ago
Vogue Williams is writing a children's book
Next Page