"I think I'd been afraid of taking that final step of actually saying right, I really am going to write a novel now," Hilary Fannin told us, as she discussed her debut The Weight Of Love.

The award-winning writer's debut novel The Weight of Love hit shelves earlier this month - and is a heartbreakingly beautiful portrayal of love in all its forms.

She recently spoke to Her about what made her want to become a writer, what it was like to go  back to college only a few years ago and the inspiration behind the book. .

"I was a big reader as a child, and I probably should have recognised the signs earlier than I did," she said, as she opened up about what made her want to become a writer. "I struggled in school a lot. Academically, I was very weak - or I was told I was very weak in school. But I could do two things: I could draw, and I could write essays - but I was very, very bad at everything else.

"And then, it's a very, very, very long story, but I left school when I was quite young, and I nded up doing lots and lots of different jobs for a long, long time. And finally, I got into acting. I was an actor for years. I started a theatre company and then I ended up working with a lot of new writers in the Abbey and the Peacock.

"I was an I was an actor right up into my mid 30s. And then I was pregnant and unemployed, and didn't see where the next job was coming from. I'd gone back to waitressing and stuff. And so, I wrote a play. I finally kind of took the plunge and wrote a play."

She continued to write plays and radio plays, before eventually doing some summer cover for the Irish Times' TV reviewer - which led to a weekly column in the publication. 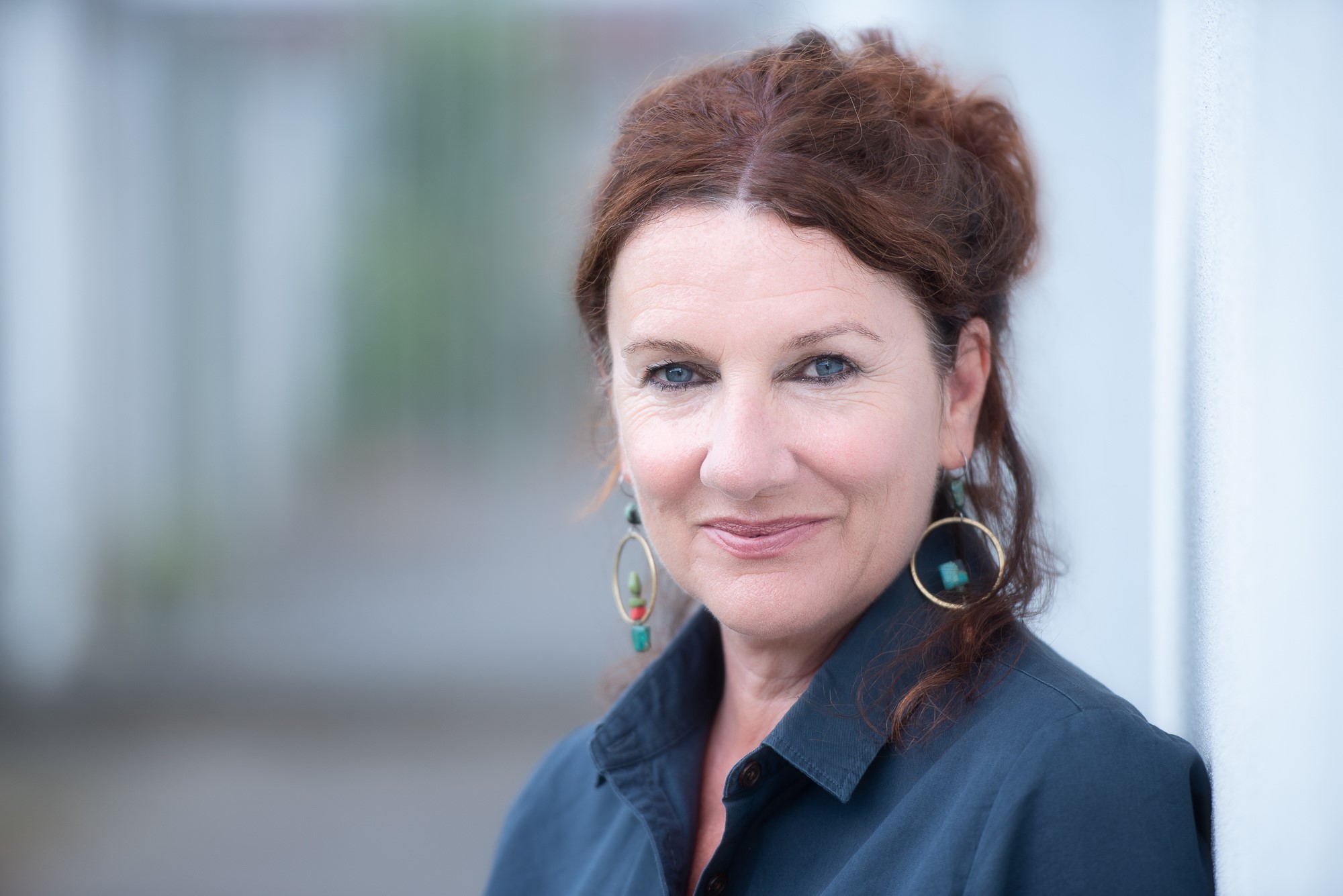 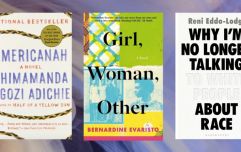 END_OF_DOCUMENT_TOKEN_TO_BE_REPLACED

And then, a couple of years ago, she made the decision to go back to college - which, in turn, led her onto the path for The Weight of Love.

"A couple of years ago, I realised that having left school very young and never  having the experience of going to college was difficult for me," she explained.

"So, I applied for and went and did an M.Phil in creative writing at Trinity. I went in to do [the course] with bits of a novel written. I knew how to write plays, and I had been writing journalism, but the sense of wanting to write a novel was always there.

"I brought in bits, or islands, and I had a fantastic teacher, Deirdre Madden. She just made a lot of sense to me. She helped me think about structure, when I had that time. It was an incredibly joyous time for me to go; having never been in the university, to have access to the library and that time and space. Even though I was in my mid-50s, it felt so rejuvenating and extraordinary to have that time."

After finishing the course around 18 months ago, she finished The Weight Of Love, having "cobbled together" the information she learned in Trinity and from her years of other writing.

"I think I'd been afraid of taking that final step of actually saying right, I really am going to write a novel now. I just think, I don't know, that I didn't feel I was up for the task in some way."

The Weight of Love - which hit shelves earlier this month - tells the story of Robin and Ruth, who meet in the staff room of an East London school in 1996. Robin, desperate for a real connection, instantly falls in love. But Ruth, recently bereaved and fragile, is a little more tentative. 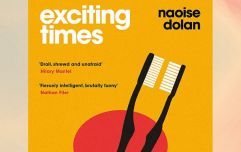 END_OF_DOCUMENT_TOKEN_TO_BE_REPLACED

However, when Robin introduces Ruth to his childhood friend Joseph, there's an instant attraction - and he watches, powerless, as the two of them begin a passionate and turbulent affair.

A little more than 20 years later, Robin and Ruth are now married - and they have a son, Sid, who is about to emigrate. However, the ghost of Joseph still haunts their relationship - and as the distance between them grows, Robin makes a choice that could have potentially devastating consequences.

"People make assumptions that when you get older, you change - and you do change, you know, it's undeniable that experience changes you. But something fundamental remains the same, we are at heart the same kind of people, you know," Fannin told Her, as she discussed her inspiration for the book. 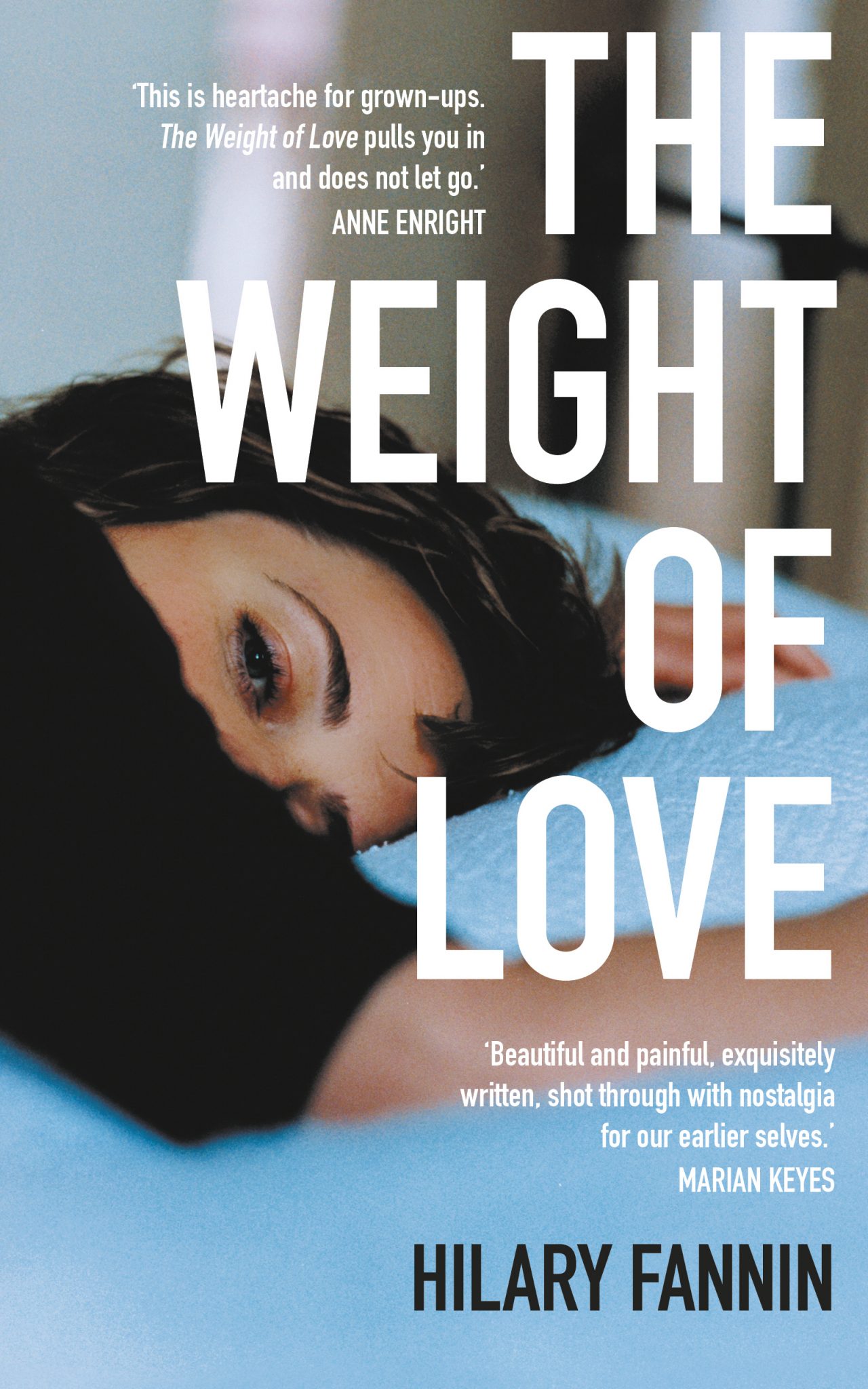 The Weight of Love

"And I'm really interested in in that; a sense of possibility, and romance and recapturing moments - you don't settle into some kind of bland, emotional stillness as you age. I'm coming into my 60s, and my memory is really sharp and clear. My feelings are still very clear about love and loss. And I'm interested in that we can all carry fantasies of the past of a life that might have been; I'm interested in exploring that.

She also opened about the real-life experiences that she drew on while she was working on the novel.

"What I did draw on was that I understand that there are certain points in life where you're more likely to reassess or to take the measure of where you're at. And so, an adult child leaving home, that's a point where you will maybe look around and say, right, where am I? Oh, my goodness, you know, that 20 years, passed really fast - or even loss," the author explained.

"I think that, what was a personal thing for me, was there's loss in the book. I had spent a number of years looking after my mother who was really ill. And she died in August 2017, and I began the M.PHil in September 2017. I had been about to ask them to defer because I thought Mary was too ill for me to leave, but then she passed away.

"So I think I carried that sensation of loss and very profound loss like that, it's difficult to describe, but it kind of sharpens your vision of the world. I think anybody who has experienced loss knows that it's like there's a lifting away of the mundane and the ordinary, and the world comes into focus; very clearly, sharply into focus.

"And I had that sensation very strongly when I was writing the book. [All of the characters have experienced profound loss], and so all of them have that- kind of little bit like their skin has been removed. You know, they're very sensitive to the world. And so the book focuses on that point of change in their lives cuts across, because bereavement and grief can really heighten your feelings."

popular
After days of silence, Scott and Sofia finally comment on the break up rumours
Gwen Stefani reportedly pregnant with baby number four
Here's what happens on every day of your menstrual cycle (roughly)
Remember Christian From Clueless? This Is What He Looks Like Now
Someone has ranked the penis size of men from all over the world
A Tyrone midwife was chosen to feature on the cover of Vogue
The entire Twilight Saga is coming to Netflix this month, and we're so ready
You may also like
2 weeks ago
These Violent Delights is the book you need to read in 2020
3 weeks ago
17 brilliant books to keep an eye out for this summer
3 weeks ago
Dolly Alderton’s new novel Ghosts has gone straight the top of our ‘to read’ list
3 weeks ago
13 new books to read with your virtual book club in May
4 weeks ago
Daniel Radcliffe has kicked off a celebrity reading of Harry Potter and we're going back to Hogwarts
4 weeks ago
Stephanie Meyer to publish new Twilight book, Midnight Sun
Next Page