'I'm always interested in how women and men experience the world differently': Jane Casey on her new thriller The Cutting Place

"I'm always interested in how women and men experience the world differently, and the things that men take for granted that women have to consider," Jane Casey told Her, as she opened up about her latest novel The Cutting Place

The Cutting Place - the ninth novel in her hit Maeve Kerrigan series - focuses on the investigation into the murder of a young journalist, Paige Hargreaves, who was working on a story about the gentlemen's club the Chiron Club, a private society for the richest and most privileged men in London.

And then Paige disappears.

END_OF_DOCUMENT_TOKEN_TO_BE_REPLACED

As Maeve tries to uncover what happened to Paige, it soon becomes clear that the members are trying to keep their secrets buried - but she's hiding secrets from her own, even from her partner DI Derwent.

The author spoke to Her about the inspiration behind The Cutting Place, Maeve's emotional journey thoughout the novel and what's next between her and Derwent.

"I consume a huge amount of news, I'm a news junkie. There was a couple of news stories that stayed with me in recent years, one was about a Swedish freelance journalist who was interviewing a man who had a submarine," Casey said, as she discussed the inspiration behind the novel.

"There was something about the story. It was horrible that she was murdered and that he took advantage of her being in his power completely. [What triggered the inspiration] for me was the fact that the media landscape has changed so much; she had said to her boyfriend [where she would be], as she was working without any kind of support from a newspaper or magazine.

END_OF_DOCUMENT_TOKEN_TO_BE_REPLACED

"In the old days, they would know where you were; your editor would know who you were with, whereas she has to go and get the story first, and then sell it. So, for me, I just thought, these are professions that have been open to men and women. And actually, because we've taken away that kind of stability, now women are having to make choices about their safety in order to do their job. And that I really just wanted to write about that, that was like the first thing I was thinking.

"I'm always interested in how women and men experience the world differently, and the things that men take for granted that women have to consider. And I know that some men get really agitated about this and think it's not it's exaggerated, but actually there are so many little restrictions that keep us wary - and justifiably so. I really wanted to write about that unnoticed consequence that the fact that the way that the media works has changed, and the way that journalists' work has been forced to change." 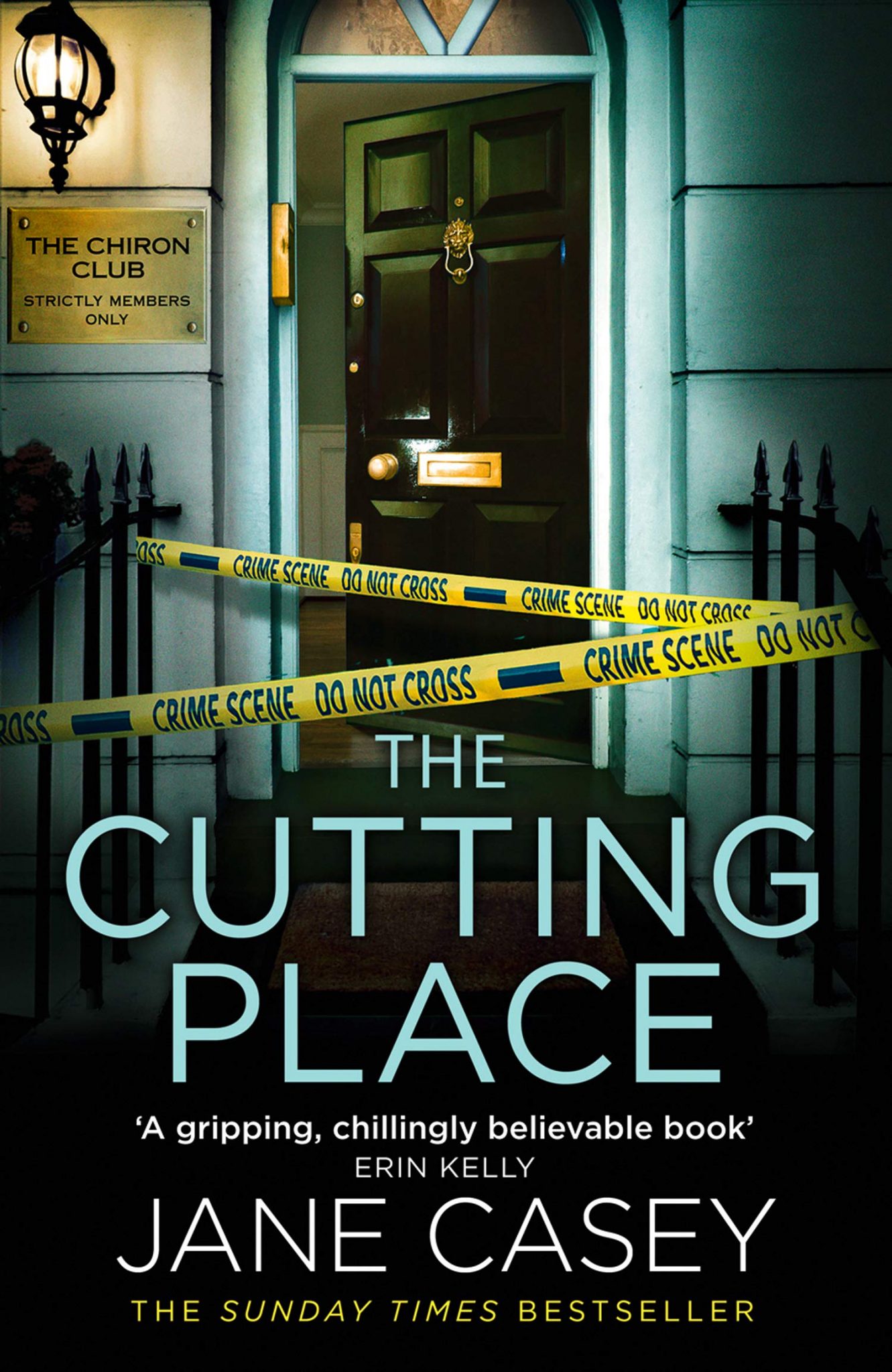 While DI Derwent and DS Kerrigan are investigating what happened to Paige, Maeve's personal life is at the centre of another gut-wrenching storyline - one which will, undoubtedly, have impact on her in the future novels.

END_OF_DOCUMENT_TOKEN_TO_BE_REPLACED

And while Casey said that the chapters in which the storyline comes to a head left her "really stressed out", she admitted that it was the kind of plotline she felt "really had to happen."

"I always wanted to kind of explore that storyline for her, because I think she's not always the best at knowing what she wants and what she needs. And so I think it really is in character for her to kind of set her own feelings aside and go along with someone else - but only in the personal sphere of her life," she said.

"I think it is just, it was something that I felt really had to happen and that she would learn a lot from. And you know, because she is able to resolve it's very satisfying, I think its' ultimately a positive story - but it is a tough one."

The dynamic between Maeve and Derwent continues to change throughout the novel, leading some readers to suspect that the colleagues-turned-friends' relationship may be in for another big - and more romantic - change.

"I think their relationship is changing all the time incrementally, little changes - how they trust each other, how they speak about one another, how Maeve thinks about him has changed a little bit. Some readers have picked up on that, and it's all completely deliberate," Casey told us.

"I have a few ideas about how things are going to go for them, and I don't think it's how people are expecting that things will develop. But to me, it seems at the moment, like the right way to go for them - but I always look a few books ahead, so I'm kind of thinking about what will happen in three or four books time and trying to figure out how that may happen, or not happen.

"I'm open to things changing, is what I would say - I'm not forcing them in any particular direction. But there are things that happen, that I know are going to happen are going to change things a little bit more, just maybe not in the way that people think."

After the release of The Cutting Place, the next book in the Maeve Kerrigan series (not including the novellas) is going to be the 10th - and while she hasn't started work on the book at the moment, it is "definitely something that I have in mind."

"The next book that's coming up for me as a standalone, so I haven't started working on the 10th Maeve novel yet, but it's definitely something that I have in mind," she explained. "I think we might try and do something interesting for the 10th one, but it will be [a little wait]."

There won't be another Maeve Kerrigan novel for a little while - 2022, according to Casey - although there will be more novellas on the way. The next one, which will be released in August, and is told from another character in the series' perspective. 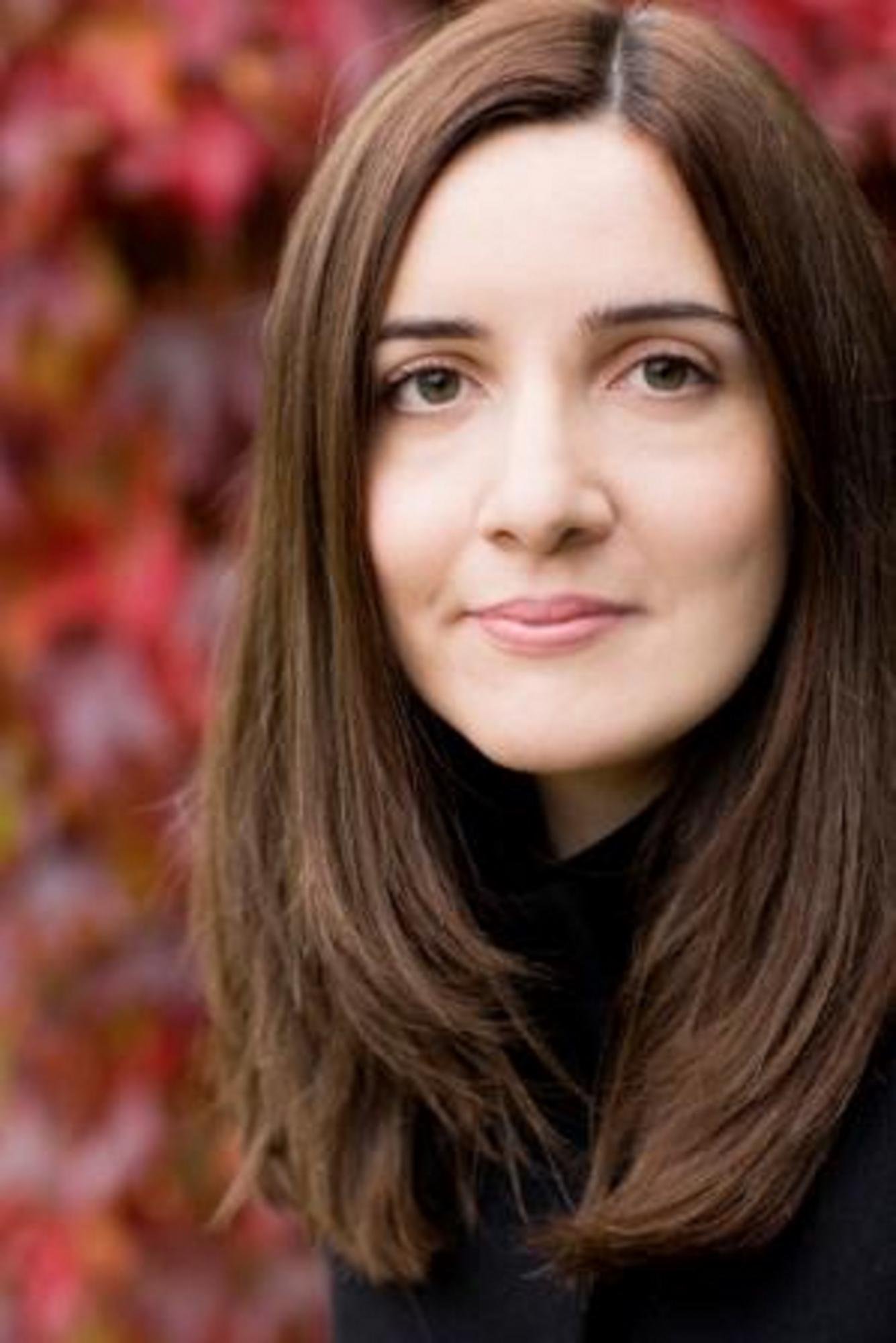 "I'm going to be doing a couple of novellas, because there won't be a Maeve book next year, there will be some shorter Maeve fiction coming out so people will get their fix, basically - and I will too, because I love writing about them. The thing with the novellas is, I really love doing them because you can really play around," she told us. "The next one that's coming is in August, and it is actually not from Maeve's perspective. It's from a different characters perspective, who's in the in the series. What I set out to do what change people's opinions of this character, and I hope it will do that.

"But I'm really conscious of the fact that not everyone will read those [novellas]. What happens is that a lot of people will read the series, but they won't read the extras. So they are were I have fun, basically, I would say. But I try not to put anything in there that will be, like, cataclysmic and affect the whole thing - I keep that for the books themselves."

And while fans may be waiting a little while to find out what happens next for Maeve, Derwent et al, there is some good news: Casey is currently working on a standalone novel and it sounds just as addictive as the Kerrigan series.

"It's about a young female barrister, she's based in London - she prosecutes and defends, which is what they do here. And it begins with her realising that someone is trying to kill her," the author began. "And so she approaches an ex client of hers, who is one of the most dangerous people she's ever met, to help her work out what's going on and who is trying to kill her. Basically, she has to decide if she can trust him, because he seems to be the only person who can help her."

popular
Woman spots dead husband in promo video for Indian restaurant
Redhead girl stabbed with scissors at school 'because of colour of her hair'
"I feel like I lost myself": Nathalie Lennon on her mental health struggles and her latest project with Pieta
Molly-Mae Hague fans think they officially know her baby's name – and it means cloud
Anne Hathaway shares disappointing news about The Princess Diaries 3
Where to watch 2023's ten Best Picture Oscar nominees
Gwen Stefani reportedly pregnant with baby number four
You may also like
3 months ago
Graham Norton has a new answer for the worst guest he's ever had on his show
7 months ago
Love Island star Yewande Biala opens up about mental health on the show in new book
10 months ago
WATCH: The trailer for Where the Crawdads Sing is here
11 months ago
WATCH: The trailer for Conversations with Friends is finally here
11 months ago
The first photos from Conversations with Friends are here - and it looks incredible
1 year ago
Vogue Williams is writing a children's book
Next Page