If you're a true crime fan then look no further.

There's no spoilers in this editorial for the pure reason that I'm imploring you to go out (support your local bookshop if you can) and buy this book. It's no secret that we're fans of Louise O'Neill's work around here. As an author, her previous novels have not only been best sellers and award-winning pieces of literature but they've sparked conversation across Ireland and beyond on matters such as consent and body image.

These matters need to be talked about in order to effect change, and the powerhouse that is Louise O'Neill is spearheading that through her work. Film and TV rights have already been optioned for her  previous novels Asking For It and Only Ever Yours, and we're certain After The Silence will follow suit.

END_OF_DOCUMENT_TOKEN_TO_BE_REPLACED

In a slight departure for O'Neill, the West Cork native has delivered a thriller which brings you behind the scenes of a true crime documentary in the process of being made. True crime documentaries are not a new subject matter, but what fascinated me about this book from the off was that I felt I had access to the full story. I was being granted a glimpse into the lives of every aspect of this one event, from the filmmakers, to the wife of the accused, to the locals, unprecedented access is exactly what every true crime fan wants and it's guaranteed to hold your attention.

Throw in some rugged Irish coastline and an island full of curious locals, as Louise did, and it's pretty much perfection.

To give you an insight into what's on offer, Louise sets this story on the island of Inisrún. This small community have been living with a secret for the last decade; an unsolved murder of a young woman, Nessa Crowley. The murder has brought years of turmoil and suspicion into the the lives of Keelin and Henry Kinsella. The fact is, the young woman was murdered at a party, that party was held by the Kinsella's, and a raging storm on the night of the crime meant that nobody could get on or off the island. Despite these facts, in the ten years since, nobody has been charged with the murder.

Are you gripped yet? Because it only gets better. 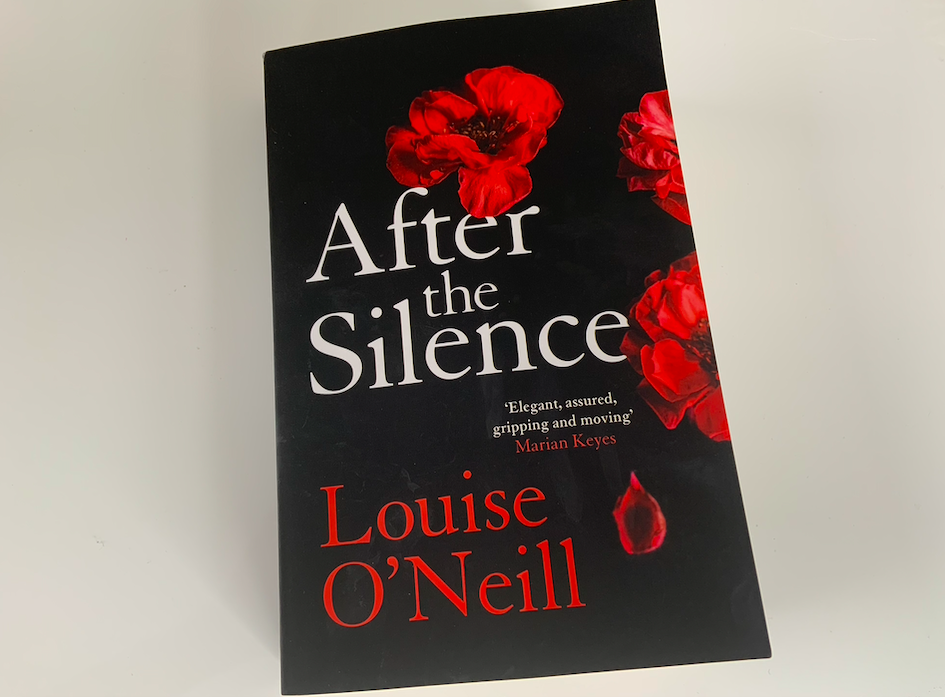 END_OF_DOCUMENT_TOKEN_TO_BE_REPLACED

Ten years later with the arrival of an Australian documentary crew, old suspicions resurface and the questions of what happened to Nessa Crowley on that fateful night are dragged to the forefront of the locals minds once again.

There's an unsolved mystery at the heart of this book which, of course, will keep you gripped throughout. But the descriptive nature of Louise's writing and the nuanced study of relationships will leave you thinking about these characters long after you've finished the final pages.

What I personally loved about this book was that you can feel Louise's own knowledge of West Cork and the surrounding islands bouncing off the pages as you read it.

It truly brings the story to life:

Back on Cléire today. One summer’s day, when my sister and I were children, my parents decided to take us here for a day trip. When we returned to the pier later that evening, we discovered we had missed the last ferry home. We were stranded on the island for the night. I remember feeling panicked (I was a very dramatic child!) and having this sudden realisation of what it meant to be surrounded by water at every turn. For years afterwards, whenever a storm raged across Ireland, I would think of the people on the offshore islands and wonder about them. What if you went into labour early? Or if your partner had a heart attack? How long would you have to wait for help to arrive? When I was trying to decide where to set my new book, After the Silence, that childhood memory of being trapped on Cape Clear kept coming back to me. I could almost see the lines appearing on the page before me - “No one could get off the island. But no one could get on, either. It was someone here who did this, someone on Inisrún.” And with that, After the Silence was born. Coming September 3rd. ? @newschambers #AfterTheSilence #CapeClear #WestCork #IrelandTravel @quercusbooks @riverrun_books

Back in February, when announcing the book Louise said;  "I know you’re not allowed to pick a favourite of your novels but... this is it," she added. "This is my favourite. I’m so proud of this book and I hope you’ll like it too."

I wouldn't want to pick a favourite of Louise's books either, but have no fear, we certainly liked it!

After The Silence by Louise O'Neill is published by Quercus and is available to buy now online and in bookshops.

popular
Wagatha Christie: Rebekah Vardy storms out of court just 30 minutes into final day
Everything we know so far about Kourtney and Travis's Italian wedding
Only a matter of time before monkeypox spreads to Ireland, says expert
Claire Byrne Live viewers in shock as woman shares family DNA secret
Sainsbury's evacuated after several people fall ill with breathing problems
Helen McCrory's children give heartbreaking tributes at her memorial service
Irish artist Sean Atmos and H&M are bringing fashion and art together in Dublin
You may also like
2 months ago
I tried the Body Shop's new Sleep range for a week - here's what happened
3 months ago
I tested CBD oil for better sleep this past month – and here is how I got on
4 months ago
Review: And Just Like That... episode 7 sees Carrie back writing
4 months ago
Well, that first episode of Euphoria season 2 was something, wasn't it?
4 months ago
Review: And Just Like That... episode six took an unexpected turn
5 months ago
Review: And Just Like That... episode one left us wanting more
Next Page