Pippa O'Connor on the biggest thing she has learned from motherhood

Pippa O'Connor has shared the biggest thing that motherhood has taught her.

The businesswoman spoke to Her to mark the launch of her new book, The Pippa Guide: Live Your Best Life - which she describes as more "personal" than her first book.

On why she decided to give fans more of an insight into her life, she said:

"They're the things people would always ask me about privately. People would ask if I had any advice about setting up a business from home, or about getting back into the workforce - or even just general positivity.

"I wanted it to be a bit of everything, but I also wanted to make it more personal to me this time around. I suppose the first one was a little more generalised, this one was a bit more of me."

END_OF_DOCUMENT_TOKEN_TO_BE_REPLACED

And one of the most candid parts of the book is when the 35-year-old opens up about her own experiences with motherhood.

Pippa and her husband, Brian Ormond, have two sons together: Ollie and Louis. She is also stepmum to Brian's daughter, Chloe.

Reflecting on the biggest thing that motherhood has taught her, she said:

"The biggest thing I have learned since becoming a mum...I have more patience than I ever realised. And [mums] are seriously good multi-takers.

"And that feeling of unconditional love. I never experienced that, not before I had kids.

"You have one and you think, 'oh my god, I'll never love another child like that!' And then you have another one, and of course you do.

"It's just the best thing ever." 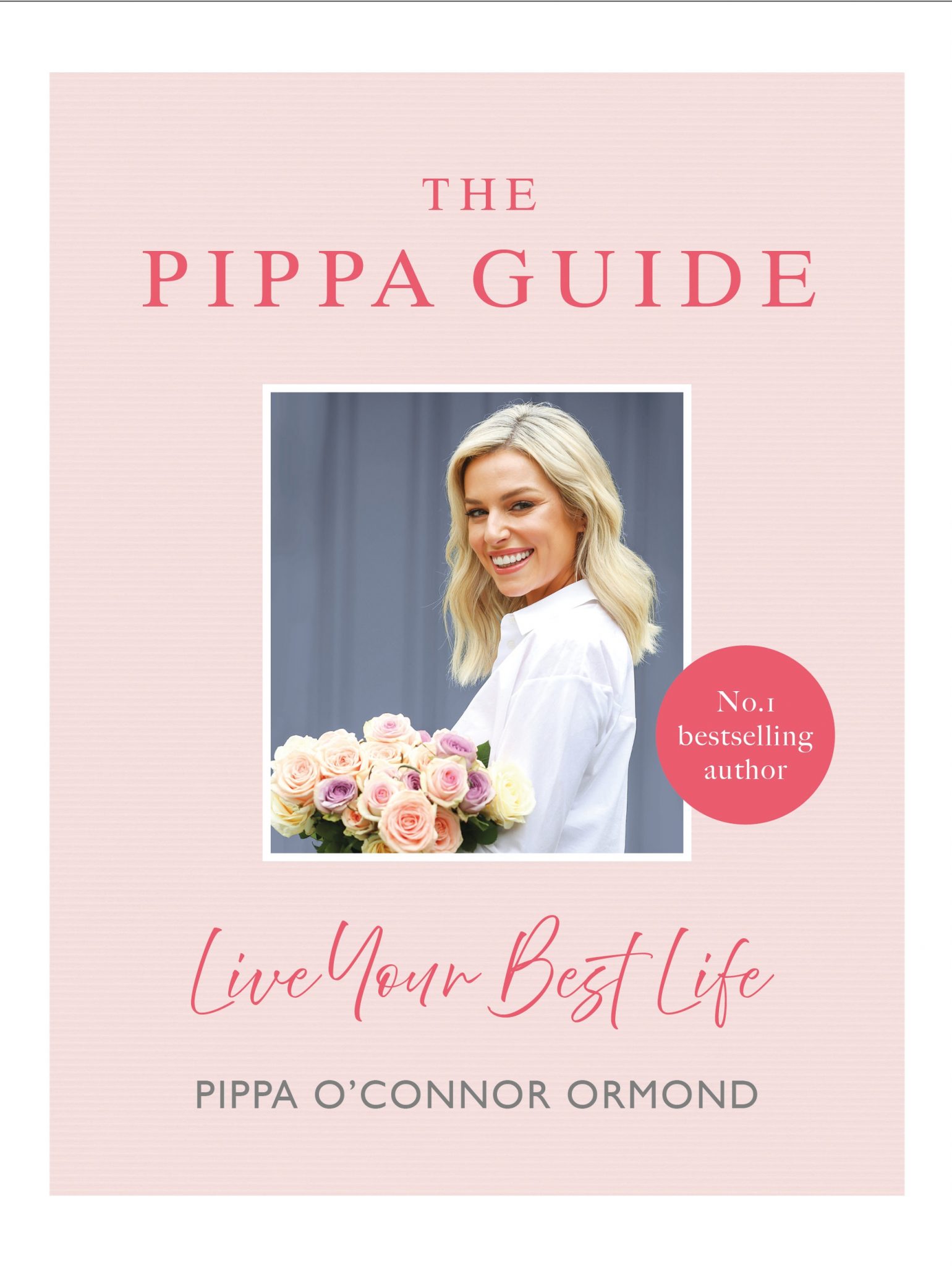 END_OF_DOCUMENT_TOKEN_TO_BE_REPLACED

Pippa also told Her all about her own social media habits: everything from how she really feels about the word 'influencer' to how she manages to switch off.

She said that she feels people have become "kind of used to" the term now, and are more accepting of it, continuing:

"It's the time that we live in.

"They've always been there, there's just a word on it now.

The author also shared her favourite people to follow on social media, from individuals to podcasts.

"I love a lot of people for a lot of different reasons.

"I'm really big into positivity, I love Oprah; I love Tony Robbins; I love Jay Shetty. I love listening to podcasts; to anyone that has built something.

"There's an amazing podcast called The Second Life, it's all about women who have changed paths - they're not their own bosses, effectively."

Pippa admitted that while she finds it tricky to switch off fully sometimes, she has been "getting better at leaving it alone".

"I do sometimes, yeah. I suppose because I have a couple of businesses on the go, and I've got a lot of Instagram pages - my personal one, my business ones.

"I do [find it hard to switch off], because I always have my eye on absolutely everything. But I think that's the way it goes.

"I do try and turn it off sometimes; or if we go away, I'm getting better at leaving it alone. I've got such an amazing team now, that I feel like if I want to zone out or put the phone away, I can.

"But I always want to pick it up, because I'm so involved - I want to see everything."

The Pippa Guide by Pippa O’Connor Ormond is published by Penguin Ireland and is out now.

popular
Traditional names such as Mary, Maureen, John and Michael may soon be extinct
Kylie Jenner fans are convinced she just announced her son's name
The 2 Johnnies share unbelievable catfish ordeal as woman 'targets 40 people'
Pink just announced she was pregnant in gorgeous image
Kevin Spacey charged with four counts of sexual assault against three men
Why Are Men so Obsessed With Boobs? The Answer is Pretty Surprising...
This is how much Kourtney and Travis' wedding cost
You may also like
3 months ago
WATCH: The trailer for Conversations with Friends is finally here
3 months ago
The first photos from Conversations with Friends are here - and it looks incredible
5 months ago
Vogue Williams is writing a children's book
5 months ago
A TV adaption of One Day is coming to Netflix
7 months ago
Evanna Lynch opens up about her eating disorder in new memoir
8 months ago
Netflix to adapt Matilda and Charlie and the Chocolate Factory in huge Roald Dahl deal
Next Page