On an island off the windswept Irish coast, guests gather for the wedding of the year.

The marriage of Jules Keegan and Will Slater; it's an invitation to die for - and a weekend that the guests will never forget. As the festivities of the weekend go on, happy families are torn apart by hidden jealousies; old friends find past grudges coming to light again.

The wedding cake has barely been cut when one of the guests is found dead. And as a storm unleashes its fury on the island, everyone is trapped. 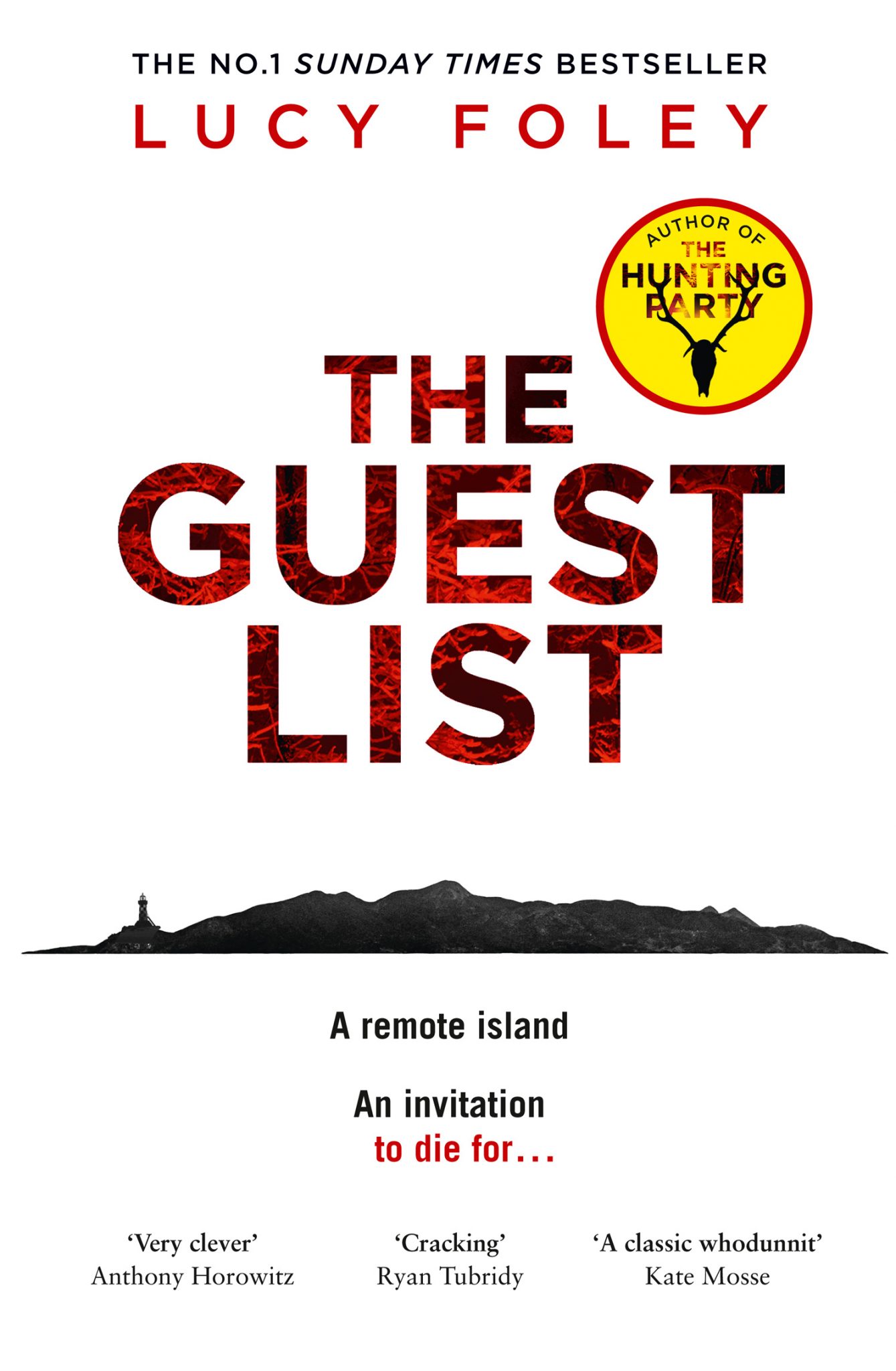 Read an extract from Lucy Foley's gripping new thriller The Guest List below.

The lights go out.

In an instant, everything is in darkness. The band stop their playing. Inside the marquee the wedding guests squeal and clutch at one another. The light  from  the  candles on the tables only adds to the confusion, sends shadows racing up the canvas walls. It’s impossible to see where anyone is or hear what anyone is saying: above the guests’ voices the wind rises in a frenzy.

END_OF_DOCUMENT_TOKEN_TO_BE_REPLACED

Outside a storm is raging. It shrieks around them, it batters the marquee. At each assault the whole structure seems to flex and shudder with a loud groaning of metal; the guests cower in alarm. The doors have come free from their ties and flap at the entrance. The flames of the paraffin torches that illuminate the doorway snicker.

It feels personal, this storm. It feels as though it has saved all its fury for them.

This isn’t the first time the electrics have shorted. But last time the lights snapped back on again within minutes. The guests returned to their dancing, their drinking, their pill-popping, their screwing, their eating, their laughing . . . and forgot it ever happened.

How long has it been now? In the dark it’s difficult to tell. A few minutes? Fifteen? Twenty?

They’re beginning to feel afraid. This darkness feels somehow ominous, intent. As though anything could be happening beneath its cover.

Finally, the bulbs flicker back on. Whoops and cheers from the guests. They’re embarrassed now about how the lights find them: crouched as though ready to fend off an attack. They laugh it off. They almost manage to convince themselves that they weren’t frightened.

The scene illuminated in the marquee’s three adjoining tents should be one of celebration, but it looks more likeone of devastation. In the main dining section, clots of wine spatter the laminate floor, a crimson stain spreads across white linen. Bottles of champagne cluster on every surface, testament to an evening of toasts and celebrations. A forlorn pair of silver sandals peeks from beneath a tablecloth.

The Irish band begin to play again in the dance tent – a rousing ditty to restore the spirit of celebration. Many of the guests hurry in that direction, eager for some light relief. If you were to look closely at where they step you might    see the marks where one barefoot guest has trodden in broken glass and left bloody footprints across the laminate, drying to a rusty stain. No one notices.

Other guests drift and gather in the corners of the main tent, nebulous as leftover cigarette smoke. Loath to stay, but also loath to step outside the sanctuary of the marquee while the storm still rages. And no one can leave the island. Not yet. The boats can’t come until  the wind dies down. In the centre of everything stands the huge cake. It has appeared whole and perfect before them for most of the day, its train of sugar foliage glittering beneath the lights. But only minutes before the lights went out the guests gathered around to watch its ceremonial disembowelling.

Now the deep red sponge gapes from within.

Then from outside comes a new sound. You might almost mistake it for the wind. But it rises in pitch  and volume until it is unmistakable.

The guests freeze. They stare at one another. They are suddenly afraid again. More so than they were when the lights went out. They all know what they are hearing. It is a scream of terror.

popular
Will Smith admits to 'failing miserably' in 21-year marriage to Jada Pinkett Smith
QUIZ: Can you guess the TV series from the intro lyrics?
Here's what happens on every day of your menstrual cycle (roughly)
People are freaking out thinking that their star signs have changed
Katie Price's son Harvey taken to intensive care at risk of organ failure
Someone has ranked the penis size of men from all over the world
Glee Star Naya Rivera Faces Backlash After Making ‘Race’ Joke
You may also like
4 weeks ago
12 brilliant YA books by black authors to add to your to-be-read pile
1 month ago
10 books with LGBTQ+ themes to add to your reading list this Pride month
1 month ago
6 books about race and racism worth reading to become a better ally
1 month ago
Naoise Dolan's Exciting Times to be adapted as TV series
1 month ago
These Violent Delights is the book you need to read in 2020
2 months ago
17 brilliant books to keep an eye out for this summer
Next Page