The family of esteemed children's author Road Dahl have publicly apologised for his anti-semitism in a statement.

Dahl died in 1990 but his novels are still widely regarded as some of the best English literature aimed at children. Novels such as Charlie and the Chocolate Factory and Fantastic Mr Fox have been adapted into blockbuster films by highly acclaimed directors Tim Burton and Wes Anderson. 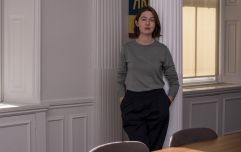 END_OF_DOCUMENT_TOKEN_TO_BE_REPLACED

But while he has earned great success in the world of literature, he also made numerous, unapologetic anti-semitic remarks throughout his life.

In an interview with the New Statesman in 1983, he said: “There is a trait in the Jewish character that does provoke animosity, maybe it’s a kind of lack of generosity towards non-Jews. I mean, there’s always a reason why anti-anything crops up anywhere.”

He added: “Even a stinker like Hitler didn’t just pick on them for no reason.”

"I’m certainly anti-Israeli, and I’ve become antisemitic in as much as that you get a Jewish person in another country like England strongly supporting Zionism. I think they should see both sides," he said.

"It’s the same old thing: we all know about Jews and the rest of it. There aren’t any non-Jewish publishers anywhere, they control the media – jolly clever thing to do – that’s why the president of the United States has to sell all this stuff to Israel.”

The grumbling apology that his family published is buried deep on his website, is not mentioned in his official bio on the site, and was not sent to any Jewish organisations. 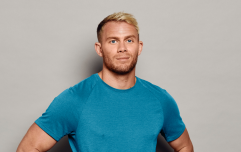 END_OF_DOCUMENT_TOKEN_TO_BE_REPLACED

"The Dahl family and the Roald Dahl Story Company deeply apologise for the lasting and understandable hurt caused by some of Roald Dahl’s statements," the statement reads.

"Those prejudiced remarks are incomprehensible to us and stand in marked contrast to the man we knew and to the values at the heart of Roald Dahl's stories, which have positively impacted young people for generations. We hope that, just as he did at his best, at his absolute worst, Roald Dahl can help remind us of the lasting impact of words."

Girls With Goals || Her · Ep.151: 'A Story Shared' - Aoife P. Rafter on blogging during a pandemic and living with CF
popular
Here's what will happen in Bridgerton season 2 - if Netfix goes by the books
QUIZ: How well do you remember these minor characters from Friends?
When will lockdown end in Ireland?
"Women Shouldn't Have Rights" - See How The World Really Views Females In This Powerful New Ad Campaign
Netflix announces new true crime documentary series: The Vanishing At The Cecil Hotel
QUIZ: How well do you really remember the first episode of Grey's Anatomy?
Here's what happens on every day of your menstrual cycle (roughly)
You may also like
2 days ago
Investigation launched after panic buttons were removed from Democrat's desk before Capitol attack
3 days ago
London private members club offering its members Covid-19 vaccinations abroad
4 days ago
Bruce Willis asked to leave pharmacy for not wearing a face mask
5 days ago
The Mother and Baby Homes report is due to be published today
1 week ago
US doctor forgives $650,000 in medical bills for cancer patients
1 week ago
Police officer poses for selfie with pro-Trump rioter inside US Capitol
Next Page