Sophie Kinsella on the 'enduring appeal' of the Shopaholic series

It's been almost 20 years since the first of the Shopaholic novels was published.

And following the release of the latest instalment in the series last month, Sophie Kinsella spoke to Her about when she knew she wanted to be a writer, the reason people love Shopaholic's Becky Brandon (née Bloomwood) so much and her favourite moment from the series (so far).

"I always told stories in my mind and wrote bits and pieces growing up, but it didn’t occur to me that I could be a novelist. It’s not exactly mentioned at the average careers fair," she said. "I knew I liked words, so I went into financial journalism because that was the only job I could get - but I was never interested in finance.

END_OF_DOCUMENT_TOKEN_TO_BE_REPLACED

"It was when I sat on the train to work, reading novels by authors like Joanna Trollope, Jilly Cooper and Mary Wesley that I thought, ‘I want to do this’ and decided to give novel writing a go."

Citing Jane Austen, "the queen of witty, romantic novels full of characters that burst off the page", as one of her biggest writing inspirations, Sophie also shared why she doesn't see her books as fitting a particular genre.

"To be honest, I’ve never thought of what I do as being in any genre except that of ‘the kind of book I’d like to read myself’," she explained. "Some people see what I do as comedy, others as romance, others as simply fiction. I do feature relationships in all my books though because love is universal.

"The human race would cease to exist without love. It’s full of endless potential for a novelist and I will never get bored of writing about the emotional connections, misunderstandings and betrayals between people." 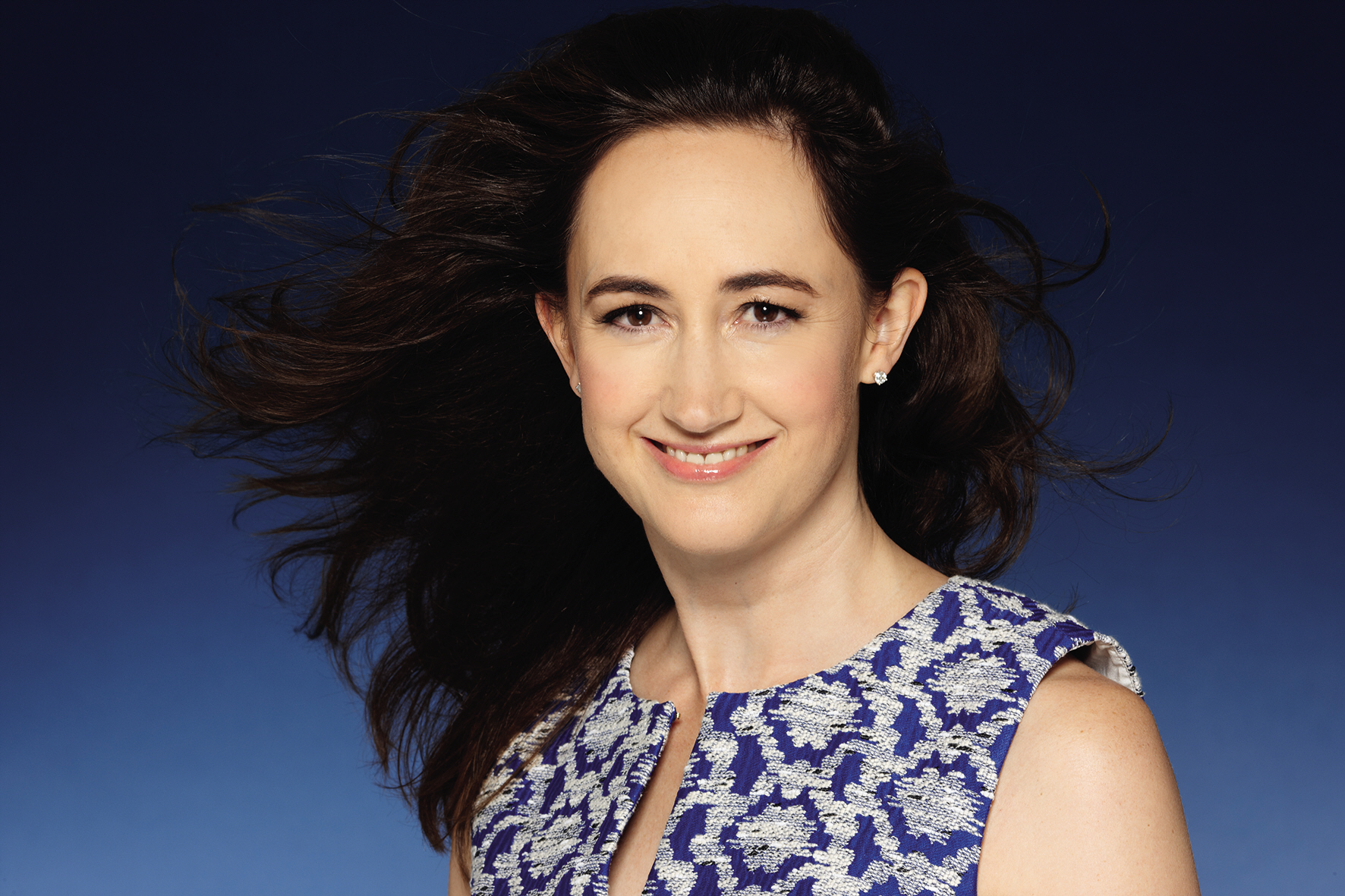 END_OF_DOCUMENT_TOKEN_TO_BE_REPLACED

Readers were first introduced to Becky Bloomwood in the 2000 novel The Secret Dreamworld Of A Shopaholic, which was re-released the following year as Confessions Of A Shopaholic.

The recently-released Christmas Shopaholic is the ninth novel in the series - and the love for Becky Brandon (née Bloomwood) and her loved ones seems to be stronger than ever.

END_OF_DOCUMENT_TOKEN_TO_BE_REPLACED

Sophie told Her how thrilled she was that the character has "such an enduring appeal", almost 20 years on from the publication of the original novel.

"I think she feels real to a lot of my readers – she certainly feels real to me," she continued, noting that while Becky has grown and matured over the years, "she is the same Becky and still gets into trouble."

"Although she has flaws, she also has many qualities which are inspiring – her optimism, her good-heartedness, her ingenious solutions to problems, and her relationships with her family and friends," Sophie added. "She always tries her best, even if her best usually backfires."

She also explained how she "drew on a lot of personal experience" when coming up with the idea for the original novel.

"I was in a shop and I remember having a vision of a girl opening a Visa bill and that range of emotions she would feel, from dismay, denial, horror… I then thought that it would be a supreme irony if she was a financial journalist but her own finances were in chaos," she said. "I definitely think the same way as Becky when I shop, even though I’m not as extreme. So I drew a lot on personal experience." 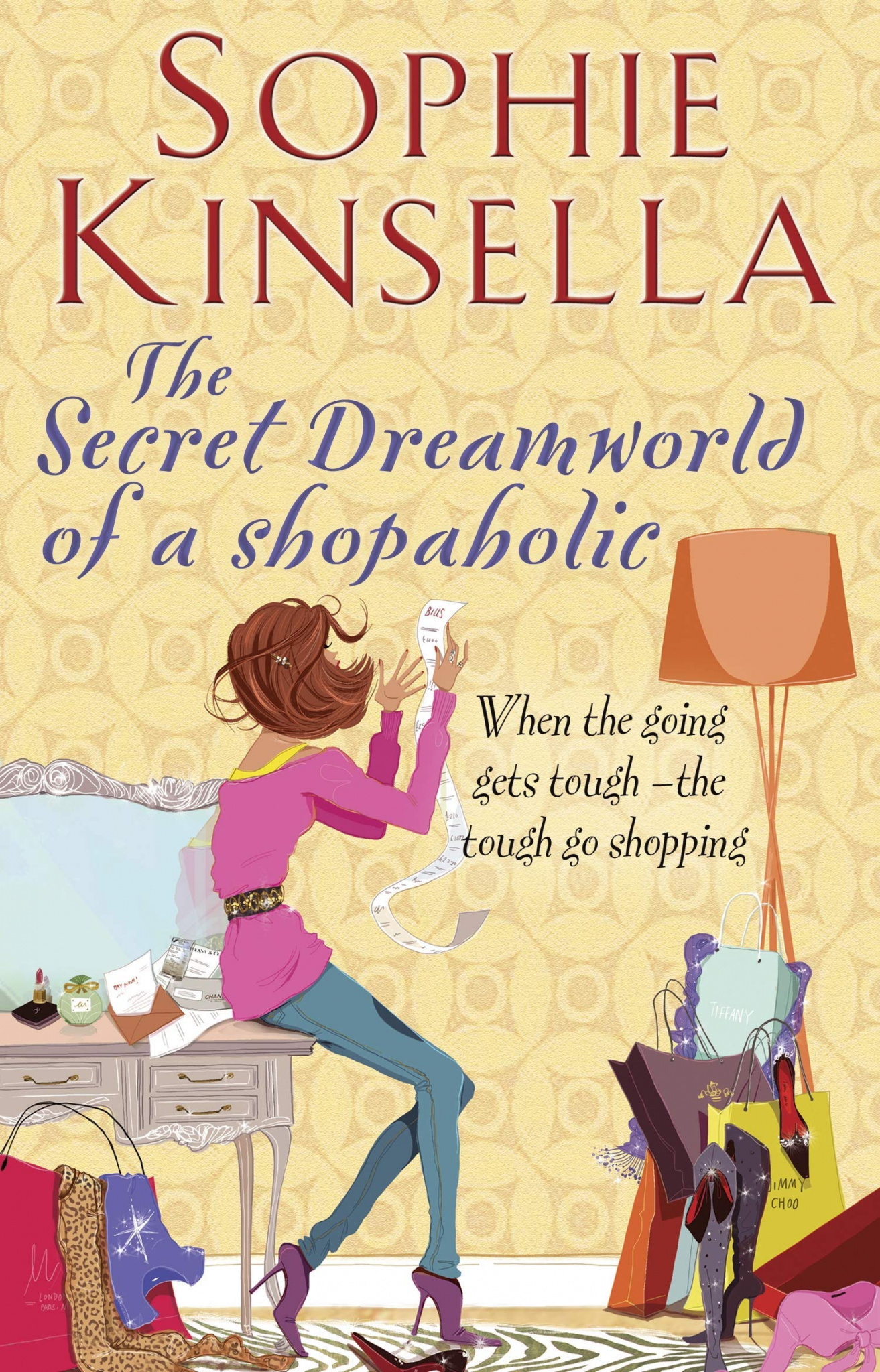 It's been around four years since the last Shopaholic novel was published (Shopaholic to the Rescue came out in October 2015), and, according to Sophie, the decision to revisit her now came down to one particular thing.

"I missed her! And I knew that my readers missed her too," she explained. "At every event I’ve done over the last four years, someone has asked when she’s coming back. I had other ideas I wanted to write about, but I knew I would make a return to her."

She added that she has been "blown away" to the reaction to Christmas Shopaholic, the ninth instalment in the series, after it hit shelves last month.

"There has been such enthusiasm and love for Becky," she said. "Readers have told me that they’ve laughed and cried, which is all an author can ask for."

Christmas Shopaholic follows the first time that Becky is hosting Christmas for her nearest and dearest.

With her parents unable to resist the draw of craft beer and smashed avocado and Shoreditch, Becky is faced with trying to bring comfort and joy to Christmas - in spire of all the obstacles that seem to be popping up.

There's the return of her ex-boyfriend, whose motives aren't exactly clear. And Luke is insistent that he wants aftershave - again - while Minnie is insisting on a very specific picnic hamper.

And not to mention her sister, Jess, is demanding a vegan turkey for the holidays - hich, as it turns out, led to one of Sophie's favourite scenes of the entire Shopaholic series to write.

"Oh my goodness. [It is] so hard [to pick a favourite," she said. "I must admit I did laugh when I wrote Becky trying to construct a ‘vegan turkey’ out of toilet rolls and mushrooms in Christmas Shopaholic."

The ending of Christmas Shopaholic hints there may be more adventures with Becky, Luke, Minnie et al in store for readers.

And while Sophie admitted that she doesn't "have any immediate plans" to revisit their story in the future, she said she wouldn't rule it in out in the future. 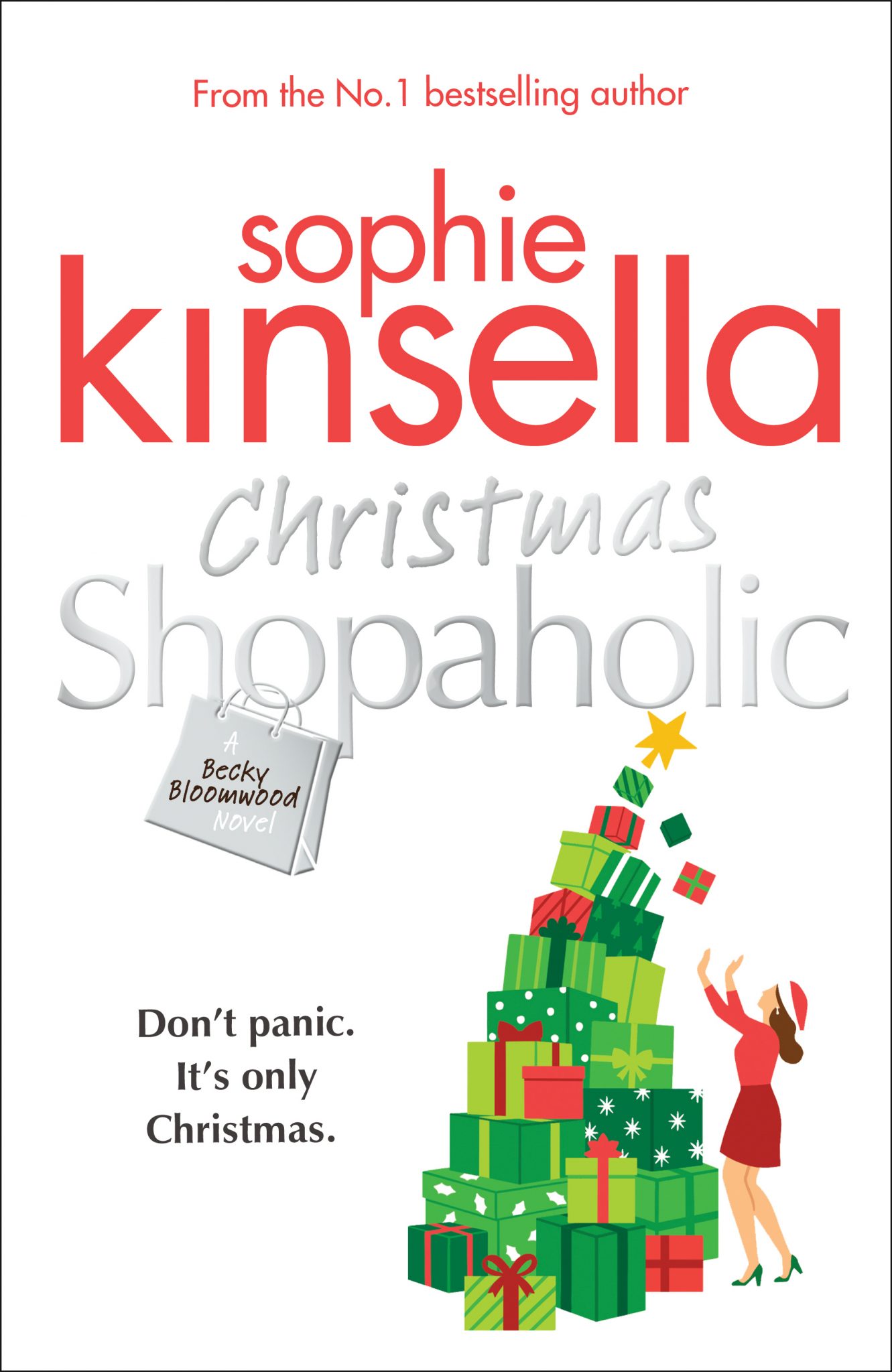 "I feel as though Becky’s universe is a permanent fixture, ready for me to dip into at any time, so in principle, yes," the author explained. "I don’t have any immediate plans to do so though, as I’m already planning another standalone."

The author of more than 30 books to date, including the seven published as Madeleine Wickham and the four for children and teens, she also weighed in on the differences between working on the Shopaholic series and her stand-alone novels.

"They are very different. I love the fresh clean horizons of a standalone, and the feeling that I can do anything, create any characters I like and play around with any ideas," she explained.

"The Shopaholic world is wonderful because it’s like catching up with old friends, but I have a lot of back story that I need to be aware of. So it’s actually wonderful to transition between the two, because they feel like totally different forms of writing."

And while she says that she has revealed a lot of requests for sequels to the stand alone novels over the years, she hasn't ever felt it would be the right decision.

"While Becky’s story seems open-ended to me, the other books feel as though they reach the end and then that’s it," she explained.. "I’m happy to leave the characters in the place that they got to."

popular
Anne Heche has been removed from life support
Paige Thorne breaks her silence on Jacques O'Neill drama
Top tips for keeping your fake tan on for longer as the weather heats up
Love Island producers respond to claims Jacques was kicked off the show for "bullying"
Ekin-Su Cülcüloğlu signs the biggest fashion deal in Love Island history
Met Éireann extends high temperature warning for Ireland this weekend
Apparently, THIS is the reason why Louise Redknapp split from Jamie Redknapp
You may also like
2 months ago
Love Island star Yewande Biala opens up about mental health on the show in new book
4 months ago
WATCH: The trailer for Where the Crawdads Sing is here
6 months ago
WATCH: The trailer for Conversations with Friends is finally here
6 months ago
The first photos from Conversations with Friends are here - and it looks incredible
7 months ago
Vogue Williams is writing a children's book
8 months ago
A TV adaption of One Day is coming to Netflix
Next Page