Stuart Turton has opened up about about his biggest writing inspiration, Sherlock Holmes and the inspiration behind his new novel The Devil and the Dark Water.

The author told Her how it was the Queen of Crime, Agatha Christie, was "the entire reason I'm [a writer] in the first place" and "the first author that I completely fell in love with and read".

"It was a neighbour called Doris who gave me all the Agatha Christie books, she used to go to car boot sales, and she would bring them back in a stack for me on a Saturday," he explained.

END_OF_DOCUMENT_TOKEN_TO_BE_REPLACED

"And it was amazing to me. That as the first time I became aware of sequels or a series, where you have the same characters solving different mysteries or having different adventures. That absolutely blew my mind that that could be a thing that existed. I was so thrilled, because [after I read] my first Agatha Christie book, there was just this stack of books next to me, and it was like, 'oh my god, I get to keep doing this!' That's why I got so obsessed with them, I just kept reading one after another after another after another.

"As I got older, I moved from Agatha Christie into Sherlock Holmes, then into Stephen King. Now, I read a lot of literary fiction -- so, that's been my path. I absolutely adore books that mess with structure."

The Devil and the Dark Water, which was released last week, is the follow-up to his 2018 mystery, The Seven Deaths of Evelyn Hardcastle.

Set in 1634, the book sees Samuel Pipps, the greatest detective in the world, being transported from the Dutch East Indies to Amsterdam. He's facing trial -- and execution -- for a crime that he may not have committed.

END_OF_DOCUMENT_TOKEN_TO_BE_REPLACED

Also traveling on the Saardam are Arent Hayes, Pipps' loyal bodyguard, and Sara Wessel, a noble woman with a secret, and her husband, the governor general of Batavia.

Soon after their ship sets sail, devilry begins to blight the voyage. A strange symbol appears on the sail. A dead leper stalks the decks. Livestock are slaughtered in the night. But then the passengers start to hear a voice whispering to them in the darkness, promising them three unholy miracles. First: an impossible pursuit. Second: an impossible theft. Third: an impossible murder.

With Pipps imprisoned, only Arent and Sara can solve a mystery that stretches back into their past and now threatens to sink the ship, killing everybody on board. 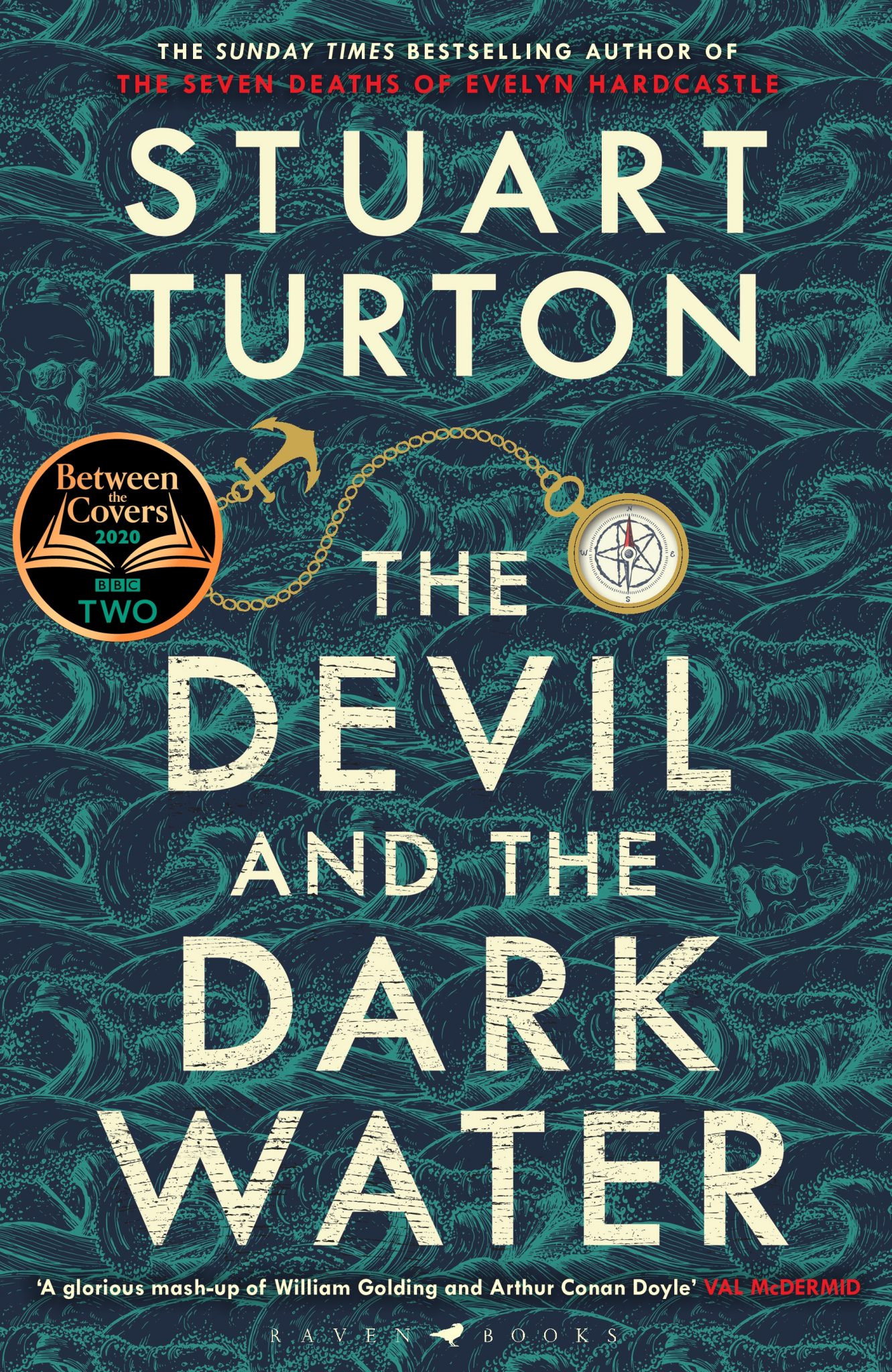 END_OF_DOCUMENT_TOKEN_TO_BE_REPLACED

Stuart told Her how, after the publication of The Seven Deaths of Evelyn Hardcastle, he had been determined to write something that felt "completely different".

"[I wanted to do it] for my own sanity, but also so readers couldn't put me in a box and say, that's what he does," he noted, as he recalled how he first started to develop the idea for The Devil and the Dark Water.

When he was 23-years-old and backpacking through Australia, he ended up in Perth and paid a visit to the Maritime Museum.

"There's a real life historical ship in that museum, it's called the Batavia. It's one of the most horrific stories that you'll ever hear -- but within it are these amazing stories, these really heroic stories," he said.

"There was a soldier, and that's who Arent Hayes is based on. He led a resistance and he fought running battles against the psychopaths and his men; he tried to save as many people as he could. The captain on this incredible voyage -- all he had was a rowboat, his ship had been wrecked, and he and his senior officers had to navigate back to Batavia. They managed to remember to where the island was and bring back help.

"I wanted that as a core, it seemed like such a good idea for the story. Ships are so incredibly atmospheric and I am fascinated by this, the golden age of sail, and especially the courage of people to go into these floating wooden cities without any form of rudimentary navigation, and then just sell for eight months somewhere and just trust that they get there. It's incredible to me."

And while the idea felt "really rich", he didn't want to write the real-life story as it was "too brutal and too sad".

"I wanted a big, fun adventure story. I wanted a Sherlock Holmes-style mystery on board the ship," Stuart continued.

"And, with Seven Deaths, I purposely wrote a bunch of horrible people just as vile as I possibly could -- I stuck them all in a house together to see what happened. And that was the point of that novel, but you've never want to hang out with any of them. But with Devil and the Dark Water, I wanted you to feel like you could hang out with these characters; I wanted to write a bunch of people who were fundamentally nice. They all have secrets, and they're all up to something -- and there's baddies on board, of course -- but everyone does have a viewpoint, and everyone does have a sense of humour in this book."

The author also explained why he decided to flip the usual kind of detective pairing on its head -- and why he wasn't able to "get on board" with Sherlock Holmes.

"Sherlock Holmes is just such a tool. I read all the Sherlock Holmes books back-to-back -- [while] I love Agatha Christie, I had a trickier relationship with [Holmes]. I love the stories, I love the adventurous feel of them. But I'd read loads of books where, you know, Poirot or Marple sits down and pulls it out. In Sherlock Holmes, he's always dashing off to do things -- he's just putting on disguises and waving guns around and stuff. As a teenage boy, that was brilliant. I loved all that stuff. But I couldn't get a handle on Holmes because he is a tool all the way through those stories," Stuart said.

"And there's weird things that happen. So, like, Watson [Holmes' sidekick] is a doctor; he's just come back from war; he's a hero. But everyone treats him like he's an absolute no-nothing cowardly buffoon. And then you've got Lestrade, who is the chief of the world's foremost policing unit at that period -- and again, he couldn't find a cat up a tree. I know it's sort of a fantasy world, but it always bugged me. [Sherlock] was kind of intellectually greedy, he only solved the cases that interested him on an intellectual level. He wasn't there to help people, he didn't have - for me - a sense of compassion or empathy. I could never get on board with him."

He explained that when he started work on The Devil and the Dark Water, "it felt very natural" to have it as a Sherlock Holmes-style adventure structure, mixed with a seafaring novel.

And it was even more of a natural choice to have Arent, Pipps' sidekick, and Sara Wessel, the Governor General's wife, be the crime-solving sleuths.

"I did want to make a character that I could get invested in, and maybe fix the things I didn't like about the Sherlock Holmes stories because I have that privilege now in my own novels. I do love sidekicks. I love sidekicks in everything, [like] stories where they get promoted into the spotlight," he told us.

"And Sara, the Governor General's wife, in the book, as she says, she's basically the least important person in her own story. I wanted to push her into the spotlight. I wanted [Arent and Sara] to be their own detective duo in a way, I wanted them to feel like they had their own roles but were equally important in it." 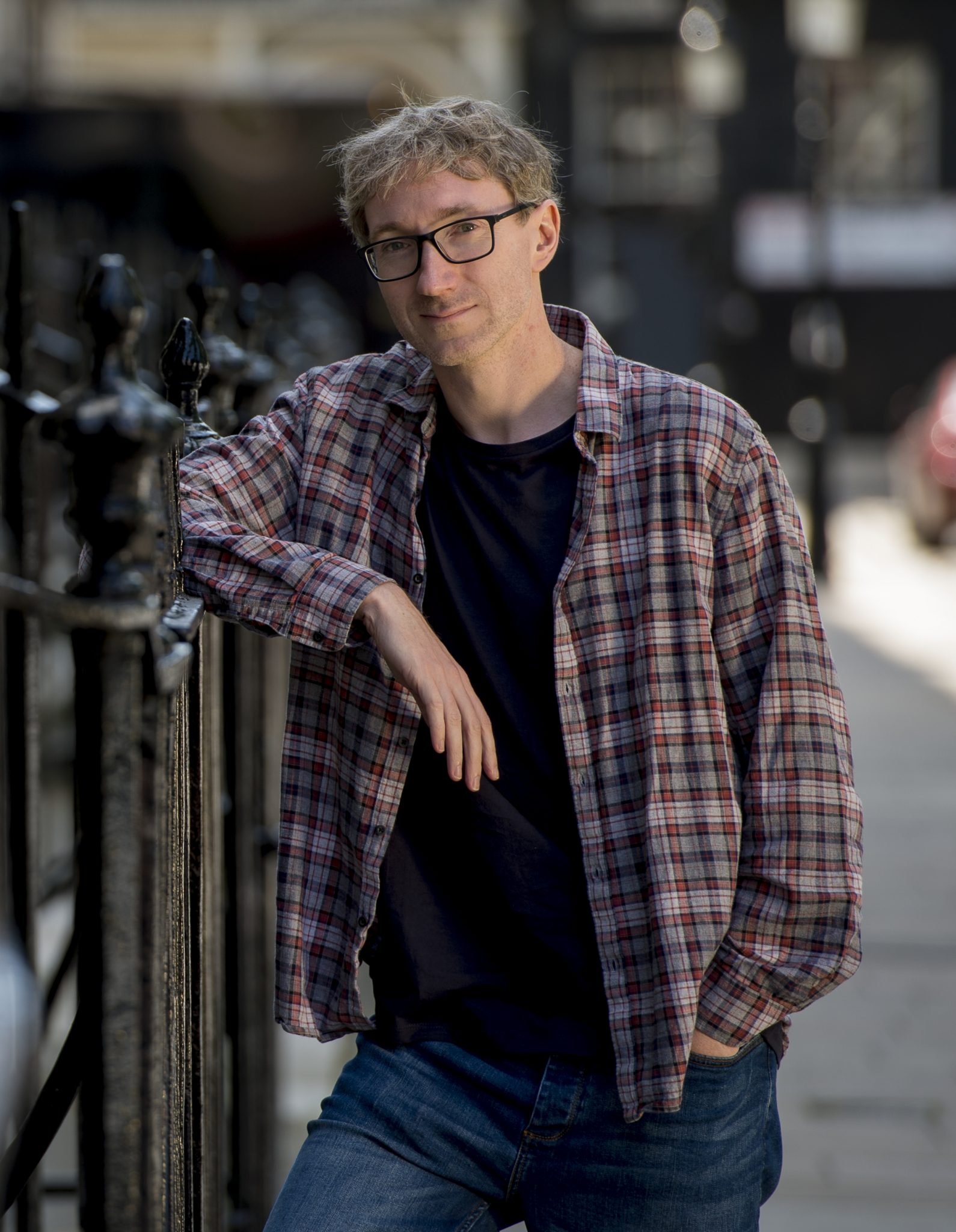 Including Sara in the detective duo meant that she was given more agency -- as well as a very different set of obstacles, when it came time for them to try and figure out what was happening on the Saardam.

"She [just] demanded [to be front-and-centre of the story]. The women in this [time] period -- and especially not on a ship like the Saardam -- they wouldn't have had any freedom of movement. So as an author, that's immediately interesting because it gives her a set of complications that nobody else on the block has," the author explained.

"She wants to solve this mystery, but she can't just like, wander around asking questions; she's got to overcome the fact that she's not even allowed to wander around. So how does she do that? That's just a fascinating, fascinating thing to write."

Also aboard the ship are Lia, Sara and the Governor General's daughter, and Creesjie, her good friend -- with both relationships being delved into as the seafaring adventure goes on.

"I mean, historically, this is not the most historically accurate book anyone's ever written, of course. [Sara] wouldn't have had this agency, even with disguises she wouldn't have had this agency. But it was good to give it to her in this story and see her rise to this challenge to the point where she's on a demon-infested boat having the time of her life, really. That was just really nice to write."

popular
Paige Thorne breaks her silence on Jacques O'Neill drama
Love Island producers respond to claims Jacques was kicked off the show for "bullying"
Ekin-Su Cülcüloğlu signs the biggest fashion deal in Love Island history
Top tips for keeping your fake tan on for longer as the weather heats up
Love Island's Amber opens up on unaired fight between Remi and Jacques
Why Are Men so Obsessed With Boobs? The Answer is Pretty Surprising...
Get Out has officially dropped on Netflix and we know what we're watching tonight
You may also like
1 month ago
Love Island star Yewande Biala opens up about mental health on the show in new book
4 months ago
WATCH: The trailer for Where the Crawdads Sing is here
6 months ago
WATCH: The trailer for Conversations with Friends is finally here
6 months ago
The first photos from Conversations with Friends are here - and it looks incredible
7 months ago
Vogue Williams is writing a children's book
8 months ago
A TV adaption of One Day is coming to Netflix
Next Page