Margaret Atwood, the author of The Handmaid's Tale, has announced she is writing a sequel to the dystopian novel.

Titled The Testaments, the book will hit shelves on September 10, 2019.

It will pick up 15 years after the final scene in The Handmaid's Tale, and follow the explosive testaments of three female narrators from Gilead.

According to Entertainment Weekly, the book will not be connected to the TV series.

The author confirmed the news in a Twitter statement on Wednesday.

Speaking about the upcoming .book, she said:

“Dear Readers: Everything you’ve ever asked me about Gilead and its inner workings is the inspiration for this book.

“Well, almost everything! The other inspiration is the world we’ve been living in.”

Yes indeed to those who asked: I’m writing a sequel to The #HandmaidsTale. #TheTestaments is set 15 years after Offred’s final scene and is narrated by three female characters. It will be published in Sept 2019. More details: https://t.co/e1umh5FwpX pic.twitter.com/pePp0zpuif

The Handmaid's Tale, which is told largely from Offred's point of view, ends with her being placed in a van after becoming convinced that her role in the May Day resistance has been uncovered. 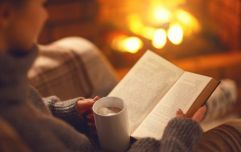 22 books we can't wait to curl up with this November

END_OF_DOCUMENT_TOKEN_TO_BE_REPLACED

However, Nick - the Commander's chauffeur and Offred's lover - tells her that she doesn't need to worry: he's a member of May Day too, and the van is actually May Day's, here to help her escape.

The ending is left ambiguous, though, as readers never find out what Offred's ultimate fate was.

Girls With Goals || Her · Ep.151: 'A Story Shared' - Aoife P. Rafter on blogging during a pandemic and living with CF
popular
Princess Diana's brother isn't happy with The Crown's depiction of his sister's marriage
Zoe Alexander Says X Factor Made Her Look Like a 'Fool'
Camilla receiving online abuse following The Crown's depiction of Prince Charles affair
Season two of Virgin River lands on Netflix this Friday
Here's what happens on every day of your menstrual cycle (roughly)
Someone has ranked the penis size of men from all over the world
Students in Carlow school told wearing tight PE clothes "distracting" for staff
You may also like
3 weeks ago
9 scary books that are guaranteed to give you chills
1 month ago
Support local: 8 independent bookshops to order from over the next few months
1 month ago
Stuart Turton on the real life inspiration behind The Devil and the Dark Water
1 month ago
20 books you won't be able to put down this October
2 months ago
55 new books you should keep an eye out for this autumn
2 months ago
QUIZ: How well do you remember the book Harry Potter and the Philosopher's Stone?
Next Page