The EU are not happy that the Irish government seemed to be playing favourites with the world's biggest technology company.

Ireland's decision not to chase up the €13 billion in taxes from Apple has been referred to the European Court of Justice by the EU Commission.

In August 2016, the EU gave Ireland a deadline of January 2017 to recoup the €13 billion in illegal state aid that Apple had benefitted from in this country. 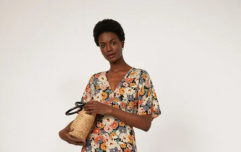 Coronavirus and the high street: Oasis and Warehouse are on the brink of collapse

END_OF_DOCUMENT_TOKEN_TO_BE_REPLACED

The money - which was never collected - was due to be held in an escrow account pending appeals by both the State and Apple against the decision.

The worry for the Irish government was, of course, that its favourable corporation tax rates could be compromised and therefore deter foreign companies and multi-nationals from setting up shop here, particularly in the wake of Brexit.

However, it is now expected that Apple will be forced to hand over the money by March next year.

“We, of course, understand that recovery in certain cases may be more complex than others, and we always hope to assist,” said EU Commissioner Margrethe Vestager.

“But member states need to make sufficient progress to restore competition. That is why we have today decided to refer Ireland to the EU court for failing to implement our decision.”

Girls With Goals || Her · Ep.161: Feeling Peachy - Sharon Keegan of Peachylean on being an absolute BOSS!
popular
The DIY frozen coffee recipe that's so delicious you'll never pay for an iced latte again
Here's what happens on every day of your menstrual cycle (roughly)
So are we dating?... 10 signs it's time to define your relationship
How to INSTANTLY unblock your stuffy nose (we swear this works)
Science says this is how many dates you have to go on before you find 'The One'
Author Lucinda Riley's family announces she has died aged 56 after 'secret' cancer battle
Why Are Men so Obsessed With Boobs? The Answer is Pretty Surprising...
You may also like
1 day ago
Airbnb is looking for 12 people to live anywhere for a year for free
2 weeks ago
School of Rock star Kevin Clark tragically dies, aged 32
3 weeks ago
Prince William lashes out at the BBC over "deceitful" Diana interview
1 month ago
International travel moves closer after European Parliament votes in favour of introducing EU Covid-19 certificates
1 month ago
Suspected poacher trampled to death by elephants in South Africa
2 months ago
Joe Biden says his ancestors left Ireland "because of what the Brits had been doing"
Next Page