#MakeAFuss: Can a community project be turned into a viable business?

"Once I did launch, I already had a solid base cheering me on."

Can a community organisation built on nothing but hard work and good will ever become a profitable enterprise?

Lynn Haughton is certainly hoping so.

END_OF_DOCUMENT_TOKEN_TO_BE_REPLACED

The Dublin woman has spent the past few years teaching people around Ireland about taking something old and making it new but is now putting her money where her mouth is with a line of her own upcycled products - accessories made from used wetsuits.

Growing up Lynn didn't exactly dream of being an environmentalist or even a designer.

Originally from the leafy suburb of Killiney, she wanted a career as a property developer.

Seeking to put herself in the best position to flip houses, Lynn studied interior design.

After college she ended up working to transform homes for the sales and rental markets and it was here that she found her passion for upcycling.

END_OF_DOCUMENT_TOKEN_TO_BE_REPLACED

"I loved transforming pieces of furniture and salvaging items to save them from being skipped," she tells us.

The word upcycling just means turning something old into something new and usable. The 'up' part refers to the value and quality that the item takes on in the process.

"I always say ‘It’s only waste if we waste its potential’ and that is exactly what upcycling is all about," Lynn explains.

"Just because something has come to the end of its life for its original purpose doesn’t mean it can’t be used for something else."

It was off the back of this that she started the Upcycle Movement in 2012.

It's a organisation of people like Lynn who are want to see old materials being reused with a fresh purpose.

"It kind of took on a life of its own," she says of the movement.

The Upcycle Movement now consists of talks, workshops and an online platform and has brought together a nationwide community of likeminded upcycling enthusiasts.

This community has been vital in helping Lynn get her new venture off the ground.

"It allowed me to build and grow a very valuable network.

"Now that I have taken the leap to turn it into a business and build a brand, that core network has proven very supportive and vital for feedback and guidance and has meant that once I did launch, I already had a solid base cheering me on."

Having settled by the sea in Wexford, Lynn's inspiration for the Neo Collection, her range of upcycled accessories, came from her background in water sports and her love of the sea.

As it turns out, wetsuit waste is kind of a big deal.

"Surf schools, activity and adventure centres generally replace wetsuits every season depending on the wear and tear," she says.

"That’s thousands of wetsuits in Ireland alone every year."

As wetsuits are made from non-biodegrable and non-recyclable neoprene, they're not exactly environmentally friendly.

It's this durability that means the material is ideally suited for upcycling.

"My designs are inspired by the material itself," Lynn continues.

"I’m also inspired by beach life, travel and adventures– a nod to the previous life of the wetsuits." 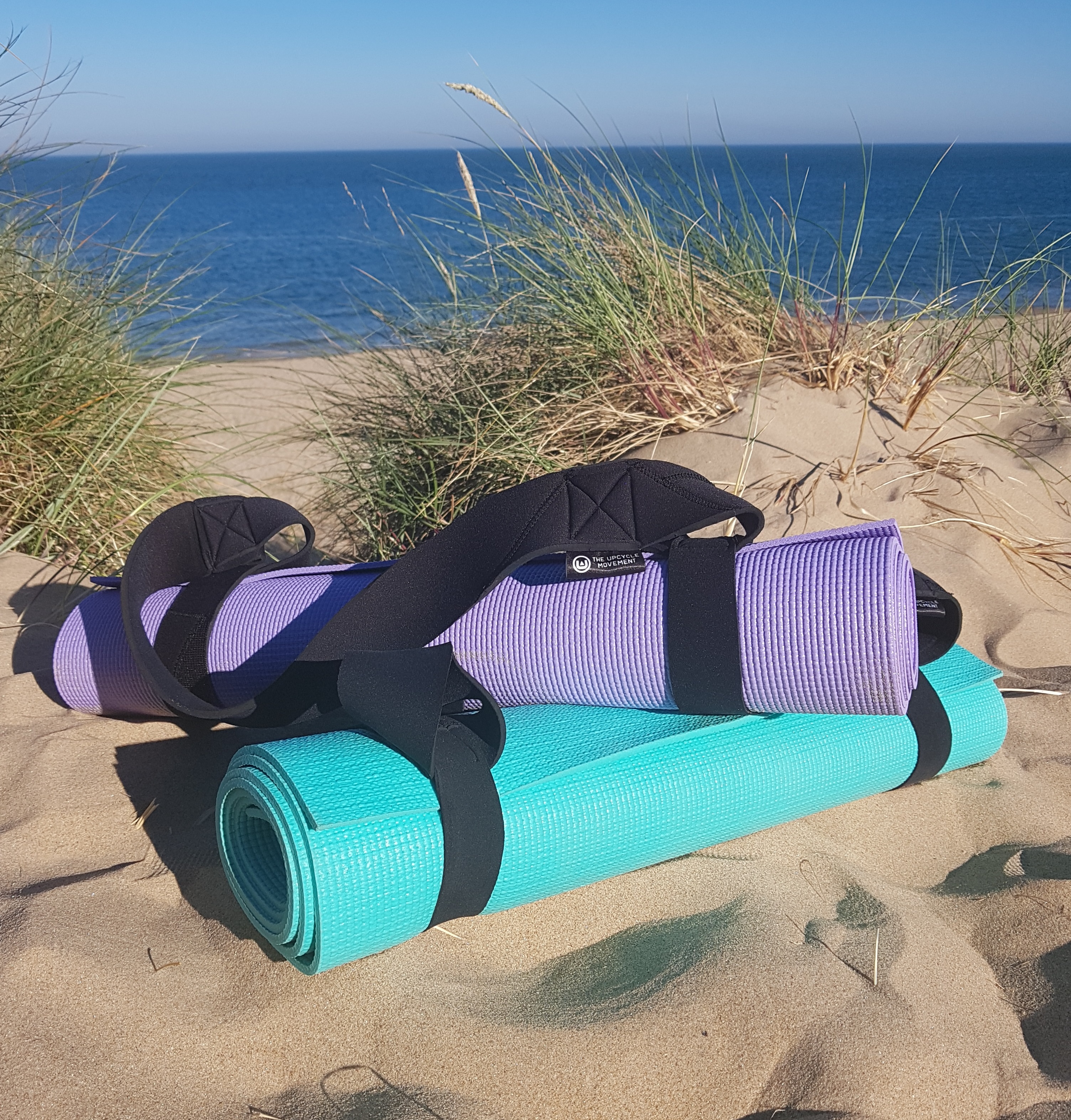 This is obvious in the surf-inspired bags, earrings and even wine bottle coolers in the Neo Collection.

They're all bits that you could happily bring to the beach, knowing they'd withstand a few knocks.

Even the business model itself reflects marine conservation - ten per cent of the Neo Collection's profits go to Seal Rescue Ireland.

"If things go tits up I know I’ll find or create another opportunity."

As a concept, the range makes sense - but that doesn't mean it was as easy as simply creating the pieces and launching them into the world.

"The main challenge for me, as with many start ups is finance – and lack thereof!" says Lynn.

She took a Start Your Own Business course through the Dun Laoighre Local Enterprise Office and took part in the Building Craft and Enterprise course with Design Crafts Council of Ireland.

It was through another course with UCD's Innovation Academy that she learned how crucial testing out an early version of our project can be.

"This allows you to get feedback and to learn from it. And don’t take it to heart if someone gives you negative feedback," she advises.

"I know when you put your creations out there it’s quite a vunerable feeling but be open to honest criticism. Seek it out and take on board any suggestions for improvements. It’s the only way to grow and improve."

Setting aside her emotions is something Lynn has had to learn the hard way, having battled plenty of self doubt on her journey.

"I’ve always been driven by passion but my confidence would lag behind," she says. 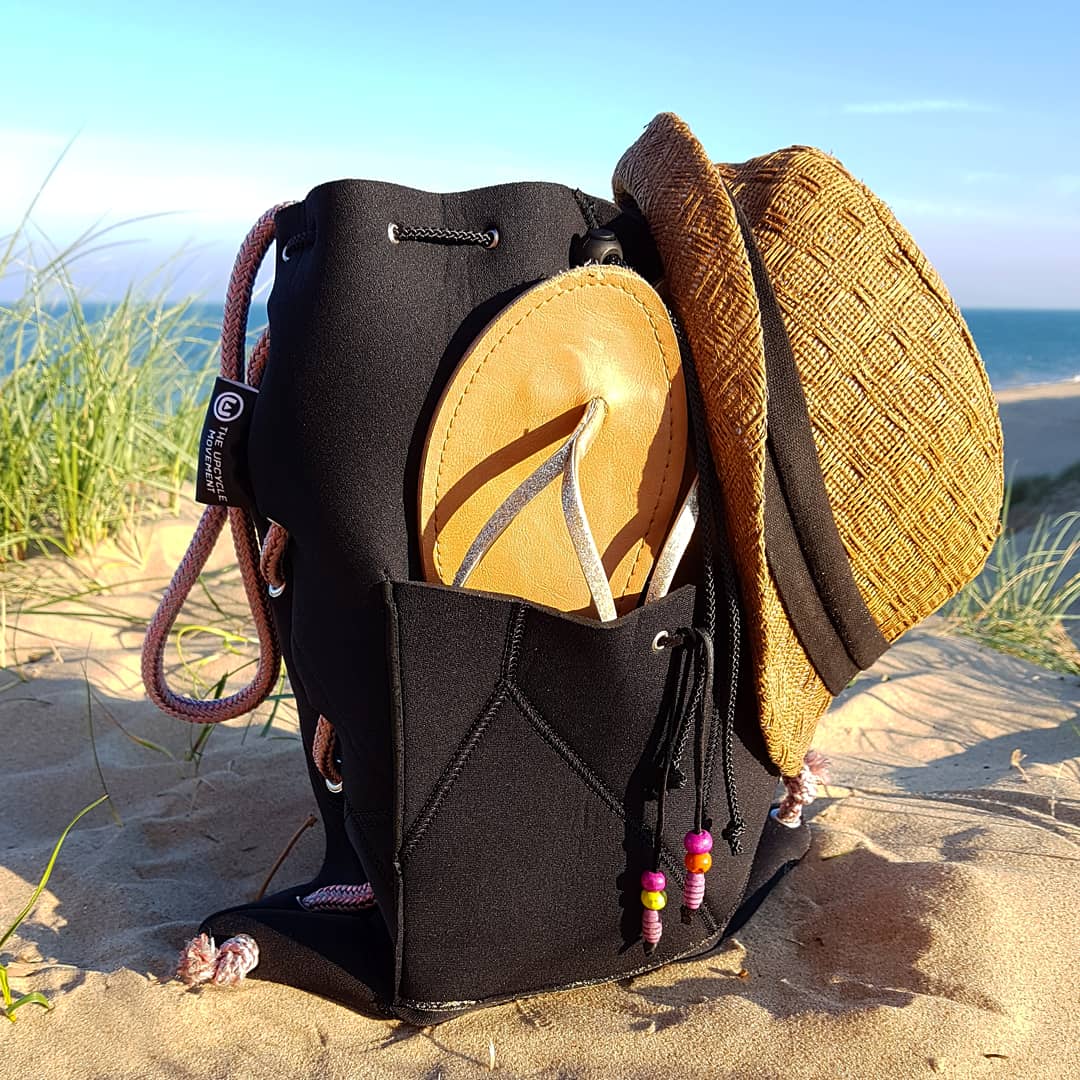 "Over the last few years I’ve had a fair share of struggles and setbacks but what I’ve learnt from going though that is if something isn’t working - pivot.

"The core values and mission remain the same but as an entrepreneur it’s crucial to be adaptable.

"Being open to that has shown me that I’m stronger than I thought and it’s eliminated the fear of failure because if things go tits up I know I’ll find or create another opportunity and truck on."

"The sustainability and environmental aspect is the easy part!"

So what's it like trying to get people to buy into environmentally friendly products? In a world where we buy consumer products cheaply and throw them away carelessly, is sustainability a hard sell?

"The sustainability and environmental aspect is the easy part!" says Lynn.

"There has been a shift in conscious consumerism and people do seem more receptive and encouraging of that value."

Down the line, Lynn hopes that the Neo Collection will expand to become a wider network of upcyclists creating sustainable products from old textiles.

"I plan to tackle other problem ‘waste’ materials from the adventure sports industry and further develop the product range.

"I already have a few exciting collaborations in the pipeline and I’m always open to learning of other textiles that need upcycling to see if there’s something I can help with."

Girls With Goals || Her · Ep.161: Feeling Peachy - Sharon Keegan of Peachylean on being an absolute BOSS!
popular
Britney Spears' dad Jamie says he is "sorry" to see daughter in pain
Woman escorted from Disney World for "inappropriate" top
Nearly half of men think 36 is "too old" for women to have a baby in UK
Will Britney ever be freed?
Harry and Meghan reject Archie's royal title because it has 'dumb' in it
Newborn needs 13 face stitches after being cut during emergency C-section
Aldi's new garden collection includes massive waterpark, slides and 14ft pools
You may also like
2 weeks ago
"I am a sleep enthusiast!" Meet Hannah Murphy – the woman behind ethical Irish bedding company Amurelle
3 months ago
The Westbury Hotel in Dublin is offering complimentary headshots for women in business
1 year ago
Here are all of the finalists for this year’s Women In Tech Awards
1 year ago
Nominations for this year's Women in Tech Awards are now open
2 years ago
Hear how our Girls With Goals producer Niamh Maher nabbed her current role in media
2 years ago
The one piece of advice that I heard over and over from successful Irish women this year
Next Page