#MakeAFuss: 'Sure you’re just a young girl, what do you know about farming?'

"Being taken seriously was the real issue."

Inventing a game-changing agricultural product and setting up your own company when you're 15 years old is one thing - but getting the world to believe in you is quite another.

That was the biggest challenge facing Marie Martin when starting out in business.

END_OF_DOCUMENT_TOKEN_TO_BE_REPLACED

The Dingle native, who grew up farming alongside her father in Dingle, built a tool to make spraying pesticides safer when she was in Transition Year at school.

She spent months designing, building and tweaking the Safe Scrub Sprayer in a shed on the farm, welding it herself by hand, but wasn't prepared for the reaction from her potential customers.

"I’ll never forget the day when I launched the product. We were set up out at Abbeydorney Ploughing Matches.

"This farmer came up to me and put his hand on the product and said 'What are you selling?'

"I was explaining the product, all the efficiencies, all the benefits and he was like, 'Sure you’re just a young girl, what do you know about farming?'

"It took me in everything in my body not to give out to him." 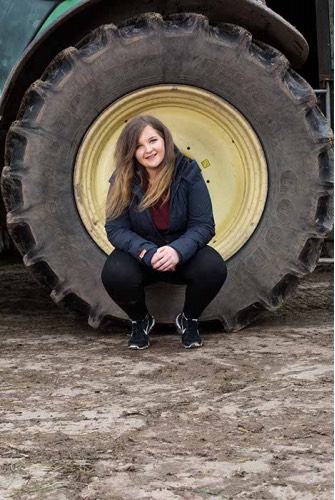 END_OF_DOCUMENT_TOKEN_TO_BE_REPLACED

Fifteen-year-old Marie realised then and there she'd have to overcome a lot of barriers to make her business a success.

This became more apparent, she says, when she began to dealing with manufacturers and investors.

"I wasn’t even trying to get that investment for the company; it was trying to get them to invest in me, which was the most difficult part of the whole experience so far.

"Being taken seriously was the real issue."

"Word of mouth really helped us take off."

END_OF_DOCUMENT_TOKEN_TO_BE_REPLACED

The first ever Safe Scrub Sprayer was built not as a marketable product but as a solution to a problem in the family business.

Marie's dad had gotten sick after a day spraying weed killer on the farm and she wanted to find a way to make the process safer.

She became "obsessed", she says, with building a new tool for her dad to use.

"I was reading everything and my parents thought I was going insane because I’d spend all my time in the garage welding and giving out to myself because I was getting it wrong."

Marie was encouraged by a teacher at school to develop her invention for the Young Entrepreneur competition.

She kept going and ended up winning the overall national competition with her first Safe Scrub Sprayer.

Meanwhile, the new invention was beginning to turn heads locally.

"My dad started using it. People would see him with it and ask and he’d say ‘Oh, Marie made it.’

"Then my dad’s friend was like, 'Make one up for me and I’ll buy it from you,' so I made my first sale then."

Just like that, demand for the Safe Scrub Sprayer grew. 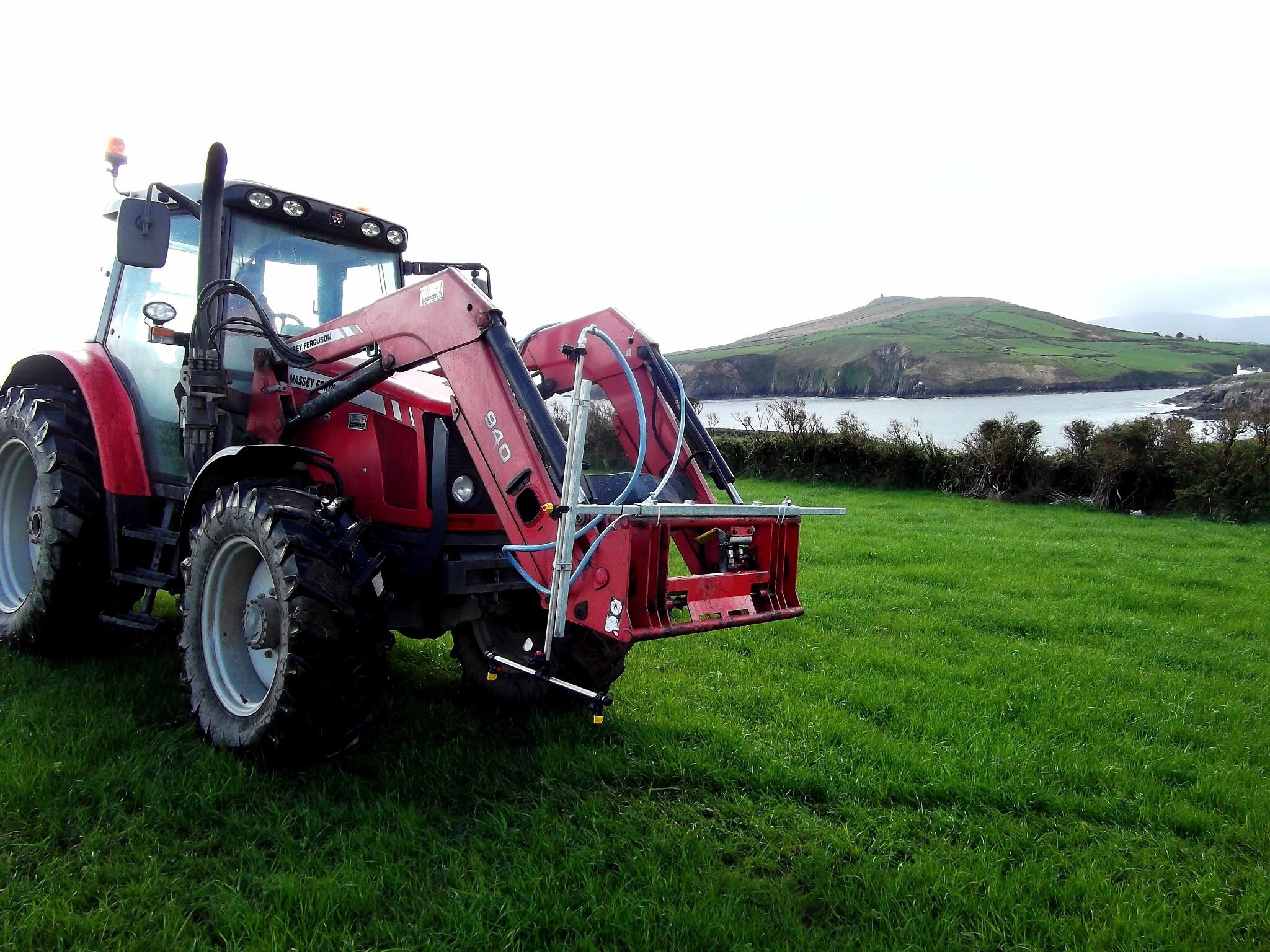 "It was really word of mouth that helped us take off."

Seven years on, Martin Safety Equipment now sells all over Ireland, to the UK and as far afield as France and Germany.

Marie and her dad are co-directors of the company. Her younger brother is also heavily involved and they take on additional part-time and full-time staff in the peak season (January to August) to keep up with production and dealing with customers.

The company's focus has widened over the years to an ultimate goal of promoting safe farming practices.

"The amount of accidents and deaths that happen on farms is ridiculous," Marie says.

"The majority of it is carelessness, so you walk into a farm yard and you can see something the farmer is doing wrong but for them it’s normal and they see nothing wrong.

"With the Safe Scrub Sprayer, they buy it for the convenience of it.

"Farmers don’t care if it’s healthier for them. Farmers care about efficiency and cost effectiveness, they just care about their margins.

"Safety is put on the back foot so our aim is in making products that will help make their lives easier but also safer."

"I love finding a problem and fixing it."

Marie, now 23, is currently in her final year of a Commerce degree in UCC, having been awarded a Quercus scholarship by the university.

Cork is great place to be a young person in business, she tells us, and before she's even graduated she's already putting her studies into practice.

"Doing Commerce has allowed me to see both textbook stuff and what works and what doesn’t, so the thing that we’ve been learning in class I can apply to my business and see what works.

"That’s such a cool experience to have so young." 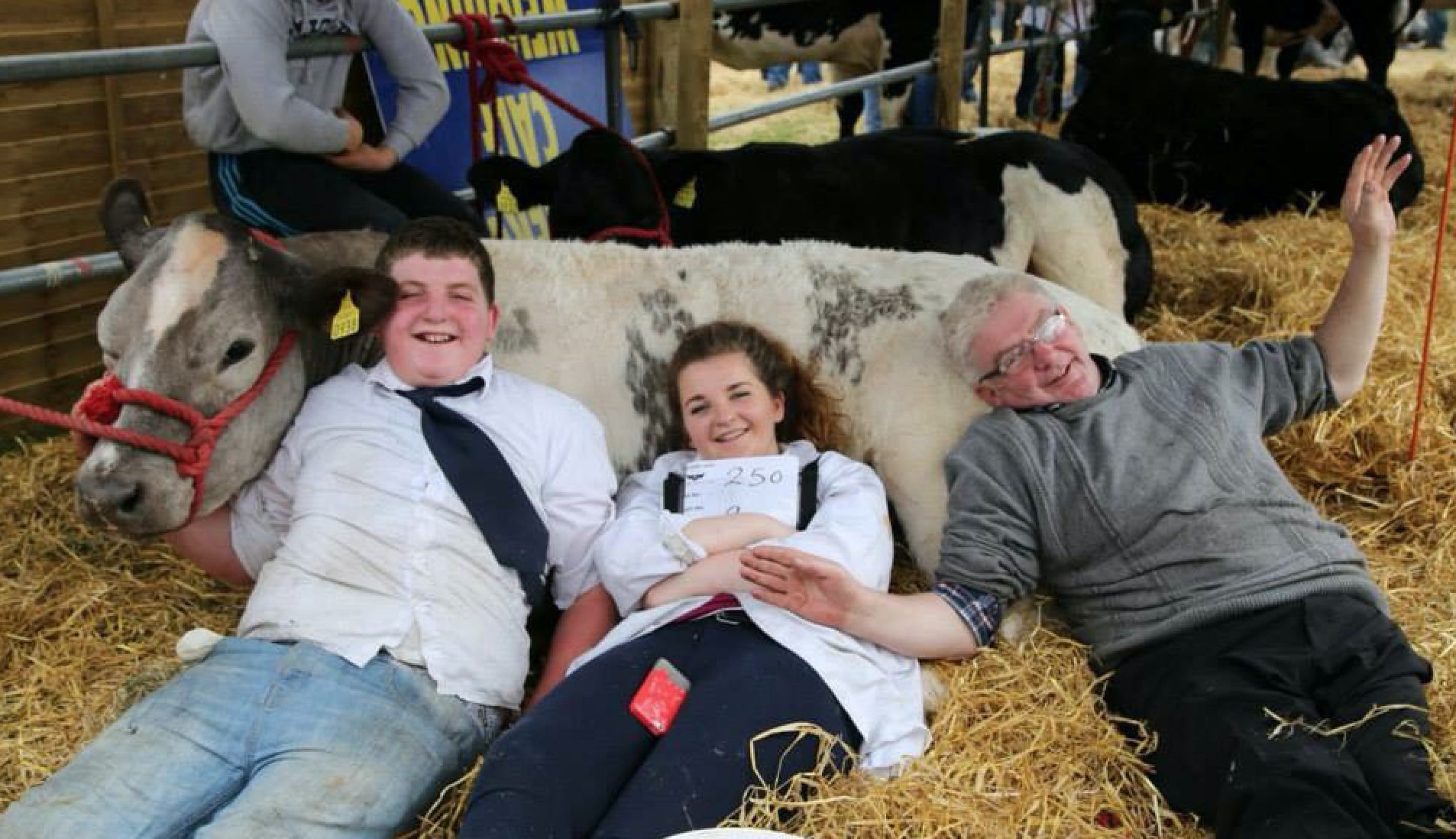 She's as passionate as ever about Martin Safety Equipment but says she feels her future lies in the world of business rather than agriculture.

With graduation around the corner, Marie sees herself staying on in an advisory role but ultimately letting her younger brother take over while she pursues other things.

"I always want to be involved in it because I love finding a problem and fixing it.

"I think I'll end up getting involved in more start-ups and consultancy. I love watching something grow from the ground up."

She's also been involved in mentoring secondary school students during her time in UCC and would love to continue helping to develop entrepreneurship in young people.

"It’s amazing to see how with a litte bit of advice or contact they’re able to expand their business. I love going and seeing what the issues are and helping to solve them.

Girls With Goals || Her · Ep.160: The Beauty Of Coaching - Hayley Harrison joins us from Sport Ireland
popular
These 14 Dublin attractions are opening their doors again next week
You can now get Hyaluronic Acid at Dealz for €4
Irish company launches 1.5 litre wine 'Bagnum' - a magnum in a bag
More footage of Tristan Thompson cheating on Khloe has emerged
Doctors warning young people against 'sun cream contouring' TikTok trend
28 amazing Irish glamping spots for your 2021 staycation
Someone has ranked the penis size of men from all over the world
You may also like
2 months ago
The Westbury Hotel in Dublin is offering complimentary headshots for women in business
1 year ago
Here are all of the finalists for this year’s Women In Tech Awards
1 year ago
Nominations for this year's Women in Tech Awards are now open
2 years ago
Hear how our Girls With Goals producer Niamh Maher nabbed her current role in media
2 years ago
The one piece of advice that I heard over and over from successful Irish women this year
2 years ago
#MakeAFuss: 'You only get one shot at this' - A career coach on changing your life
Next Page