#MakeAFuss: 'To make my idea real is the best feeling' - WorkJuggle's Ciara Garvan

There's a new F-word in job-hunting and careers – flexibility.

Employers are increasingly having to respond to workers’ needs for open-ended working hours and practices and one female-led start-up is at the forefront of this kind of recruitment in Ireland.

Ciara Garvan launched WorkJuggle in late 2017, having spotted a gap in the market for a service that connected workers with jobs that suited them and their lives.

END_OF_DOCUMENT_TOKEN_TO_BE_REPLACED

After taking time away from a fast-paced career in IT to raise her kids, Ciara was struggling to find information on company culture when looking for a job.

“I was running around meeting different recruitment agencies and it wasn’t a great experience.

“I thought wouldn’t it be great if you could sit at home, log on and see what roles are out there and you would know that it’s a short-term contract or that you could work from home or that it was flexible; just to know what you’re getting into up front before leaping back and working in a really full-on role.”

"Nobody asked, ‘Why are the women leaving?’"

Just over a year later, Ciara and her team are filling that gap, finding workers flexible roles and, crucially, helping to keep skilled professionals at work.

They also offer consulting to companies on building inclusive workforces.

Within WorkJuggle, Ciara walks the walk as well as talks the talk. 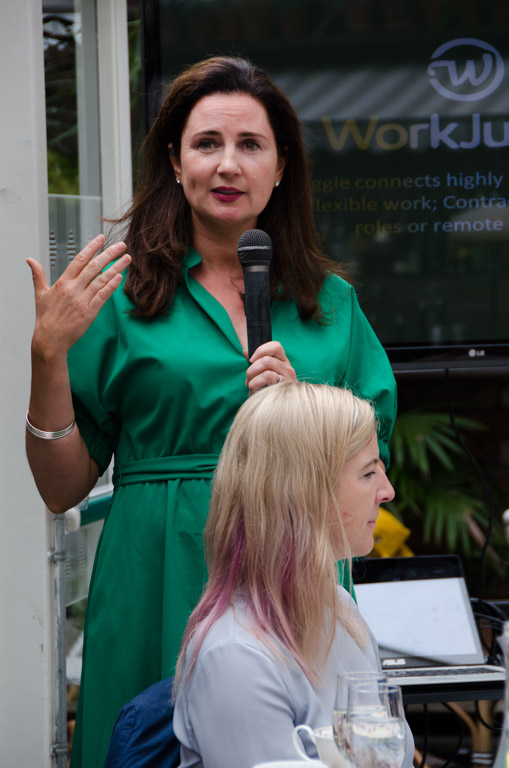 END_OF_DOCUMENT_TOKEN_TO_BE_REPLACED

Her staff don’t have set hours or even have to be at an office – “everyone just works really hard. That’s what works for us.

“Sometimes when people start they say ‘I have to go to the dentist at 11 on Thursday’ and it’s like, I don’t need to know that because I can’t keep track of my own dental appointments, not to mind yours!

“You just do whatever it is you need to do and we get the work done. It’s all about what value people can add and the work they do, not the hours they do it in.”

END_OF_DOCUMENT_TOKEN_TO_BE_REPLACED

This, she says, reflects a wider change that’s happening in Irish workplaces.

Companies are starting to recognise the importance of a diverse staff - and that includes people who need flexibility.

She believes that conversations about the gender pay gap and women at work have brought this about.

“When I left IT ten years ago, quite a few others left at the same time and nobody asked, ‘Why are the women leaving?’. It was totally acceptable.

“Now I think if you have women in IT who are leaving and they’re saying, 'I’m not getting flexibility', people start to ask questions.”

So who is this contingent of workers who are looking for flexibility at work?

There are a lot of women with young families on the platform, but there are lots of male candidates too. Often they need to be flexible for the same reasons, Ciara says, but men will phrase it differently.

“They will rarely say it’s for family reasons.”

It proves that we have a long way to go in terms of how parents are viewed at work. 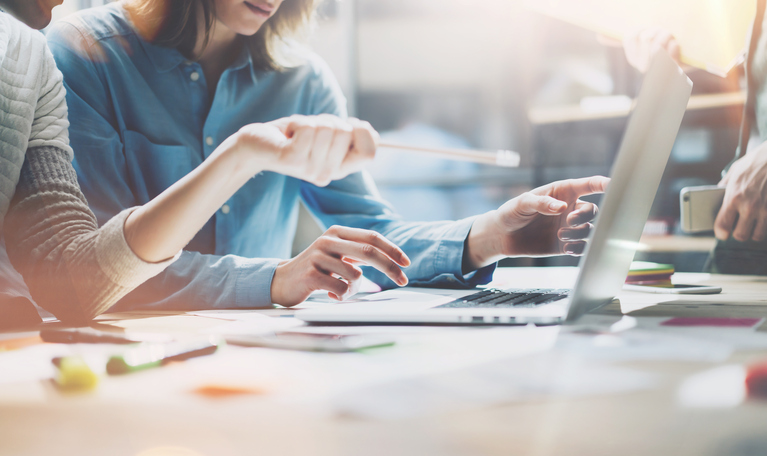 Using herself as an example, she says that no-one batted an eyelid at her leaving a very good job in IT to be at home with her children.

“But if my husband had said, ‘I want to spend more time with my kids, I’m going to leave my job’, he would have had a harder time.”

There is still a certain amount of begrudgery in some companies around people taking leave for their families, she acknowledges, but leaving parents out of the workforce altogether is to the detriment of employers and companies.

“It is proven that a more diverse workforce is a more effective workforce and the only way you achieve that diversity is by having that extended paternity leave and flexible working.”

"I genuinely get a huge sense of satisfaction from it."

Flexibility might be something that lots of us want and need then, but does it have to mean that the senior position you’ve always worked towards pulls away from view?

Can you really progress in your career if you work remotely or fewer hours a week?

Yes, according to Ciara, if you strive to always be learning and moving forward.

“That’s one of the driving reasons that I set up WorkJuggle,” she says.

“What was happening was if people got a three-day work week, they would hold onto it for dear life and never leave (that company) and in that sense your skills sort of atrophy. 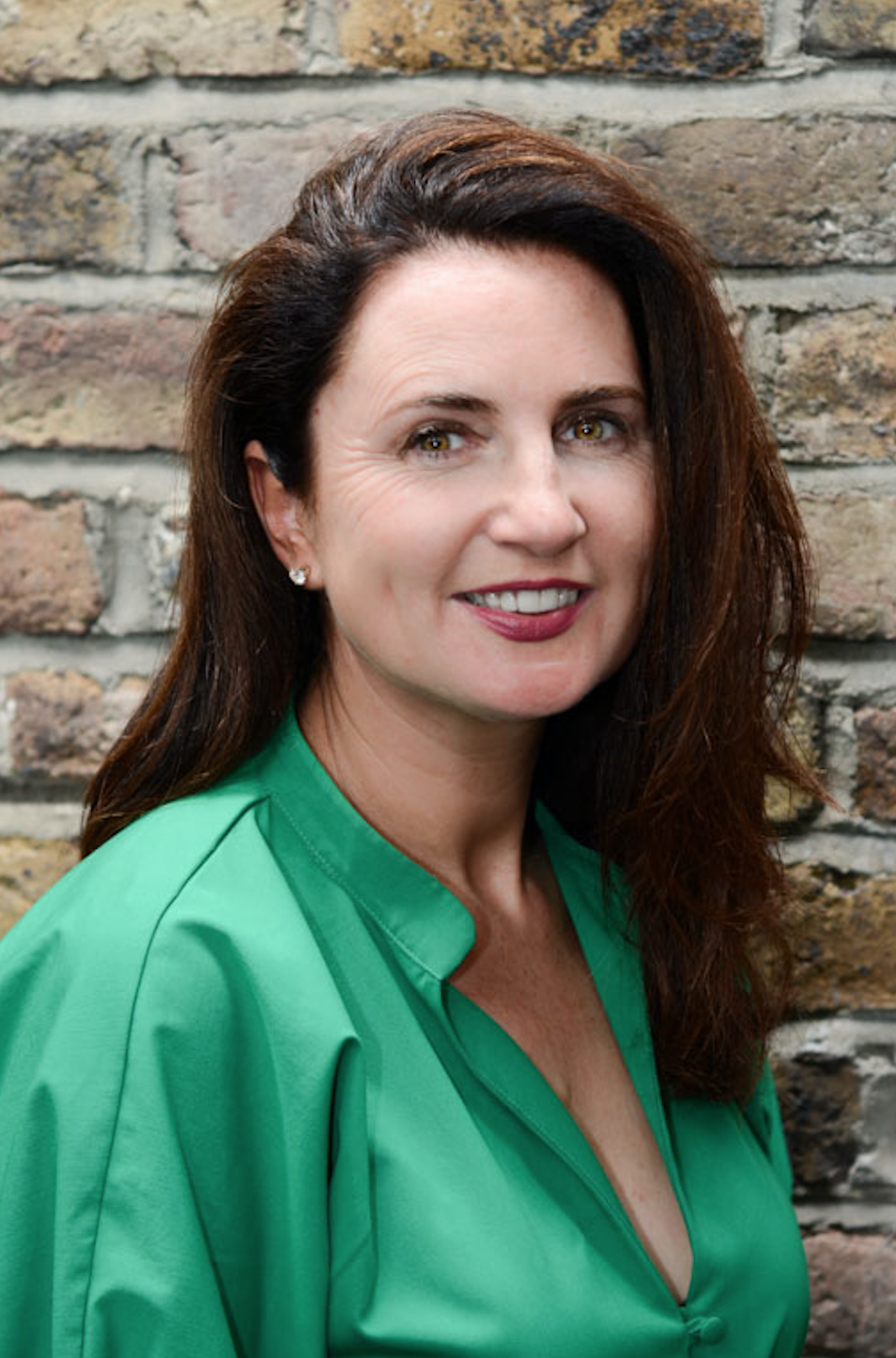 “That way, you’re still gaining experience and building up your career and then eventually you may well work five days a week.”

A year into her journey as an entrepreneur, Ciara says she “loves” being her own boss.

“I genuinely get a huge sense of satisfaction from it. A lot of our client companies are lovely to deal with, our candidates are great to deal with. It’s not all easy but a lot of it is hugely enjoyable.

“I don’t think in a way I could go back to work for someone else again. Like, this afternoon I have my daughter’s Christmas concert and I’m not working, I don’t have to tell anyone I’m not working!”

There’s lots of scope for growth for the business she says, and she’s really enjoying watching her vision develop.

“At the end of the day, WorkJuggle was an idea in my head that I was toying around with and to create that and make it real is the best feeling. It just is.”

Girls With Goals || Her · Ep.153: Scholarship Squad - We chat to Facebook's Claire O'Hara about our Smurfit Scholarship fund.
popular
Dad designs bikini line for transgender teens
REVIEW: 'Pilgrim Hill' - A Lonely Life in Rural Ireland
Where are they now? The men of Sex & The City
Someone has ranked the penis size of men from all over the world
Award winning Irish film about conversion therapy debuting this weekend
Kate Middleton has addressed the rumours that she's pregnant with her fourth child
WATCH: The trailer for the Free Britney documentary is here
You may also like
1 year ago
Here are all of the finalists for this year’s Women In Tech Awards
1 year ago
Nominations for this year's Women in Tech Awards are now open
1 year ago
Hear how our Girls With Goals producer Niamh Maher nabbed her current role in media
2 years ago
The one piece of advice that I heard over and over from successful Irish women this year
2 years ago
#MakeAFuss: 'You only get one shot at this' - A career coach on changing your life
2 years ago
#MakeAFuss: How one teacher went beyond the classroom and transformed her career
Next Page