#MakeAFuss: Why never being comfortable is the key to getting ahead

At what point in your career can you finally feel like you've made it?

In the case of Java Republic's Grace O'Shaughnessy, the answer is never.

After 12 years with the business and over ten as its managing director, she says she's constantly looking to be challenged.

END_OF_DOCUMENT_TOKEN_TO_BE_REPLACED

It's a motif that's run through her entire career, right from when she started her graduate role at Kylemore Foods.

Within a year, she was asked to move into a management position - an opportunity she jumped at as she enjoyed the work that she was doing but felt "it was not something that was going to challenge me for my future."

A job with Lir Chocolates followed but after a few years the idea of pushing herself further came up again.

"One of the things that’s always driven me was the sense of challenge," she says.

"I would always have considered myself a high achiever in my studies, in my approach to things.

"I only want to be my best in whatever I do and at a point in time in Lir I felt that the challenge wasn’t enough. I felt there wasn’t progression in the company at that time."

In 2006, a role presented itself at Java Republic and Grace has been overcoming challenges there ever since.

END_OF_DOCUMENT_TOKEN_TO_BE_REPLACED

Her appointment as MD in 2008 coincided almost perfectly with the beginning of the recession.

It's an unfortunate truism that one of the first things people cut back on in hard times is their spending on luxuries and treats - like good coffee.

Grace saw it as a period of opportunity and says she kept her head down, working to grow the team and the company's potential in the market.

"Whether you’re male or female you have the right to sit at the table."

END_OF_DOCUMENT_TOKEN_TO_BE_REPLACED

In the past few years, with the worst of the crash over, new challenges have presented themselves.

"The whole economy in Ireland has changed; what’s driving consumption, a younger audience coming up, drinking coffee and talking about coffee.

"The customers have become a lot more discerning so my role has evolved even further. 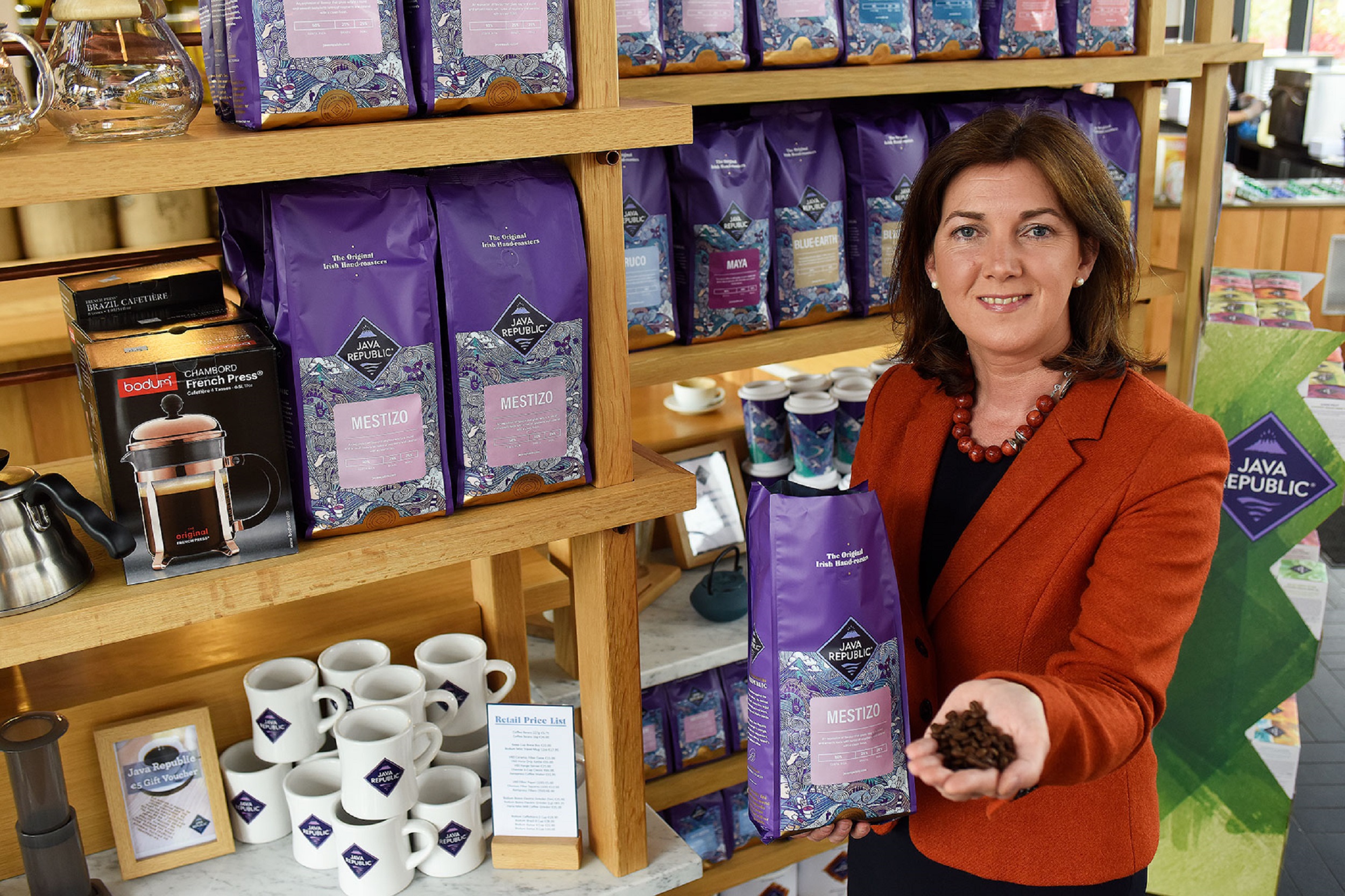 "I could have said five years ago I’ve done what I feel I can do with this business but the environment, the values, the workforce have changed and that creates a totally different business to manage."

As well as these new challenges, Grace also took on a pretty hefty extracurricular.

After almost 20 years away from education, she's just completed an MBA.

"It was nearly too long a gap," she admits. "Sometimes you have to bite the bullet.

"There’s never a right time. If I look back I could have come up with a multitude of reasons not to do an MBA at that time but I did it."

She's in a "mourning period" having finished it but says she feels like she finally has some spare time.

"When you’re in college first time around, you have no commitments to anyone other than yourself.

"This time around you think you’re going to do the same but you realise you’ve so much more to balance."

Grace is mum to Amelia, who's eight, and was keen to set an example for her daughter.

"She’s growing up in a totally different competitive environment in terms of where she’ll be in 15 years.

"I think it’s been extremely beneficial for Amelia to see that Mum is working and Mum is studying."

It's no doubt that it's also of benefit for her to see her mum leading the way in a male-dominated industry.

Grace says that while she's surrounded by lots of men in work, sexism has never been an issue for her because she simply hasn't let it be.

"I’ve often been asked did I ever feel like an outsider and I can honestly say no, but I believe that that was my mindset that I didn’t allow that to happen.

"There were times when in meetings I would have witnessed male dominance within the workplace but if I felt strongly enough about a subject or a decision, I stood by that.

"Even looking at the whole gender thing at the moment, I think we can get a bit caught up in the quotas but whether you’re male or female you have the right to sit at the table and not because your gender prescribes it." 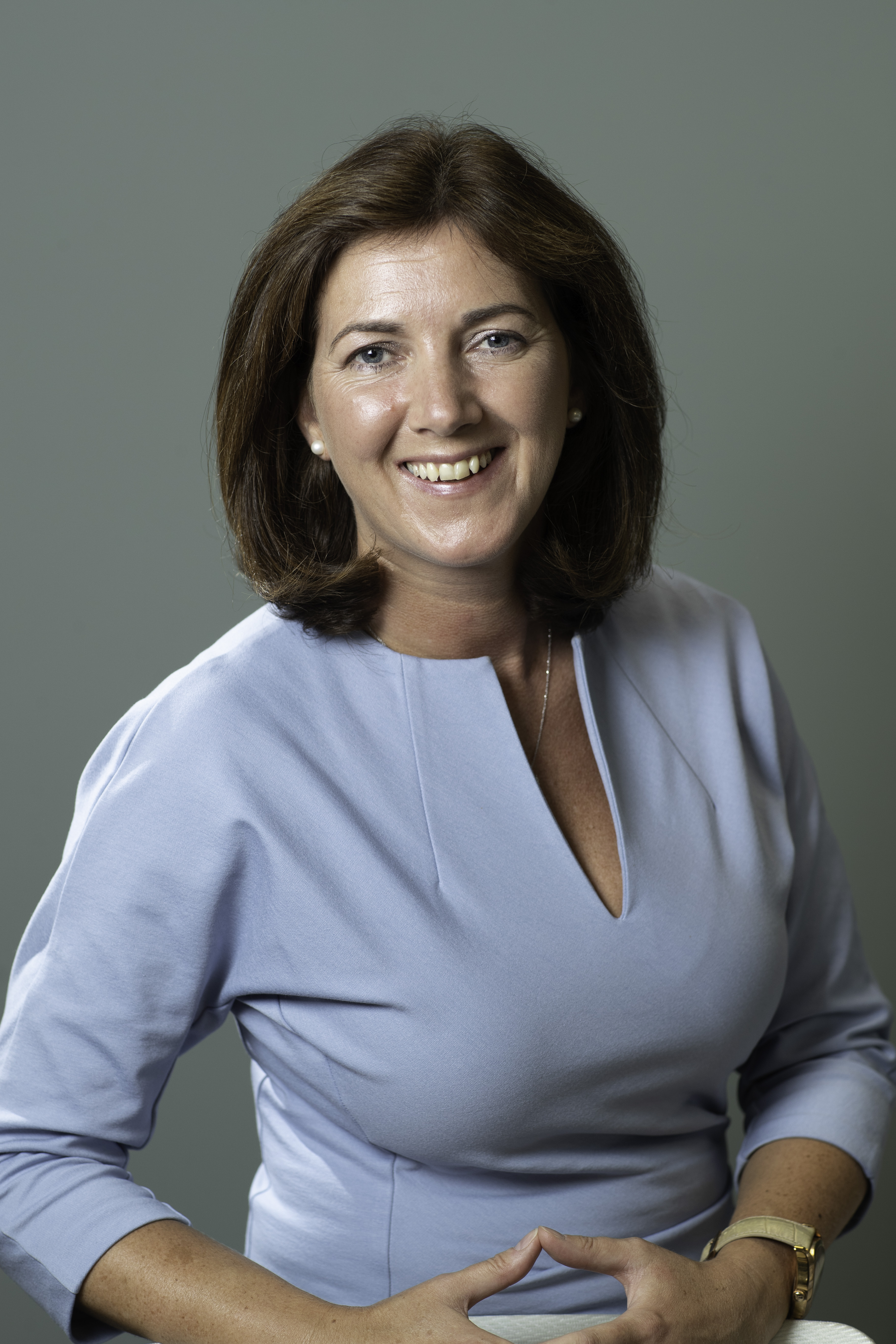 "You have to be someone who is open to that discomfort."

That's not to say she's done it all on her own.

A point that Grace makes over and over is that having a mentor has helped her get to where she is.

She says that anyone is business has the right to ask for a mentor, as she did when she became MD with Java Republic.

"I was very young and I wanted somebody who could be a sounding board who had no involvement day-to-day. The business was very supportive of that.

"I believe that there are a lot of people in business who would give that support if they were asked but I don’t believe we ask enough.

"It’s something that not enough people take up on."

After almost two decades in the industry, Grace admits that she still doesn't have all the answers.

"Sometimes I do question myself - have I the capability? Then you do something, come out the other side and say, what was I worried about?

"You have to believe in yourself and your own ability."

She reckons that pushing yourself out of your comfort zone is key to long-term success in your career.

"It’s nerve-racking, it’s daunting, you don’t know of you’re going to fail and you don’t want to fail but you always learn.

"You have to be someone who is open to that discomfort."

Girls With Goals || Her · Ep.160: The Beauty Of Coaching - Hayley Harrison joins us from Sport Ireland
popular
These 14 Dublin attractions are opening their doors again next week
You can now get Hyaluronic Acid at Dealz for €4
Irish company launches 1.5 litre wine 'Bagnum' - a magnum in a bag
More footage of Tristan Thompson cheating on Khloe has emerged
Doctors warning young people against 'sun cream contouring' TikTok trend
28 amazing Irish glamping spots for your 2021 staycation
Someone has ranked the penis size of men from all over the world
You may also like
2 months ago
The Westbury Hotel in Dublin is offering complimentary headshots for women in business
1 year ago
Here are all of the finalists for this year’s Women In Tech Awards
1 year ago
Nominations for this year's Women in Tech Awards are now open
2 years ago
Hear how our Girls With Goals producer Niamh Maher nabbed her current role in media
2 years ago
The one piece of advice that I heard over and over from successful Irish women this year
2 years ago
#MakeAFuss: 'You only get one shot at this' - A career coach on changing your life
Next Page