The TikTok star passed away in a trucking accident.

TikTok star Timothy Isaiah Hall, better known as Timbo the Redneck, has passed away aged just 18. The teenager died earlier this week, the cause is believed to be a stunt gone wrong.

Timbo the Redneck had millions of TikTok views and a loyal gaggle of fans who enjoyed his 'confederate' style videos. He would often post videos of fishing, huffing tobacco and doing stunts in his beloved pick up truck ‘Big Booty Judy’. 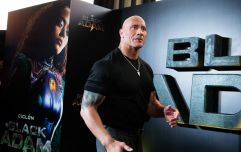 END_OF_DOCUMENT_TOKEN_TO_BE_REPLACED

According to Hall’s friend, Tony, the recent high school graduate had been doing doughnuts in ‘Big Booty Judy’ with his girlfriend at the weekend. Hall lost control of the truck, was flung from it, and then the truck landed directly on top of him.

"He won’t be making any more videos — no more videos at all. My son was in a bad accident yesterday and didn’t make it," said his mother Tessie Hires.

"I want to thank everybody for all the fans that he had. He loved TikTok and just believed in all the fans. Everybody that supported him, it meant a lot to him."

There have been numerous influencer deaths related specifically to content gone wrong. Most recently, Danish YouTuber Albert Dyrlund passed away after falling to his death.

Vibe Jørger Jensen, Dyrlund's mother, confirmed his death with local news station TV2. Dyrlund was filming a video in Forcella Pana in Italy, on Wednesday, July 28, when he fell 656 feet to his death.

Rai News reported that Dyrlund plummeted from Mount Seceda in Val Gardena while filming a video. Reports say that a rescue helicopter was called but was unsuccessful in a rescue attempt with Dyrlund pronounced dead at the scene.