In February of this year, news broke by TMZ that Tristan Thompson had cheated on Khloe Kardashian with family friend, Jordyn Woods.

In a scandal which had everyone tuned in and feeling for Khloe who had walked this path with Tristan before, all eyes were on the family as to what would happen next.

And now, three months later, we're finally getting to see what actually went down in the Kardashian household when the news broke as a new episode of Keeping Up With The Kardashians gets ready to relive that tough time in Khloe's life.

In the teaser trailer released by E!, we see Khloe breaking down as a voice tells her on the phone: "I don't even know if I should tell you this...". 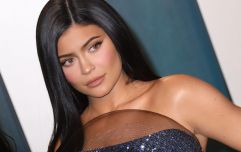 END_OF_DOCUMENT_TOKEN_TO_BE_REPLACED

Jordyn Woods who was best friends with Kylie Jenner at the time was reportedly ex-communicated from the family, moving out of Kylie's house and unfollowed by most of the Kardashians on social media (a millennial sign that sh*t was going down).

And now, for the first time since all exploded, Kylie Jenner has spoken about the drama.

Speaking to her mom in the teaser trailer, Kris can be heard saying this scandal will be the divorce of the pair, to while Kylie responds:

Kylie and Jordyn have not been seen hanging out since February and it is rumoured that although Kylie is over it, she has nothing more to do with Jordyn anymore as does the rest of her family.

This episode will air here on June 2.

popular
Family of four found dead in hotel sauna
"Real-life consequences": Strictly's Adam Peaty addresses near-kiss rumours
It looks like it's all over between Maura Higgins and Giovanni Pernice
Will the clubs be reopening on October 22? Here's what we know so far
Shirley Ballas books breast exam after Strictly viewers spot lump
Breast cancer survivor Tracy Bennett wants to raise awareness for "sneaky" type of cancer
Police search for missing 4-year-old girl in Australian outback
You may also like
1 month ago
"Stormi, we're gonna have a baby": Kardashians react to Kylie's baby no.2 news
1 month ago
Can we stop presuming women are pregnant?
3 months ago
Stormi Jenner, 3, is about to launch her own brand
3 months ago
Kylie Jenner lip kits are coming to Boots soon
6 months ago
Kylie Jenner addresses criticism over make up artist's GoFundMe
1 year ago
Kylie Jenner boosts US voter registration traffic by 1,500%
Next Page