Actor James Caan Files For Divorce After 18 Years of Marriage

Actor James Caan has filed for divorce from his wife, costume designer Linda Stokes, after 18 years of marriage

According to TMZ the papers were filed on January 6th. As well as asking for joint physical and legal custody of their 16-year-old son, he is seeking to terminate financial support for Linda.

Other reports claim that she has now responded, asking for spousal support and sole custody of the teenager. Apparently the couple did not sign a pre-nup.

END_OF_DOCUMENT_TOKEN_TO_BE_REPLACED 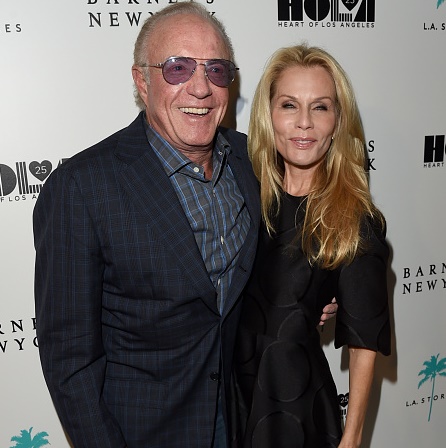 James and Linda have been married for 18 years.

James and Linda have been married for 18 years and have two sons together, 19-year-old James and 16-year-old Jacob.

This is the third time during their marriage that divorce papers have been filed. On the other two occasions, the case was later dismissed.

Before tying the knot with Linda, James had been married and divorced three times before. He also has three children from those relationships.

His films include The Godfather, Misery, Elf and Mickey Blue Eyes.

popular
Sarah Jessica Parker offers to help out at Dublin restaurant
Vogue Williams slams man who refused to swap seats with her on plane
Three children among 12 killed in massive European storm
This is the exact date the weather will get warm again
New Zealand family find two bodies in second hand suitcases
Crown Paints advert receives 200 complaints over 'misogyny' and 'everyday sexism'
Man charged with the murder of Clare man Thomas O'Halloran
You may also like
3 years ago
Turns out, this colour of wine gives you the WORST hangover
6 years ago
Pretty Little Liars actor Brandon Jones could be facing over five years in prison
6 years ago
Gwen Stefani Receives Massive Backlash After "Insulting" April Fools' Prank
6 years ago
Katie Price Names And Shames The Twitter Trolls Bullying Her Son Harvey
6 years ago
Kim Kardashian Blasts "Body-Shaming and Slut-Shaming" In Brilliantly Honest Post
6 years ago
WATCH: Emma Watson Launched HeForShe Arts Week On International Women’s Day
Next Page