Award-winning singer, Adele shared the news that she has split from her husband of three years in an official statement.

Released by her representatives, the statement reads:

According to reports, the email was sent yesterday and there isn't likely to be any follow-up on the matter. 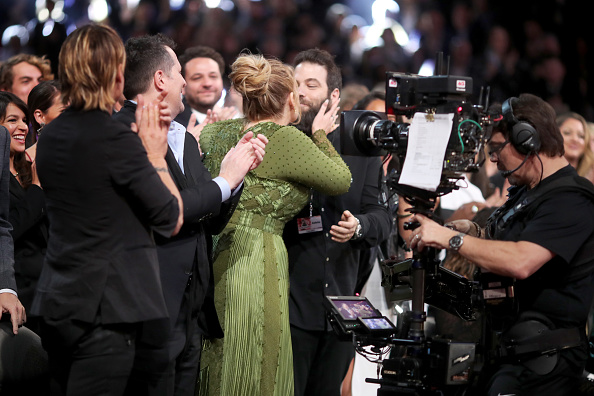 They have one son together, Angelo, who was born in 2012.

The couple have always been extremely private about their relationship and rarely speak publicly about each other.

Their marriage was only confirmed during the singer's Grammys acceptance speech in 2017 when she described Simon as her husband.

popular
Will there be a second season of Gilmore Girls: A Year In The Life? Here's what we know
Kate Middleton has addressed the rumours that she's pregnant with her fourth child
"Like botox, but without needles" – I tested Gua Sha, and the results were impressive
QUIZ: How well do you really remember the first episode of Sabrina The Teenage Witch?
Here's the average age people lose their virginity around the world
Here's what happens on every day of your menstrual cycle (roughly)
The Queen has banned Meghan Markle from wearing any of Princess Diana's jewellery
You may also like
8 months ago
We (and Twitter) want to talk about Adele's FABULOUS Christmas look for a minute
9 months ago
Adele shares gorgeous Christmas snap but the reaction to it is incredibly frustrating
11 months ago
Adele fans sent into a frenzy after rumours she is going to release new music next week
11 months ago
Adele has introduced Skepta to James Cordon as 'whirlwind romance' rages on
11 months ago
One Republic's Ryan Tedder says that Adele and Beyoncé collaboration was just a joke
11 months ago
Singer Adele is reportedly dating grime star Skepta, and we didn't see that coming
Next Page