Well, not all of them, but she did bag five gongs and looked absolutely stunning in a couture Givenchy gown. 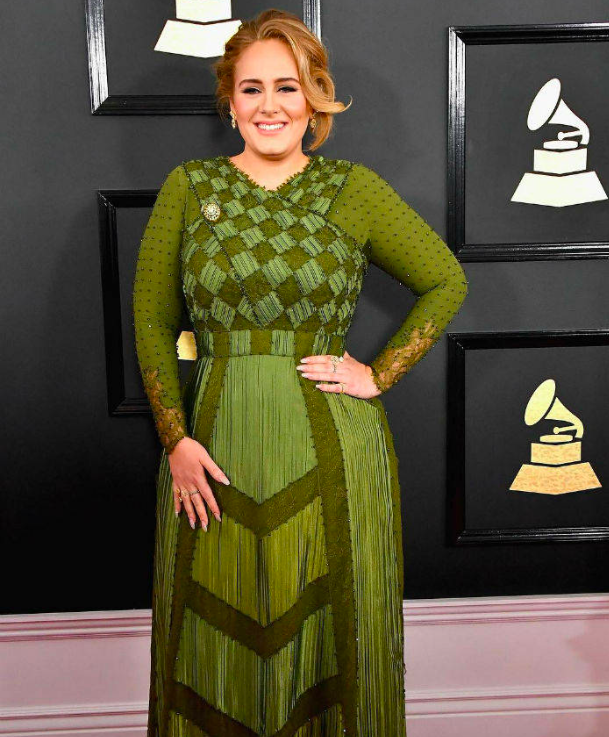 Instead of celebrating her achievements, online trolls were quick to point out the negatives. 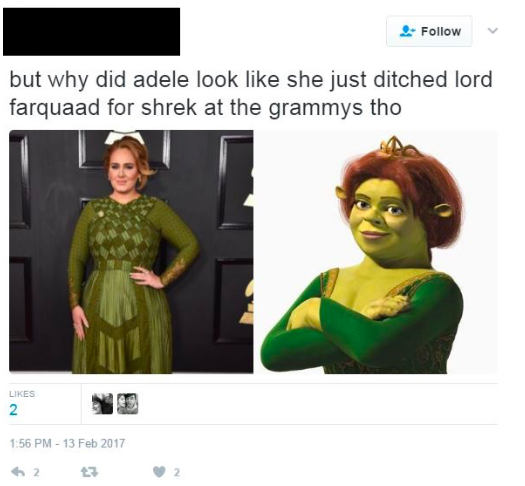 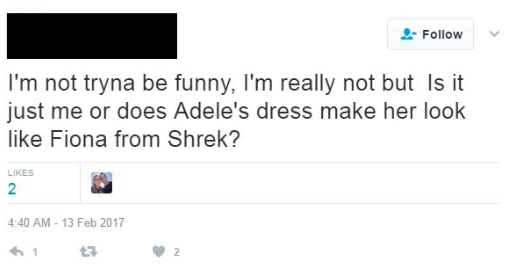 Adele stayed quiet and didn't address the trolls at the time, but during her recent gig inPerth, Australia, it seemed she'd had enough.

In true Adele fashion, she didn't mince her words.

‘I don’t f***ing care. It was Givenchy Couture!’ she told the crowd. ‘They can say what they want.’

She went on to explain that she worked hard to fit into the dress;

‘I worked out. Obviously I’m a large lady and I like eating food very much, but I was working out twice a day to fit into that Givenchy dress because it was quite tight.’

popular
Someone has ranked the penis size of men from all over the world
Man arrested after woman raped on train as passengers filmed it
How to turn 20 days of annual leave into 50 days off
Richard Madeley under fire for comments about Kate Middleton's waist
Why Are Men so Obsessed With Boobs? The Answer is Pretty Surprising...
Police launch investigation after woman "spiked with needle" in UK nightclub
Cast members of Schitt's Creek reunite for Sarah Levy's wedding
You may also like
1 week ago
Adele said that her anxiety caused her to lose weight
2 months ago
Adele apparently set to get her own residency in Las Vegas
10 months ago
Looks like we might finally be getting another Adele album - and soon
11 months ago
Adele's American accent on SNL is making us feel some kinda way
11 months ago
"I had to travel light": Adele jokes about weight loss in SNL appearance
1 year ago
We (and Twitter) want to talk about Adele's FABULOUS Christmas look for a minute
Next Page