Adriana Lima has revealed that she is pregnant in the most hilarious way, by pranking her boyfriend Andre Lemmers.

The 40 year old is already mum to two girls, Valentina, 12 and Sienna, 9, who she shares with her ex-husband Marko Jarić. 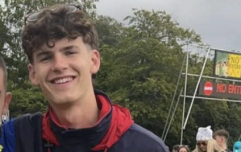 END_OF_DOCUMENT_TOKEN_TO_BE_REPLACED

The model shared her first-ever TikTok video on Friday, showing the exact moment she revealed that she was pregnant and catching Andre's reaction.

It then cuts to Adriana with a positive pregnancy test, with the caption: "Andre likes to scare me … but today is payback!” 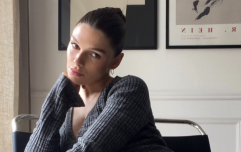 END_OF_DOCUMENT_TOKEN_TO_BE_REPLACED

She then films herself handing the test to Andre as he lays in bed and then left in complete shock.

The former Victoria's Secret model then showed a clip of her ultrasound and revealed that their newest addition is due in "fall 2022."

Adriana and Andre first went public with their relationship in September 2021 at the Venice Film Festival, and it is unknown when they first started dating.

Adriana finalised her divorce from professional basketball player Marko Jaric in March of 2016.

popular
Man charged with the murder of pregnant Natalie McNally
Priscilla Presley pays tribute to daughter Lisa Marie on her 55th birthday
Wayne Lineker called out for comment on Tommy and Molly-Mae's baby news
Natalie Imbruglia's Torn is actually a cover and the original just isn't the same
Chris Hughes reveals he has been rushed to hospital in "worst" night of his life
Dani Dyer reveals the gender of her twin babies
Patrick Clancy asks public to forgive his wife after she murdered their three children
You may also like
3 months ago
Teenage model with Down Syndrome makes history at NYFW
5 months ago
10 year old trans model becomes youngest to walk in New York Fashion Week
5 months ago
Gigi Hadid is soft launching her knitwear brand in time for Autumn
11 months ago
Victoria's Secret's first model with Down syndrome makes stunning debut: "dream come true"
1 year ago
People are only realising Kendall Jenner and Gigi Hadid are related and the reactions are gas
1 year ago
Ashley Graham gets front tooth knocked out after toddler headbutts her
Next Page