AJ Pritchard has spoken more about the impact of his girlfriend Abbie Quinnen's accident.

Yesterday, Abbie explained that she suffered third-degree burns while filming a video for her YouTube channel 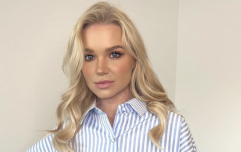 END_OF_DOCUMENT_TOKEN_TO_BE_REPLACED

AJ, who was with Abbie when it happened, told The Sun that he extinguished the flames and put wet towels on Abbie's skin. When they called an ambulance, they were told there could be a delay, so AJ's brother Curtis drove them to Ealing Hospital. Abbie was sent straight to intensive care.

"It was just a complete freak accident and what is scary was that helplessness," he said. "It felt like time stopped for me. What was seconds, felt like hours to put out the flames."

AJ told the press that he was also concerned about Abbie's breathing on the way to the hospital. 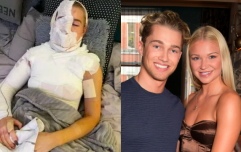 END_OF_DOCUMENT_TOKEN_TO_BE_REPLACED

He said: "The burns were one thing but the most important thing was Abbie’s breathing and sight. When you have burns, it’s also inhalation and, as it was her face, her sight."

The Strictly Come Dancing star gave an update on how Abbie's scars are healing.

"There are different areas and there are different degrees of burn and she will have a small scar in certain areas," he said. "But with time, they will heal and other areas will heal. The most important thing was that the skin grafts worked." 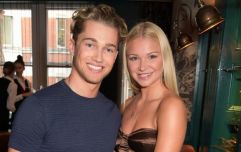 END_OF_DOCUMENT_TOKEN_TO_BE_REPLACED

He added: "The surgeon was very happy with the way that went and seeing the improvement from week to week."

The dancer also told the Sun about how traumatic the incident was to witness.

He said: "After I handed her over to the nurses and sat in the car, I just couldn’t even speak. My body had completely shut down, I was so emotionally all over the place."

He added that he will seek professional help to come to terms with what happened.

"My brain is a camera and it will never forget what was seen," he said. "It’s always there and, moving forward, it will always be there."

Additionally, AJ warned fans not to even attempt the dangerous wine bottle trick that left Abbie injured. "I urge them not to do that at all," he said. "Within a blink, she was on fire. It went horrifically wrong.”