Looks like it could be handbags at dawn for Alan Hughes and Oliver Callan...

Earlier this week, Alan proposed to his other half Karl Broderick in front of the nation on Ireland AM and people took to Twitter in their droves to congratulate the happy couple.

END_OF_DOCUMENT_TOKEN_TO_BE_REPLACED

However, Oliver, who is also gay, snubbed public gay proposals, referring to them as "vomit-inducing" and insinuating that he felt it was less about romance and more about "self-promotion".

END_OF_DOCUMENT_TOKEN_TO_BE_REPLACED

"That gay people, amid a supposed spirit of equality, are now choosing to mimic any ghastly wedding custom is embarassing. After years of celebrating difference, it turns out they want to be as bland and crass as everyone else." 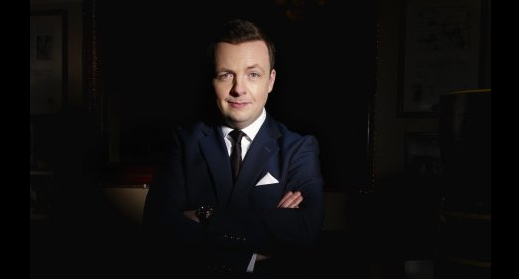 But Alan was quick to fight back, telling the Irish Mirror: "This is coming from the guy who came out on a Saturday night chat show? If that's not attention seeking, I don't know what is,"

"He obviously needs to sell tickets for his tour but if that's the type of bitter old queen we have in Ireland, then I don't know. I pity his boyfriend. Oliver needs a reality check."

Can't we all just get along?