Alicia Vikander reveals she suffered a miscarriage before welcoming her son

Alicia Vikander has revealed she suffered a miscarriage before welcoming her son last year.

The mum opened up about her heartbreaking loss in an interview with The Times.

The actress explained that she and her husband Michael Fassbender have a son now, but they struggled to start a family. 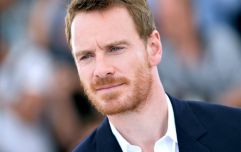 It's Michael Fassbender's wedding weekend in Ibiza... and he's living it up

END_OF_DOCUMENT_TOKEN_TO_BE_REPLACED

She told the publication, "We have a child now, but it took us time.”

Vikander's character in The Light Between Oceans also suffered two miscarriages. She explained that after it happened to her she related to her character's struggles more.

"[The miscarriage] was so extreme, painful to go through and, of course, it made me recall making that film [The Light Between Oceans]."

"That film has another meaning now," she shared. 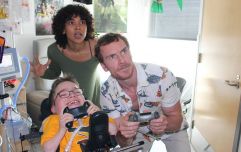 END_OF_DOCUMENT_TOKEN_TO_BE_REPLACED

Vikander is set to star as a pop star who has to return to the stage shortly after suffering a miscarriage in the new series Irma Vep.

She said playing characters like Irma has helped her process some of her heartache and trauma.

The mum admitted it can be hard to step away from the spotlight when you've suffered a trauma.

"I kind of stopped and thought, ‘Am I going to talk about this?’ But I think it’s universal and so many women go through similar things. And it’s tough.” 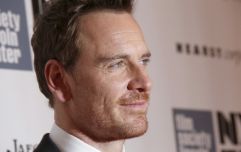 END_OF_DOCUMENT_TOKEN_TO_BE_REPLACED

She said it can be harder for Hollywood stars to process a loss like this because they are very rarely out of the spotlight.

Vikander said there are often times when an actor has to go to a movie premiere or a film set after suffering a loss and they're just expected to carry on.

"But there are times that myself or colleagues have been through something and, well, I can't understand how they went on to the red carpet afterward. To be met by people asking, 'How are you doing?' Given what they had just been through? Most people would not be able to step out of their house."

Alicia married fellow actor Michael Fassbender in Ibiza in 2017. The couple met when they starred opposite one another in The Light Between Oceans.