All Saints Speak Out About Sexism In Music Business

Being in a girl band takes a lot of hard graft.

We’ve all dreamed of being in a girl band at some point in our lives – whether it was Destiny’s Child, Spice Girls, Girls Aloud, or B*Witched. Their lives seemed like the dream, with tonnes of free clothes, makeup, attention and, most importantly, money cast upon them.

However, All Saints, one of our favourite 90s girl bands have opened up about the sexism they endured in the business during their careers.

At a time where girl bands were expected to be provocative and sultry, All Saints challenged the popular image with their cool, hip-hop aesthetic and speaking with BBC, they divulged the sexist responses they used to receive. 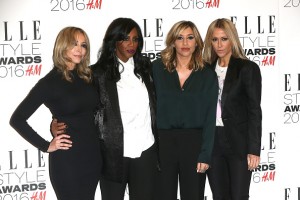 END_OF_DOCUMENT_TOKEN_TO_BE_REPLACED

Melanie Blatt confessed, “if we didn't want to smile one day, or we weren't really interested in doing an interview, we'd be labelled as stroppy cows."

The sexism continued in a more specific incident when the band were booked to do an episode of Top of the Pops.

END_OF_DOCUMENT_TOKEN_TO_BE_REPLACED

Bandmate Shaznay Lewis revealed the producers wanted to film the band from the shoulders up, giving the illusion that the girls were singing nude:

"They were filming images of us to use as a backdrop and they wanted us to take our tops off."

Upon protesting the producer's direction, Blatt remembers the band being told, "if you don't do it, you don't get to go on the show."

Get your shit together, Top of the Pops. Absolutely not cool.

popular
Wagatha Christie: Rebekah Vardy storms out of court just 30 minutes into final day
Only a matter of time before monkeypox spreads to Ireland, says expert
Claire Byrne Live viewers in shock as woman shares family DNA secret
Why Are Men so Obsessed With Boobs? The Answer is Pretty Surprising...
Surprise! Ed Sheeran announces he and wife Cherry have welcomed baby #2
How to INSTANTLY unblock your stuffy nose (we swear this works)
Here Are The Top 20 Most Common Pin Codes in The World
You may also like
3 days ago
Sorry but we need a Mika arena tour immediately
4 days ago
The six Eurovision countries with "irregular voting patterns" have been revealed
5 days ago
Eurovision producers reveal "irregular voting patterns" during Saturday night's final
1 week ago
My Chemical Romance are back and it's time for an emo revival
1 week ago
Nick Cave pays tribute to son Jethro, who has passed away aged 31
3 weeks ago
"My first memory of music was growing up in church:" Griff on her whirlwind musical journey
Next Page