Doctors have confirmed that Amanda Bynes has been released from the treatment facility in Pasadena, California, where she was being held following a court order obtained by her family.

The actress has been released following three weeks of care at the facility, after a request to be released was granted on Thursday evening.

According to reports from TMZ, Amanda appeared before the facility’s hearing board yesterday, and was noted as being “on her meds and sounds lucid.” The decision to release the childhood star overrules an L.A judge’s recent ruling that her time at the facility should be extended for another month following the original 30 days set out for the actress.

Despite doctors describing the star as “seriously mentally ill”, the hearing board ruled she is now “stable enough” that the involuntary psychiatric hold she’d been sectioned under could no longer apply. 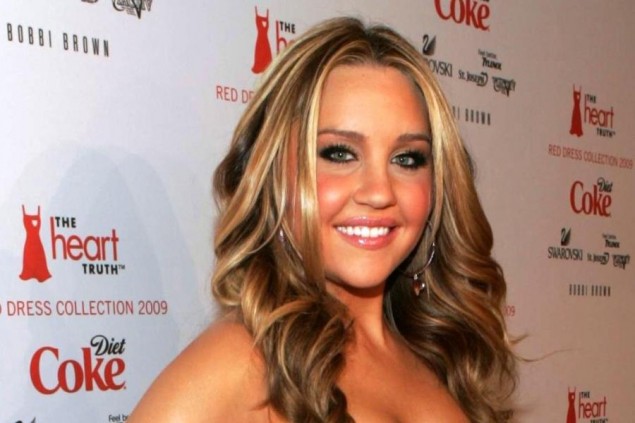 Since her release, Bynes was spotted dining alone on Sunset Boulevard talking to herself, according to passers-by. TMZ also commented the star has been refused entry for a number of hotels when looking for a room.

News of the actress’ release follows confirmation by People magazine that Byne’s mother Lynn has been granted a conservatorship over her and her $5.7 million estate.

It is not yet known how Bynes’ release will affect this development.

popular
Thursday set to be the hottest day of the year, says Met Éireann
After days of silence, Scott and Sofia finally comment on the break up rumours
PSA: White Claw Hard Seltzer is launching in Ireland next month
Her Quarantine Quiz Week 9: Iconic Irish music videos
A royal insider has revealed the truth behind Meghan and Kate's rumoured feud
Apparently, this is the moment the 'rift' between Kate Middleton and Meghan Markle began
So, William and Harry have a step sister... and who knew?
You may also like
1 year ago
Turns out, this colour of wine gives you the WORST hangover
4 years ago
Lily Allen has revealed that she was stalked for seven years
4 years ago
Pretty Little Liars actor Brandon Jones could be facing over five years in prison
4 years ago
Gwen Stefani Receives Massive Backlash After "Insulting" April Fools' Prank
4 years ago
Katie Price Names And Shames The Twitter Trolls Bullying Her Son Harvey
4 years ago
Kim Kardashian Blasts "Body-Shaming and Slut-Shaming" In Brilliantly Honest Post
Next Page